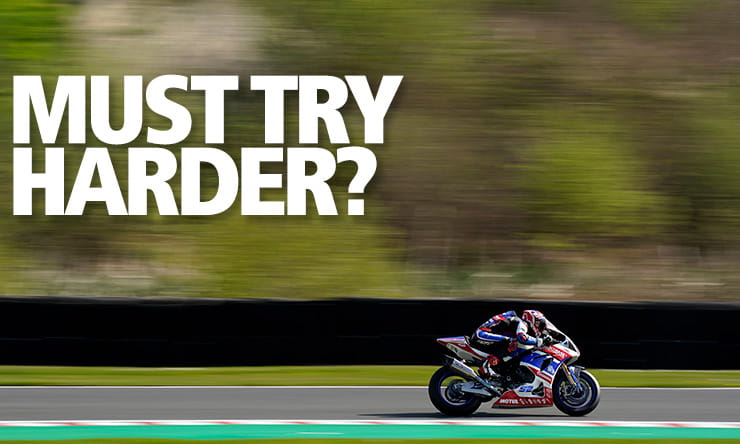 The 2022 Bennetts British Superbike Championship may only be three rounds young but we’re already almost half-way towards the cut-off point that will decide which eight riders will progress to the Title Showdown.

After a brief hiatus to allow some of its regulars to contest the Isle of Man TT, the 2022 Bennetts BSB Championship resumes with Round 4 at Knockhill this weekend.

While the short, undulating Scottish venue will feel like riding around a go-kart track for the likes of Peter Hickman and Dean Harrison, it sets the stage for what will be the first of five crucial summertime triple-headers to decide which riders will be have the chance to become BSB Champion come Brands Hatch in October.

Things are still close up at the top but in a series where the margins are fine and a single DNF can have major ramifications, which capable riders head to Knockhill knowing they need to kick-start their campaigns to give them a fighting chance? 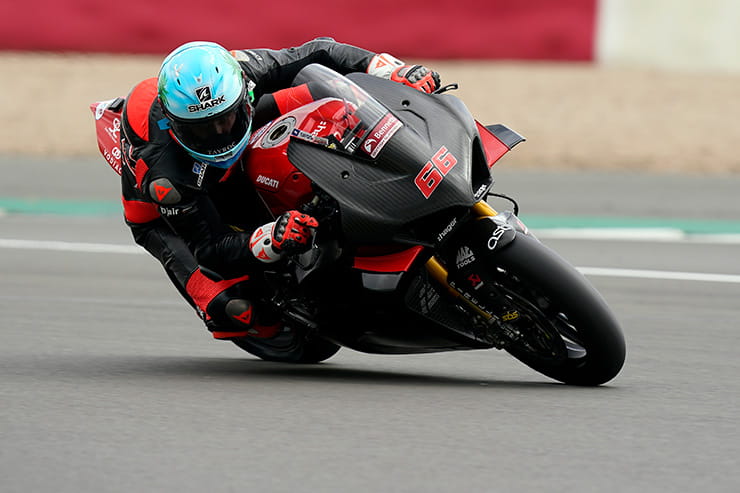 The high-profile return of 2013 WorldSBK Champion Tom Sykes has not been the headline-stealing ‘Scott Redding-style’ campaign that many were predicting.

Indeed, Sykes’ first BSB season since 2008 has been a somewhat humbling experience so far as he familiarises himself again with the rigours of BSB, where the elbows-out style of racing on electronics-free bikes around shorter, bumpier circuits are a far cry from the smoother, less frenetic style of WorldSBK.

While many will point to Redding - who joined the same Paul Bird Motorsport team straight from MotoGP - as a direct comparison, it appears the Ducati Panigale V4 R doesn’t have anything close to the competitive advantage it exerted over rivals in 2019.

Still, Sykes has been getting his head down and while results at his beloved Donington Park - where he achieved his best WorldSBK results - weren’t transformative, a seventh in race three was a step forward.

A chance to take a break and recalibrate might be everything Sykes needs to get his mojo back… even if Knockhill itself might be a shock to the system. 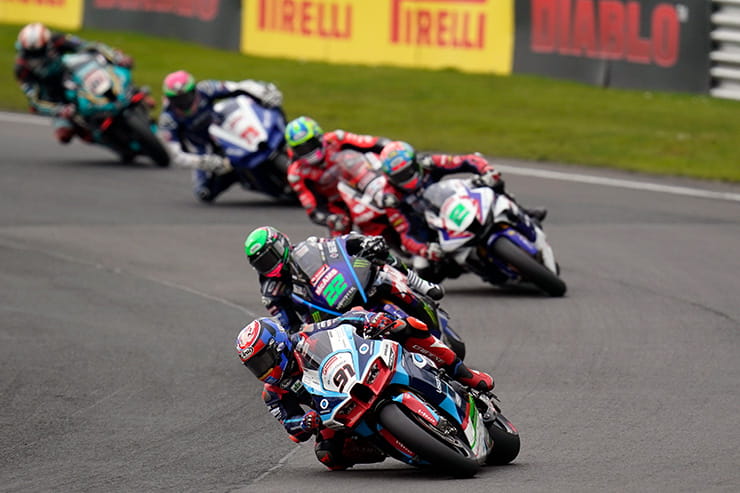 Similar to Sykes, Leon Haslam’s return to BSB hasn’t been smooth sailing, even if he has at least recorded a podium finish at Oulton Park.

In fact, he has proven competitive on the whole aboard the VisionTrack Kawasaki ZX-10RR, with a third place and two more top fives to his credit.

However - unusually for a rider renowned for his consistency - a trio of DNFs from nine races have left their mark.

On the plus side though, it means the performance is there, while he will take heart from the Kawasaki ZX-10RR package looking more competitive this year when you see FS-3 Racing up at the sharp end too. 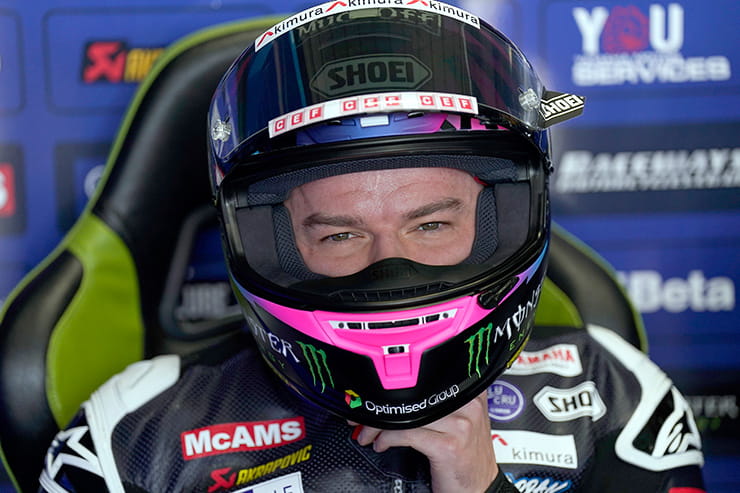 We can forgive Tarran Mackenzie’s lowly position in the overall classification because he’s only contested one of the three rounds so far due to injury.

That doesn’t make his job from here any easier though as he now has fewer opportunities from which to make up the ground he needs to even put him in with a shout of defending his title.

However, the protracted break will have helped to ease those lingering injury concerns, while Mackenzie will be particularly thankful for the Title Showdown format being there at all to cushion the impact of his six-race absence. 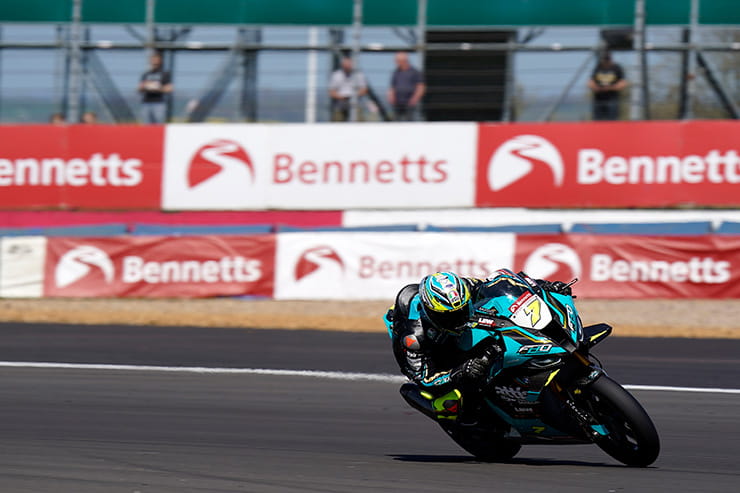 While his FHO Racing BMW team-mate Peter Hickman has been sweeping all before him at the Isle of Man TT, Ryan Vickers has been considering how he can get back in the hunt for a maiden Title Showdown spot after a difficult start to the year.

A rider that many feel hasn’t shown his full potential on the ‘big bikes’ as yet, Vickers is still hunting for his first BSB podium in what is now his fourth season in BSB.

With Hickman well placed for a fifth consecutive Title Showdown berth (the format was not used in 2020), Vickers won’t have much time to prove he can match his esteemed, experienced and - so far - more consistent counterpart in doing the BMW M 1000 RR package justice. 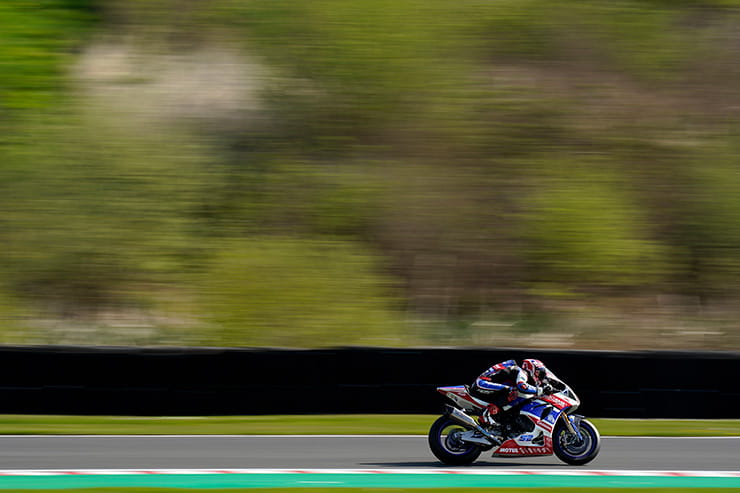 It has certainly been a painful 12 months for Danny Kent… and all because of Donington Park.

The 2015 Moto3 World Champion had just hit his stride in 2021 after a maiden podium at Thruxton, only to have his season curtailed a week later when he suffered a hip injury in a crash at Donington Park.

A particularly difficult injury to come back from, Kent nonetheless was present and correct with the Buildbase Suzuki team at the top of the year. However, after scoring just a single point in the opening two events, Donington Park bit again last time out when a crash left him ‘coughing up blood’ at the side of the circuit with damaged lungs.

It means Kent has a lot of work to do both in recovery off-track and results on it if he is to bridge a 66-point gap, but even just a pain-free run over the summer will represent something of a ‘win’.