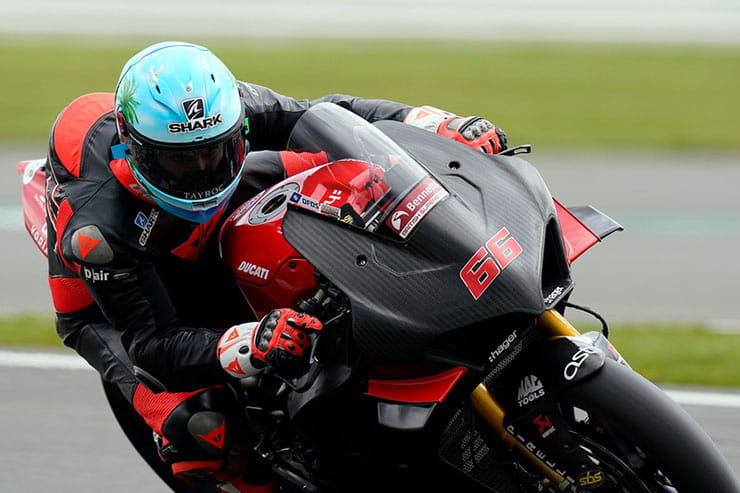 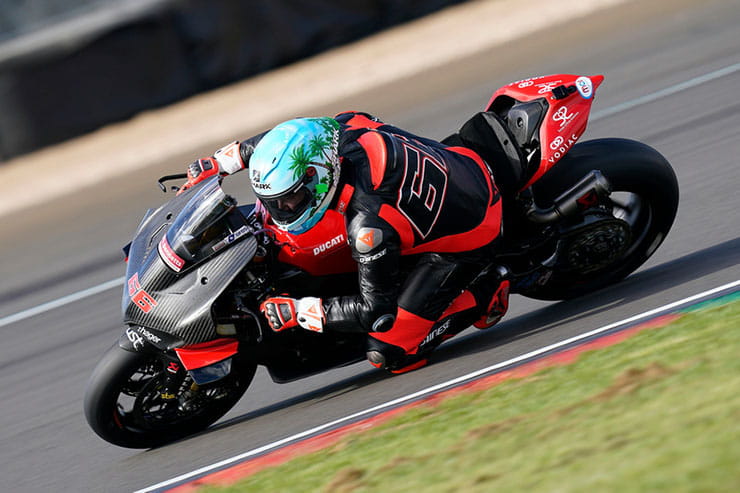 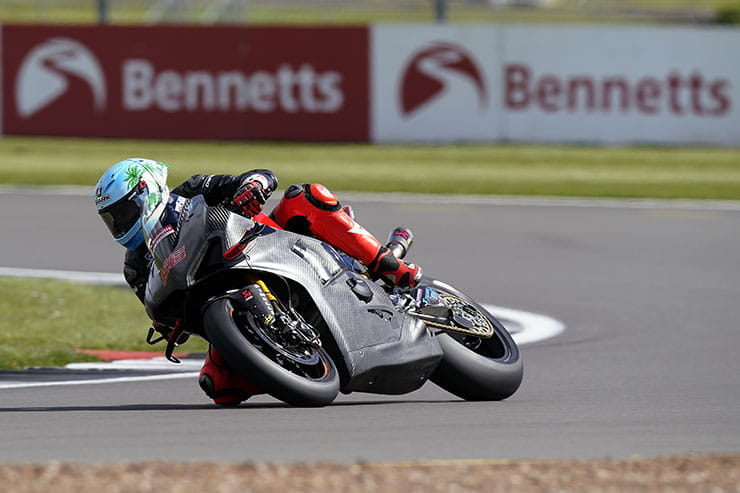 Tom Sykes says he is under no illusion as to the challenge that awaits him when he takes to the Bennetts British Superbike Championship (BSB) grid this season, even if the 2013 WorldSBK Champion maintains his ‘target is clear’.

The Yorkshireman embarks on a return to the domestic series he last contested in 2008, Sykes teaming with multiple title winning outfit Paul Bird Motorsport aboard a Ducati Panigale V4 R alongside double BSB champion Josh Brookes.

Coming ‘full circle’ some thirteen-years on from his last full season in the domestic ranks, Sykes would go on to become one of the most successful WorldSBK riders of the modern era upon graduating to the international stage in 2009 with Yamaha.

Enjoying a long and decorated nine-year spell at Kawasaki, Sykes secured a famous title win in 2013 - the first for ‘Team Green’ since 1993 - and went on to top the podium on 34 occasions and set a record of 49 Superpoles.

Making him the first British winner to bring WorldSBK title-winning status back to these shores, Sykes is mindful of the pressure and expectation that comes with his repertoire.

However, while the 36-year-old is setting similarly lofty goals for himself this year, he maintains he is ‘on the back foot’ too when it comes to adapting to the UK’s bumpier, more technical circuits and doing it without the familiar advanced electronics of his WorldSBK machines.

"I think it [the transition] is tricky," he told BikeSocial in an exclusive interview. "The circuits are different in WorldSBK, the electronics… out there I could roll out of bed and be confident with the outcome on the right package. So my first laps I admit, I was thinking we need to adjust and change my perception of some corners and the surface, so it’s just a different way of riding.

"I am realistic, I know I am coming to a competitive championship and I am the guy on the back foot lacking the circuit knowledge, but that is what practice is for.  It is a learning curve, I just need to react as swiftly as possible because there is tough competition there.

"[But] I believe in myself and I think I have the capability to achieve success. I think the target is clear, I just need to understand it quickly." 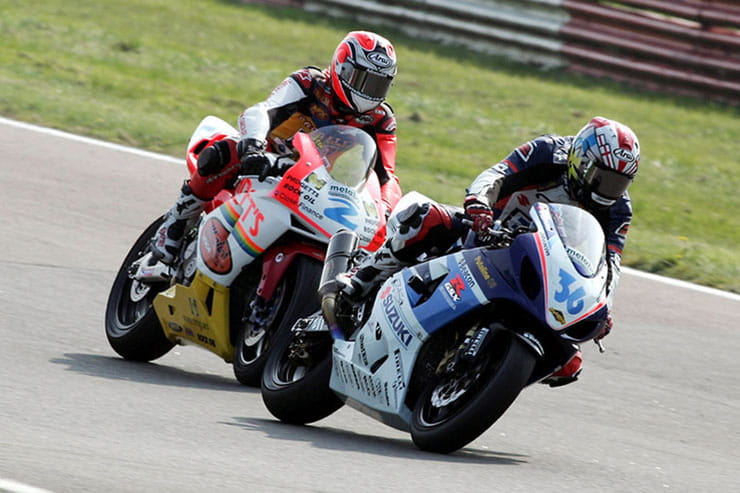 Above: Sykes leads Camier at Mallory Park back in 2005

While this will be Sykes’ first season campaigning Ducati machinery, it does mark a return to the PBM fold with whom he previously raced during the 2007 BSB season on the Stobart Vent Axia Honda, as well as in WorldSBK when PBM headed up Kawasaki’s factory effort in 2010 and 2011.

Having had his first touch with the Ducati in WorldSBK-spec at Misano prior to his PBM deal being announced, Sykes didn’t take long to make his presence felt during the first pre-season test at Snetterton as he turned in the second quickest time behind Jason O’Halloran.

Indeed, Sykes believes the Ducati is well suited to his riding style, while he is in no doubt PBM will provide all the support he needs to fight for a third BSB title for PBM in four years.

"Ducati has a fantastic racing pedigree and, honestly, it’s a pleasure to ride. I’ve been a fan for a long time so to have that opportunity in BSB is great, overall really enjoying riding it but we just need to understand the bike again.

"Since I last rode with PBM, there are a few new faces but the support is there, there are some good people in that garage. In 2007, 2010 and 2011, so we’re adding to that here, I feel I have the team behind me and the ingredients for a successful season."