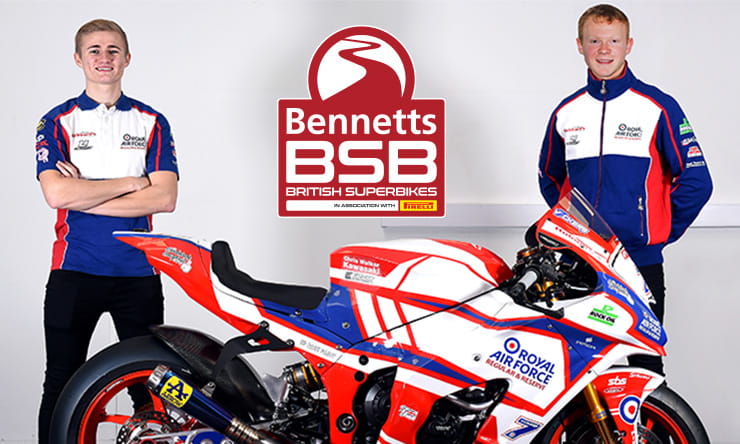 Ryan Vickers will once again race for the Lee Hardy Racing team in the 2021 Bennetts British Superbike championship for the third consecutive season.

But that’s not all because the Thetford-based 21-year-old will be joined by Lewis Rollo who’ll compete in the Pirelli National Superstock Championship in which he finished third last year.

The two young riders will do battle on the new 2021 Kawasaki Ninja ZX-10RR and the Norfolk based team have already taken delivery of the new machines ahead of the first official test due to take place at Donington Park on 13th April.

The team livery has yet to be announced.

Vickers, the 2018 Junior Superstock champion, remains with the team after an injury-hit couple of seasons but showed his pace and class to record a 5th and three top 10 finishes in the condensed 2020 season as he continues to learn the Superbike.

Also 21-years old, Scotsman Rollo switches from the Aprilia RSV4 on which he claimed a victory and a further two podium finishes in the shortened 2020 campaign.

Vickers said: “I am really excited to be ridding for the team again and it is amazing to be continuing our relationship for the third consecutive year. I really enjoy working with the team and I am excited to be involved with developing the new Kawasaki ZX10RR.

“I am still learning the Superbike and I want to keep progressing this year. I have been working hard throughout the winter and will be more than ready come the first official test in April”.

Rollo said: “I have known Lee since I was 12-years-old and have always followed the team’s progress. Last year I had an amazing season, and I learnt a lot; I want to build on that this year and keep progressing.

“This year stepping onto the Kawasaki, I’m hoping to take that next step forward and try to win the Championship before hopefully moving up to BSB with Lee Hardy Racing. I can’t wait to get started with the team and get out on the new 2021 Kawasaki Ninja ZX-10RR.”

Team Owner Lee Hardy commented: “The 2021 season looks set to be an exciting one for the team as we mark our eighth year in the Bennetts British Superbike Championship. Ryan remaining in the team means we have continuity, which is so important in racing, but at the same time we need consistency from him this season. We have already taken delivery of two of 2021 Kawasaki Ninja ZX-10RR and we are looking forward to debuting it on track.

“In the Superstock class, we have Lewis joining the team, Lewis has really impressed me with his performances in the championship, especially last year, so we are excited to see what he can deliver onboard the new Kawasaki. This is a class that the team first started out in and one which I have always had a passion for.”