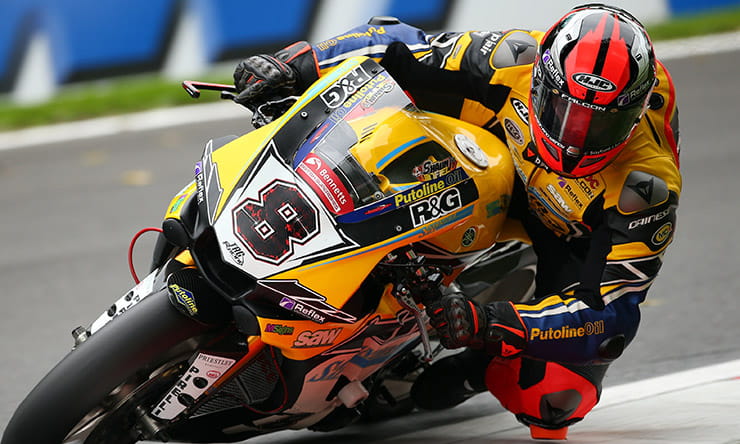 Swadlincote based TAG Racing will once again run two Bennetts British Superbikes in 2020, with Shaun Winfield switching to the Pirelli National Superstock 1000 Championship.

After five strong years in the blue-ribband Superbike class, 26-year-old Shaun Winfield will compete in the 2020 Pirelli National Superstock 1000 Championship onboard the all new Yamaha YZF-R1, which the team have secured ahead of the new season.

The 26-year-old has his eyes firmly set on a strong season in 2020, where he is aiming to battle at the front. Winfield will once again continue to be mentored by Chris ‘Stalker’ Walker, who will also be his crew chief.

Next year will see TAG Racing once again run a two-man British Superbike outfit, onboard the all new 2020 Yamaha YZF-R1’s, which the team will collect following on from the current campaign.

The team are currently in the process of selecting two strong riders to join the project, and will be making an announcement in the coming weeks.

Team owner Rob Winfield said: “We are pleased to announce our plans so soon for 2020, in the recent past we have waited but we felt it was the right time to inform everyone of our plans.

“It’s a delight of mine to once again be able to run two superbikes in 2020, our search for riders is well underway and we have already had a lot of interest. Although our performances over the recent two seasons have been under par by our high standards, we know we are still a race winning team and we have proved that in 2019 with Dan leading races, and getting on the podium.

“Our superbike plans are quickly coming together, and I’m already excited to see what 2020 will bring with the new R1’s that Yamaha have brought out. I have spoken to a few people that have already ridden the bike and they have spoken highly of it, so we’re expecting a strong season.

“In terms of Shaun he told me he wanted a new challenge and we feel as a team that moving into Superstock 1000 it is the perfect opportunity for him to go and win races. He now has five years of experience on a superbike which will set him up well for next season. I feel it’s a great move for him, and the new R1 should be great in Superstock form.”

Shaun Winfield said: “I’m excited for 2020, some may see this as a step down however I don’t, it was my choice to make the move to the National Superstock 1000 Championship and it’s one I’m excited for.

“I’ve loved my time in Superbikes, I’ve learnt so much and the experiences I’ve had will be extremely valuable next season. The new R1 looks great on paper and I feel with a strong winter under our belts, which the team have planned, we’ll be strong from the outset at round one.

“My aim is to win races, fight for the podium and be back at the front again where I know I can be. I’m under no illusions that it’s going to be easy, because it isn’t, but I’m looking forward to the challenge and ultimately I want to be challenging at the front, and prove a lot of doubters wrong.”

Next year’s 2020 British Superbike calendar has now been released and is available here.