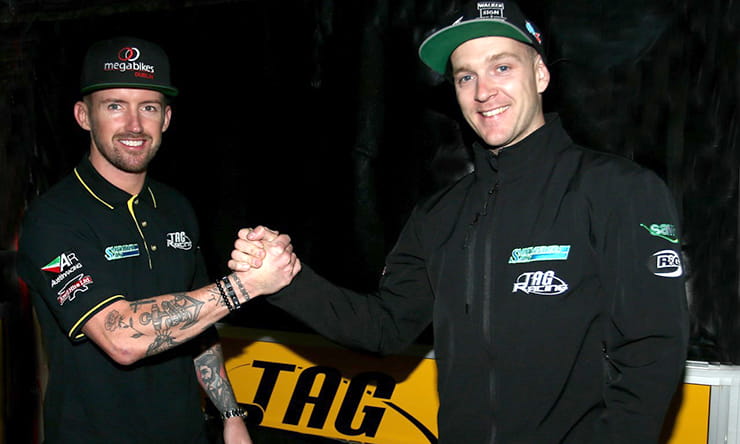 Santander Salt TAG Racing have confirmed that Dan Linfoot and double Dickies British Supersport Champion Jack Kennedy will contest for the 2020 Bennetts British Superbike Championship onboard the all-new YZF-R1 for the Swadlincote based team.

Following a positive but challenging year for the 31-year-old Yorkshireman, it has now been agreed that the two parties will continue to work together during the 2020 campaign onboard the all-new Yamaha YZF-R1.

‘Linny’ and the team have reached the podium once in 2019, taking second at Brands Hatch but both now have their sights set on a Championship attack next season.

Linfoot will be joined in the garage by Jack Kennedy, who last weekend regained his Dickies British Supersport crown at Donington Park following a second season of domination in the 600cc class, taking 18 wins so far.

Kennedy, who has last rode in the blue-ribband Superbike series in 2016 is excited by the prospect of return to the top class with the manufacture that brought him much success in the past.

The team are set to take delivery of the all-new 2020 spec R1 in the coming weeks, with a heavy testing schedule planned before the turn of the year, alongside taking part in the

2020 official BSB tests in Europe ahead of the news season, in order to give both riders the best possible chance of battling for a Showdown spot.

Dan Linfoot: “I’m really happy to get a deal done with Rob, Tracy and Gary for next season, looking back we have experienced some technical issues this year and with a view of them coming right it only makes sense to start 2020 with those issues out of the way and having a proper go at the Championship onboard the new R1.

“I don’t need to waste any time in getting to know the team, we can hit the ground running in 2020, and we will have a lot more testing time throughout the winter which is going to help massively.

“I never really join any team with the idea of doing one year and then going elsewhere, it’s like a girlfriend if you like, I don’t go into anything with a short-term plan. It was always in my mind to stay with the team to grow and I’ve made it no secret that I love the team, they allow me to go and do other things outside of racing so from that point of view I’m ready for to go in 2020 and have a real go.” 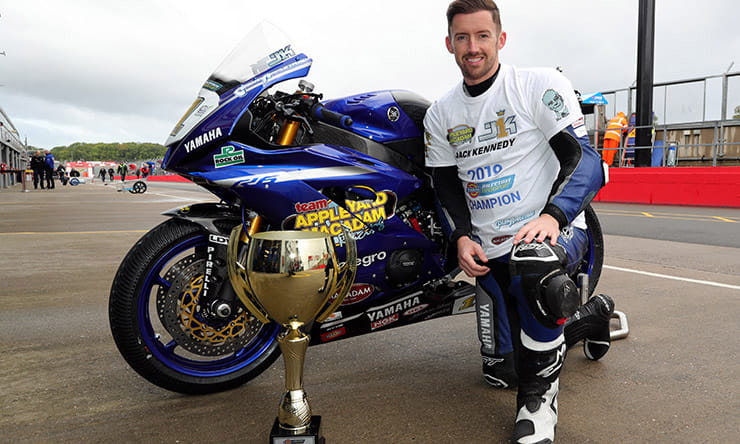 Jack Kennedy: “I’m over the moon, I had a job to do at Donington Park and that is now done so now I can focus on 2020 after getting myself a good ride in BSB with Santander Salt TAG Racing. I’m really excited, I’m happy to be staying with Yamaha as well, they are a good manufacturer to ride for and the R1 is a bike I feel I can really do well on.

“I feel like I have unfinished business in the Superbike class and with this opportunity I can prove myself again on a big bike. It really fits into place, the team speaks for itself for what they have done in the past, they have been around a long time also, which is good and I really feel I can put myself up the sharp end on a competitive bike that the team turn out.

“It almost feels identical to the Appleyard team because it is such a family run team, with a family environment and from the conversations that I have had with Rob and a few of the other lads in the team I get that same feeling and I really enjoy that. It’s a real welcome feeling because I am starting a family myself so there is no better time to join another family orientated outfit, I’m really looking forward to it.

“The new R1 has a lot of upgrades and updates to it so I’m sure it will be a stronger package, I’m excited to see what it is like, and also I’m excited to hear what Dan thinks because he will have ridden the old and new models.

“My goal is the Showdown of course, I haven’t felt as good as I ever have done in the last two years and I know I can put consistent results together, obviously it needs to be in the top five or six but I feel we can get there when I get comfortable on the bike, there is no reason why we can’t be up there.” 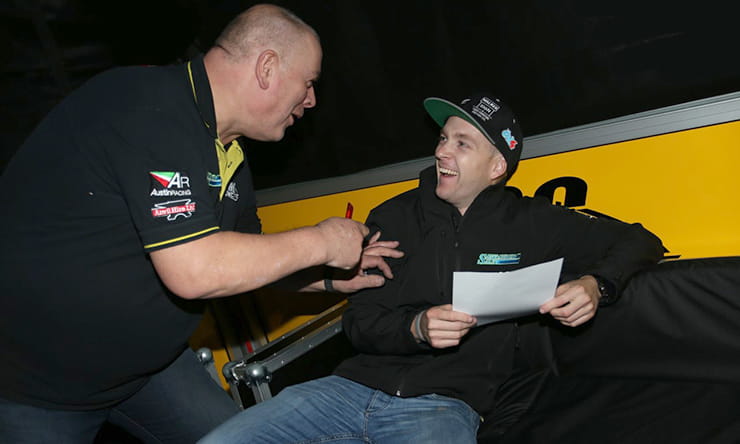 Team owner Rob Winfield: “We’re delighted to have secured the quality of Dan and Jack for 2020, when Shaun told us his plans for next year our idea was to get two of the strongest Riders out there onboard, and we fully believe we have done that.

“Although 2019 hasn’t lived up to what we and Dan expected the continuity is vitally important for us both, because the relationship the team has with him is fantastic, and he’s a perfect fit. The new spec R1 is just what we all need to freshen up our project, and going forward we are excited to see the results.

“To sign Jack is a great moment for us all, it’s not every day you get the chance to sign a double British Champion, and it’s my pleasure to welcome him to TAG Racing for 2020. From our initial conversations with Jack he ticked all the boxes of what we want from a rider, and I feel he will be a great fit in the team.

“Our goal for 2020 is to have both Dan and Jack fighting for the podium week in, week out.

We know we have a lot of development work to do during the winter but we’re confident we have one of, if not the, strongest line ups on the grid for next season, so bring it on.”

The Bennetts British Superbike season gets underway earlier next year, with Silverstone hosting the first round of the Championship on the second weekend of April. Check out the full 2020 British Superbike calendar here.