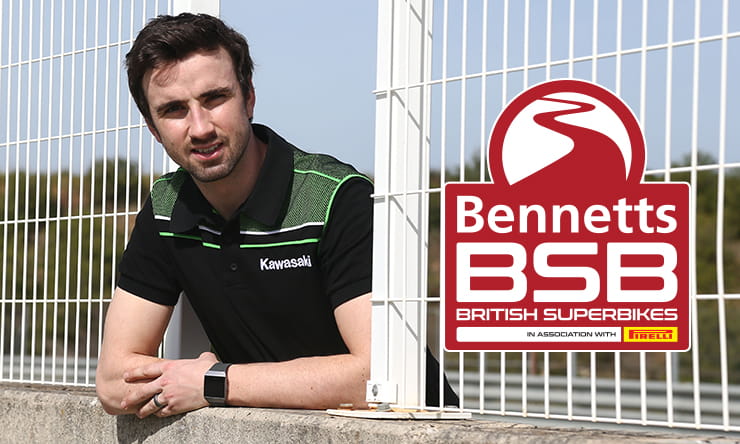 Following recent speculation in the motorcycle media, Kawasaki have today confirmed Graeme Irwin will switch to tarmac racing in 2019 aboard the new Kawasaki Ninja ZX-10RR.

Graeme enjoyed many triumphant years during his motocross racing career however an injury to his wrist forced the Northern Irishman to reconsider his future in the world of motorcycle racing. The physical demands particular to Motocross and the impact it would have on his wrist saw Graeme look towards Superbike racing.

“Although it feels really strange that my Motocross career is finished and I have a new adventure ahead, it’s great to have such fantastic support all around me and I’m enjoying the zero pressure attitude that everyone has. I want to have fun racing again and Kawasaki have allowed that to happen. At the start of the year I am expecting to be a little off pace until I find my feet, but I plan to make improvements with every race. It’s all new to me, race tracks, road bikes and knees down but I can’t wait to get racing for Team 109 Kawasaki in April.”

Graeme is the third of the Irwin brothers to switch to tarmac racing with both Andrew and Glenn already turning wheels in the British Superbike Championship. Glenn, who will also be racing a Kawasaki Ninja ZX-10RR in this year’s series says, “Whilst I was gutted to see Graeme’s Motocross career end, Graeme has always been a highly talented and professional rider and we knew we had to get him onto a road bike. Due to my new relationship with Kawasaki UK and the recent success of the Ninja ZX-10RR, we mutually decided that Kawasaki and the Team 109 Kawasaki squad was the best combination for him to move forward. I’m very proud to be a part of Graeme’s new journey.”