Ducati Performance TriOptions Cup to continue in 2020 and beyond 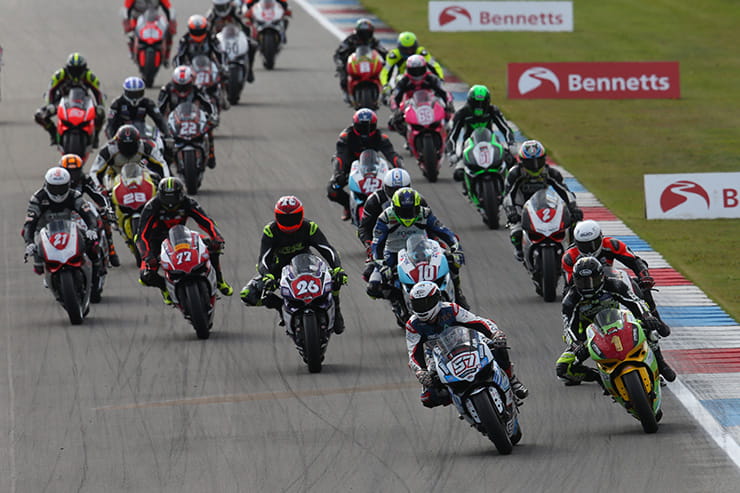 Ducati UK is pleased to announce the continuation of the Ducati Performance TriOptions Cup for the next two years, with an option for a further year. The championship will celebrate its 10th year as a support series for British Superbike Championship having first become part of the BSB calendar in 2011.

The Ducati Cup, originally known as the 848 challenge, began in 2010 as a club championship before joining BSB as a support race a year later. Since then the Ducati Cup has evolved with the 848 Evo, 899 and the current 959 Panigale Superbike.

The championship has boasted strong grid numbers throughout its 10 years and includes two riders, Peter Hasler and Mark Cheetham who have been virtually ever present to this day. The Ducati Cup has also been a steppingstone for riders looking to move up the racing ladder and compete in higher classes. 2017 Ducati Cup Champion Joe Collier went on to compete the following year in the Pirelli National 1000 Superstock championship finishing 3rd overall, whilst 2018 Runner up, Lewis Rollo and 5th placed Levi Day both currently sit inside the top 10 of this year’s National 1000 Superstock Championship.

The success of the Ducati Performance TriOptions Cup has also been generated from the affordability and competitiveness of the racing and the camaraderie of the Ducati paddock. Ducati UK directly backs the series with a race support package and is assisted by Ducati Cup ambassador Steve Plater who attends all the rounds. Steve is there to give advice and act as a representative for the riders.

The championship will continue to be present at 8 of the 12 British Superbike rounds, consisting of sixteen races with the traditional overseas round in Assen.

"We are very proud of the success of the Ducati Performance TriOptions Cup which is very much down to the commitment and enthusiasm of the many riders who have joined the grid over the years. Also, a major factor has been the professionalism of MSVR in ensuring that the Ducati Cup continues to thrive. I’m looking forward to the 2020 season and beyond with the series providing a high standard of racing within the premier National championship, British Superbikes." - Tim Maccabee, Managing Director, Ducati UK

"The Ducati Cup, across the various models has been an important part of the BSB race weekend action since 2011 ensuring full grids and competitive racing. I’m delighted to confirm the continuation of our partnership with Ducati UK to secure their race series on the BSB program for at least the next two seasons, recognising that 2020 will be the 10th anniversary of the association." - Stuart Higgs, Series/Race Director of British Superbike Championship