Bridewell to stay with Oxford Racing Ducati in 2020 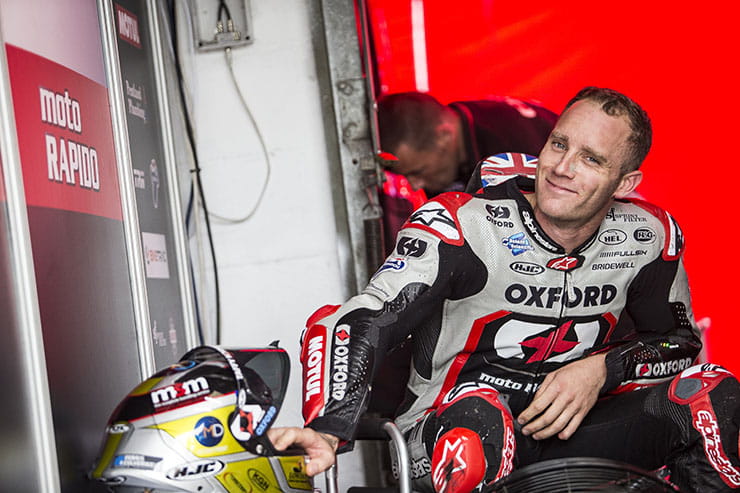 Moto Rapido Ducati have announced that they have successfully retained Tommy Bridewell for the 2020 Bennetts British Superbike Championship with the continued partnership of Oxford Products following their strongest campaign to date this season.

Bridewell has taken the Winchester-based Ducati dealership team to their first Showdown position this season with a round still remaining of the Main Season, celebrating ten podium finishes so far this year ahead of this weekend’s triple-header Title Fighter decider at Oulton Park.

Bridewell said: “I think for me the emphasis is on continuation and building on what we have done this year, because I have never had that continuity before and in this game that makes a big difference. We have seen how strong the V4 is and for me there was never any doubts - it was important to stay in this team, in BSB for 2020.

“Me and Wilf [team owner] just work! Honestly it is a great team for me to be with and that shows in what we have done so far this year. It is that time of the season; but we have our Showdown place confirmed already, our deal for 2020 confirmed already and that puts us in a really strong position now before the end of the year.”

Team owner Steve Moore commented: “The 2019 season for Oxford Racing has been fantastic, rewarding all our sponsors with 10 podiums so far and never holding less than third in the championship standings. With Tommy being a serious championship contender, I have been keen to keep the momentum going by securing and announcing our 2020 plans earlier than normal.

“This time of year the paddock talk starts to focus on next season, which can be a distraction for the teams and riders.  So my plan was to secure Tommy for the 2020 season as soon as possible.  It’s a huge compliment to have so many high quality riders express interest in joining our team, a credit to the professional job my team do, but Tommy was of course my first choice. It is a bit of a shame he is much more expensive than last year now that is the price of success I guess! But I think we can attract some more sponsors from our achievements. So now the silly season of 2020 uncertainty is over for us, we can get on with 2019 and plan a testing schedule for next year.”