BSB | Taz Mackenzie: “I went to Knockhill not knowing if I was going to ride” 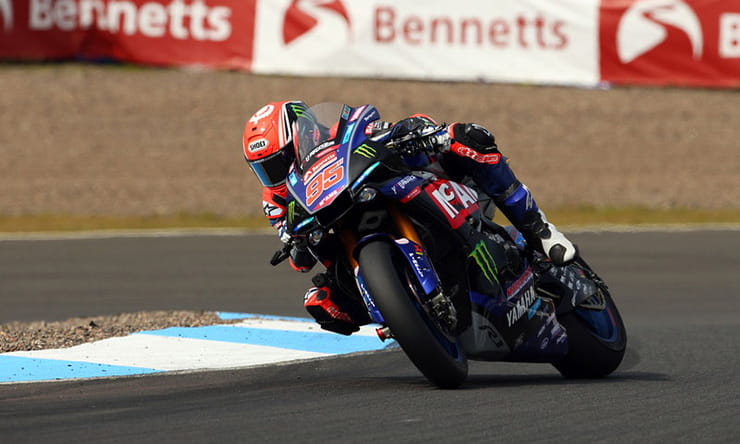 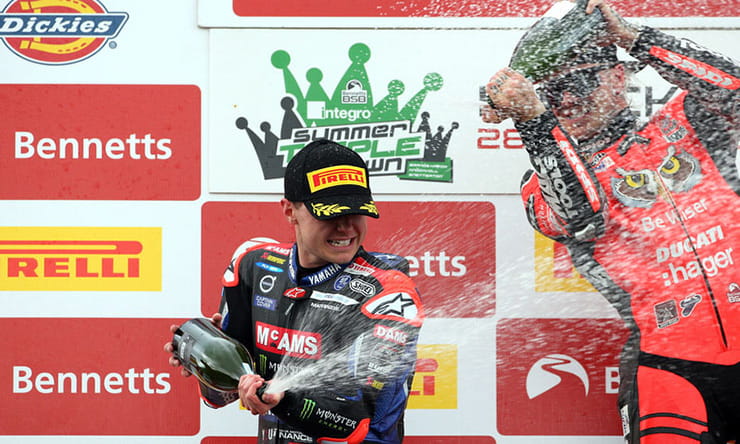 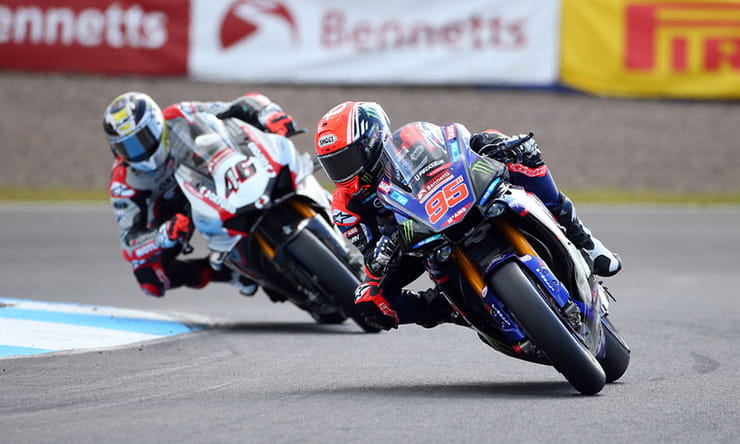 McAMS Yamaha’s Tarran Mackenzie walked away from his ‘home’ race having achieved a special Bennetts British Superbike Championship podium in front of his beloved Scottish fans.

Mackenzie took second place in race two at Knockhill after a bruising opening race, where the youngster crashed out heavily on lap 10 as he chased leader, Danny Buchan.

But he soon regrouped for the second race and admitted afterwards that a podium at Knockhill is always special for the Ashby-De-La-Zouch resident.

“Whether it’s my home race or not it’s special for me to get a podium at Knockhill,” smiled Mackenzie speaking to BikeSocial from outside his McAMS Yamaha pit garage in Scotland. 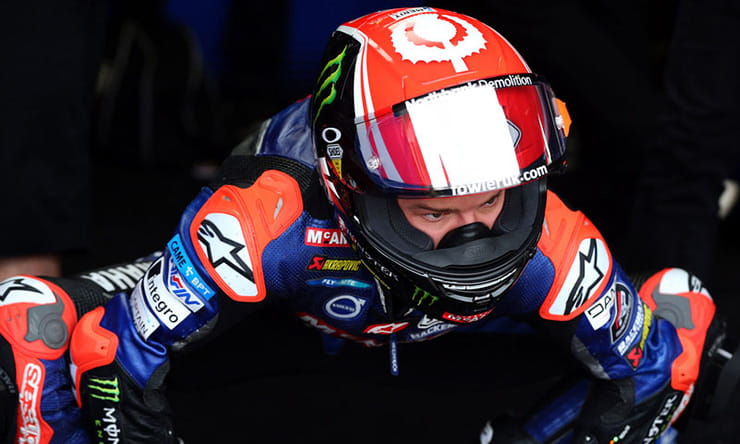 Above: Taz leads the way for the McAMS Yamaha squad in 2019

“I didn’t really know what to expect because I was pretty beaten up after Brands, and I came into the weekend not knowing if I was going to be riding or not.

“But in FP1 I felt quite comfortable on the bike and I progressed from there really, so I’m happy that the body is ok.

“It took another beating after race one, but I just went back to the motorhome, went to sleep and tried to forget about what happened and came out fighting in race two.”

The last two rounds have been tough for the pint-sized Mackenzie, after missing the two races at Brands Hatch through concussion, and crashing out of the first race at Knockhill, meant that he’d lost out on a potential 75 Championship points, and heap of podium credits.

But even after losing out on a high chunk of points, the former Moto2 racer is still sat comfortably within the all-important top six and Mackenzie admitted he was happy to walk away with a second place.

He also added that it shows the rate of progression he, and his McAMS Yamaha outfit, have made since his debut race in 2018. 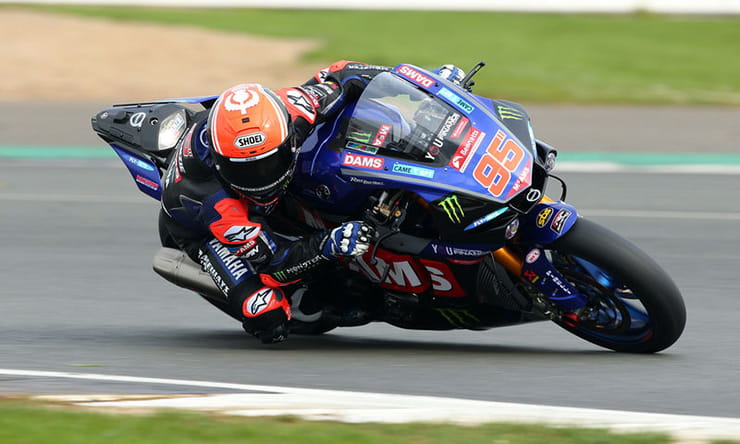 Above: Mackenzie was overjoyed with his Knockhill podium

“I am happy, especially after Brands Hatch where I didn’t even get to race, and then crashing out of race one at Knockhill.

“I was really annoyed with myself for doing that. To get second it was tricky, I probably rushed a little bit off the start and I needed to settle down and get in to a rhythm, but then the safety car came out.

“The wind was really strong around the back of the circuit and I was doing really well just to keep hold of it, the thing was trying to throw me off and one time it actually knocked the brake pads back, I couldn’t stop and then Tommy came past.

“After that I got my head down, I tried to chase after Scott, and I saw Danny had crashed out, so I was in a nice groove but then it was cut short.

“If I had of stayed at that pace, I don’t think I would caught Scott anyway but I was happy with my pace, and to come out of Knockhill with a podium it shows the improvements from 12 months ago. 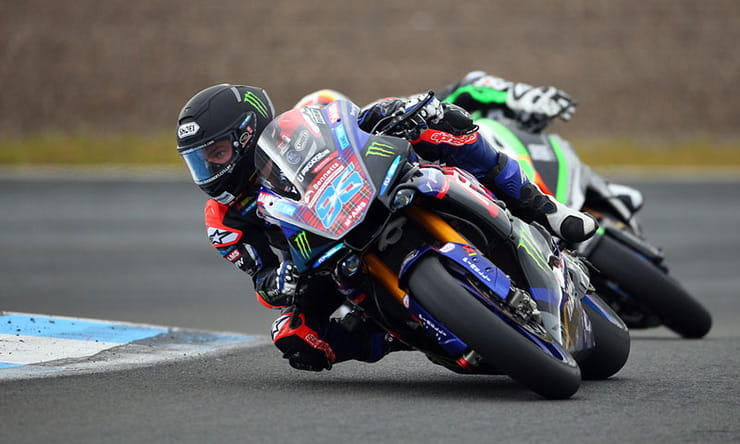 Above: Mackenzie almost took victory in race one ahead of Buchan

“I struggled to get in the points last year, so I’m not disappointed with a second. I couldn’t ask for much more and I’m ready for Snetterton now.”

It has been a tough few weeks for Taz who has struggled to train in the break between Brands Hatch and the trip to his home race, due to the after effects of his heavy crash at round four.

But after days and days laid on the sofa taking in hours and hours of Homes Under the Hammer, Mackenzie told BikeSocial that it was difficult not being able to do anything for himself, but he was pleased it didn’t affect his riding.

“It didn’t knock me back in terms of riding because the first lap out in FP1 at Knockhill I was fine.

“But at home it did because I had concussion and basically hurt my back, I just had to sit and do nothing really.

“It was annoyed really because it wasn’t like I was going to work to forget about it, I was just sat at home doing nothing, so I just tried to rest up, do the right thing, and luckily it paid off. Now we have a little bit of a break before Snetterton I can get properly fixed up.” 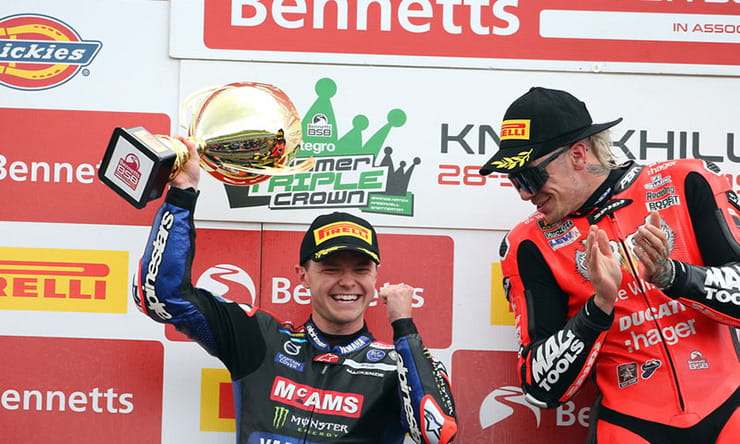 However, it was damage limitation for Taz who now has a 48-point gap separating him and Scott Redding at the top of the Championship, and he was surprised when he was told he still apart of the Showdown places.

Podium credits are more important than Championship points at this stage of the season, and if the Showdown began at Snetterton then Taz would be third in the standings, just six points shy of the top.

And with circuits on the horizon that suits the Yamaha well, such as Snetterton, it could only be a matter of time before Mackenzie is back in the hunt at the front consistently.

“I didn’t know I was still in the top six, so that’s nice to know. Obviously after Brands I was quite luckily with Scott not scoring any points in race one, and Josh and Tommy didn’t gain too many points on me.

“I came out 37 points behind which I was quite happy with. Obviously, the podium credits are the biggest and not racing at Brands was frustrating.

“But then I went to Knockhill and thought ‘let’s get two races, if I’m fit then let’s get on the podium twice’ after race one I thought it was a disaster, but I certainly made up for in race two.”

If Mackenzie wants to become the 2019 Bennetts British Superbike Champion then he knows more than anyone that he must cut out the unforced errors, because under his own admission he’s got away lightly so far.