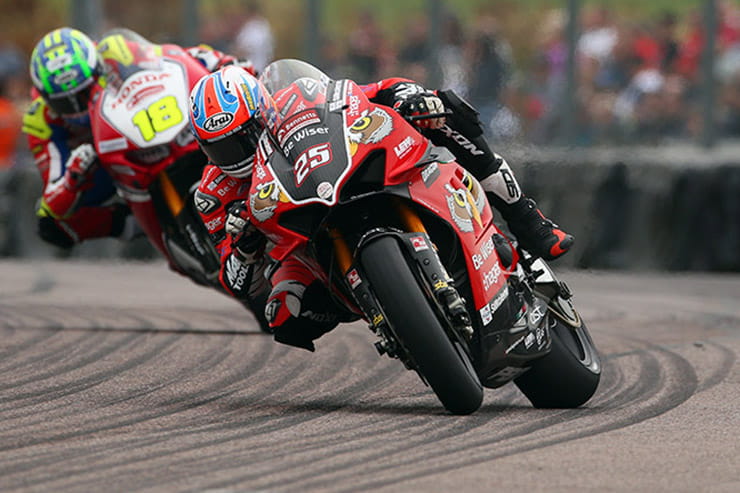 It's only been two weeks since the last round of Bennetts BSB at Thruxton, where good weather combined with close racing meant that record numbers turned out to watch the racing. With a weekend attendance in excess of 40,000, it goes to show that the Bennetts British Superbike Championship series is one of, if not the, best national championship in the world.

In case you missed all the action from Thruxton, here's a brief summary of what happened:

In race one, Andrew Irwin delivered Honda's first win of the season and became the sixth winning rider so far this season. Irwin's win was far from comfortable though with the winning margin just two-tenths of a second from championship leader, Be-Wiser Ducati's Scott Redding. Redding's team mate, Josh Brookes completed the podium just six-tenths behind Redding.

If a surprise winner in race one wasn't dramatic enough, the action continued into race two when, after cutting the chicane and being deemed to have gained an advantage, Scott Redding was given a long-lap penalty. With only three laps of the race remaining, Scott 'declined' to take the penalty on track, and as a result, was penalised 15 seconds on his race time. With BSB racing some of the closest we've seen in a long time, those 15 seconds had a massive effect, pushing Redding's official finishing place down to 22nd place, and well out of the points.

At the head of the field, Be-Wiser Ducati were notching up their eleventh win of the season courtesy of Josh Brookes who gained the upper hand over Andrew Irwin and took the win by over four seconds. Irwin's second place was by the narrowest of margins though with BMW's Peter Hickman just one-hundredth of second behind. Redding's lack of points in race two halves his lead at the top of the table from 41 points to just 20.

In the Supersport class, Championship leader Jack Kennedy sealed a double win to extend his lead at the top of the table, despite not being the first to cross the line in both races. That honour went to Kyle Ryde, competing the GP2 cup* on the GP Racing Kalex.

Integro Yamaha's winning ways continued at Thruxton where they completed their second, consecutive, double one-two, with Brad Jones taking second in both races. The podium was completed by Alastair Seeley (EHA Yamaha) in the sprint race and Tom Oliver (SGR Racing Yamaha) in the feature race.

*Designated British GP2, it allows for current Honda-powered Moto2 machinery that has been used in World or European Championship competition as well as new, independent constructor projects utilising any 600cc four cylinder or 675cc three-cylinder engines to a technical specification very similar to Stock 600. 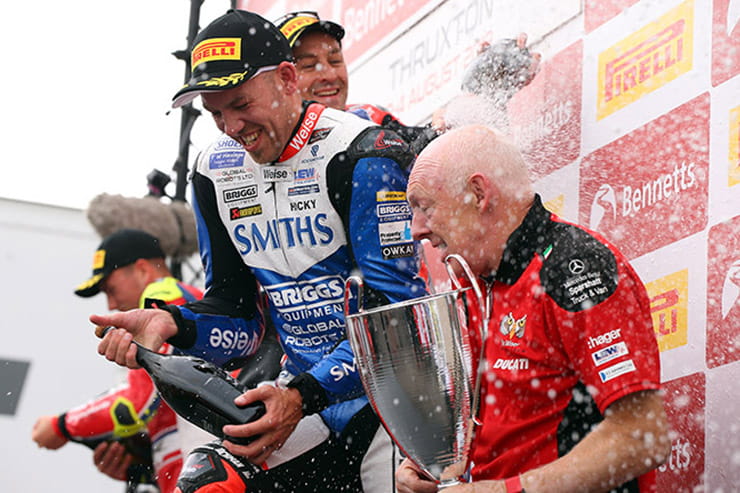 Here are the all-important tables after seven rounds of action.

Don't forget that the final three BSB rounds (seven races) are run under showdown rules, so there's all to play for in the next two rounds.

If you’re travelling to Cadwell for the weekend’s action and want to know what is happening and when, then take a look at the official timetable for the three days.

** IMPORTANT: DUE TO BAD WEATHER, ALL FRIDAY RACING AND PRACTICE HAS BEEN CANCELLED. REVISED WET WEATHER SCHEDULE HAS BEEN ISSUED AS BELOW ** 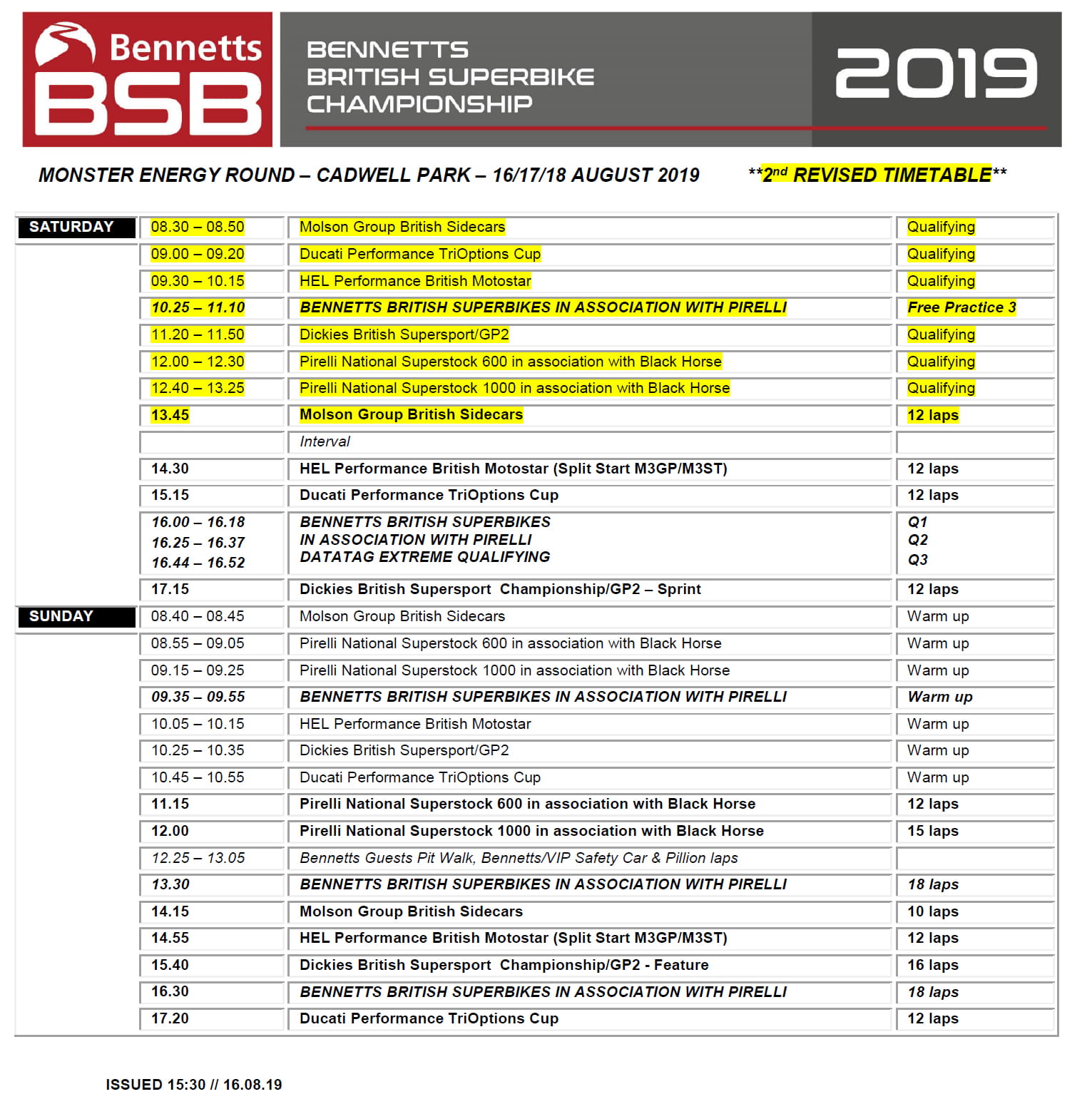 If you can’t make it to Cadwell this weekend, then don't worry because Eurosport have you covered, with live coverage of all the action.

If you are yet to purchase your tickets, you can still get them from https://cadwellpark.msv.com/CP-19-BSB/Admission-Tickets for as little as £28 for an adult Sunday ticket or £17 for 13-15 year olds. Under 13s are free. 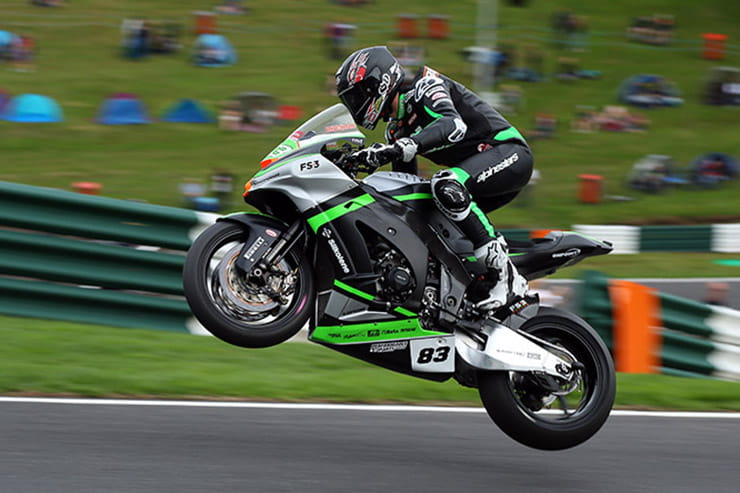