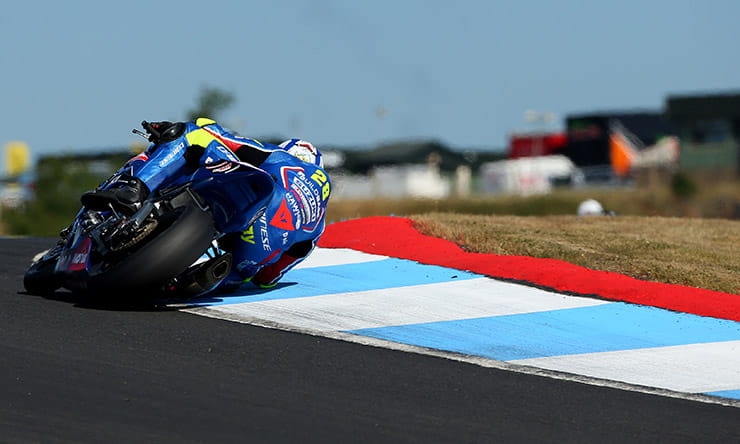 It’s been a short wait but this weekend the Bennetts British Superbike Championship roars back into life, north of the border in Scotland, as the paddock travels to Knockhill.

The Fife circuit is a firm fans favourite and has created some of the closest racing seen in recent years in the Championship, and this season is shaping up to be no different with eight different podium finishers in from the first nine races.

And as always BikeSocial has all the information, facts and everything you need to know about the Knockhill circuit before the action gets underway on Friday.

Tommy Bridewell is currently leading the way in the Championship race with just a mere 14- point gap over closest rival Josh Brookes, with Scott Redding in third, so the battle for the victories will be as tight as two weeks ago at Brands Hatch.

The Integro Triple Crown is now well underway, which will see one rider potentially walk away with £75,000 if they win all six races in the ‘Summer series’ consisting of Brands Hatch, Knockhill and Snetterton, and Josh Brookes is the man in charge of that hunt.

If ‘Badboy’ takes the double in Scotland he will have one hand on the prize money, however Knockhill isn’t a favourite of the Bringelly man so only time will tell what the results will be. 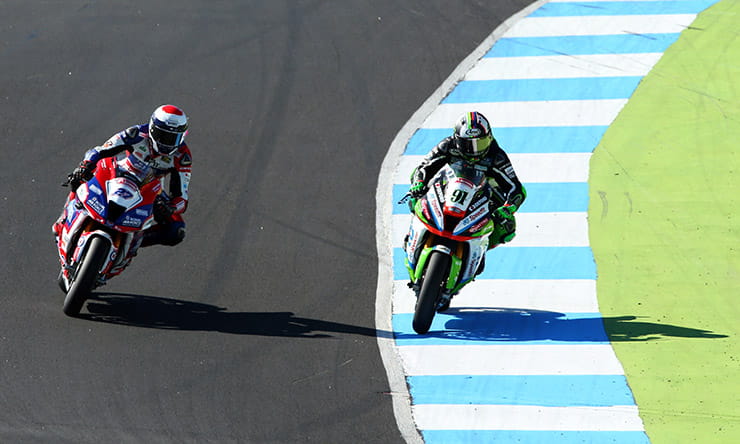 Let’s take you back to last year where, as always, the racing was hotly contested, and the battles at the front came down to the wire. Jake Dixon and Leon Haslam shared the victories with Danny Buchan collecting a pair of third trophies, which would see him become an unlikely showdown contender.

Although the top three were pushed all the way by Glenn Irwin, Bradley Ray and Michael Laverty, ultimately it would be a Kawasaki 1-2-3 in both races.

Now if you are travelling north of the border this weekend and visiting Knockhill for the very first time, you’ll need to know the ins and outs of the shortest circuit on the BSB calendar.

But fear not, BikeSocial has all the information you’ll need to make the weekend one to remember.

Car parking is located at the entrance to the circuit on the left-hand side, as well as around the back of circuit. You will be directed by circuit staff and car parking marshals to the available space. Parking is free for all spectators.

Bike parking is easily accessible on either side of the main entrance. 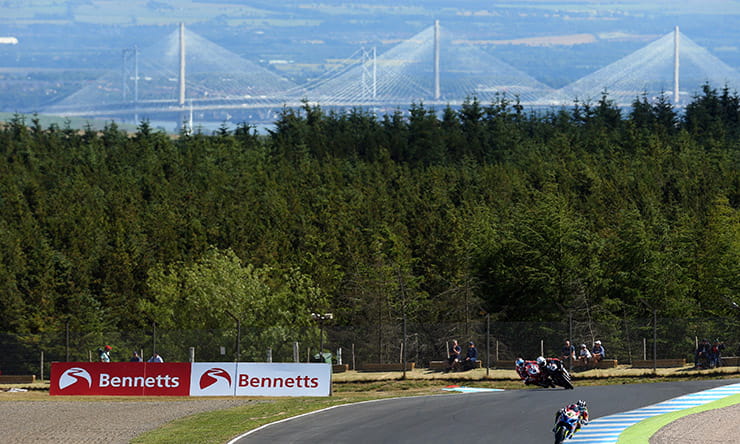 Knockhill has two of the best cafes at its disposal on the British Superbike Championship calendar, both within close proximity of each other in the circuit paddock.

The main restaurant is located by the main entrance of the circuit with the second at the bottom of the paddock just behind the media centre and the race trucks.

As always there will be independent food vans dotted around the circuit where you can treat yourself to haggis, neaps and tatties.

Where to watch from

There are a number of great vantage points to take in all the action at Knockhill, with some corners at such a height you’ll be able to see the whole track. However, if you want to watch from one place then we have two great places for you: 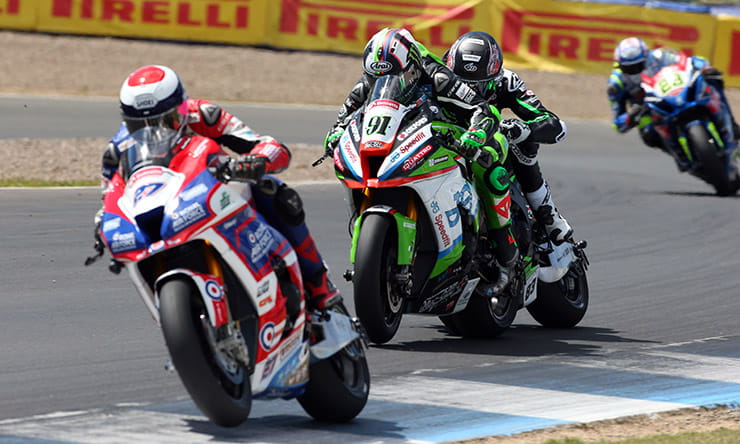 If you’re travelling to Scotland for the weekend’s action and want to know what is happening and when, then take a look at the official timetable for the three days. 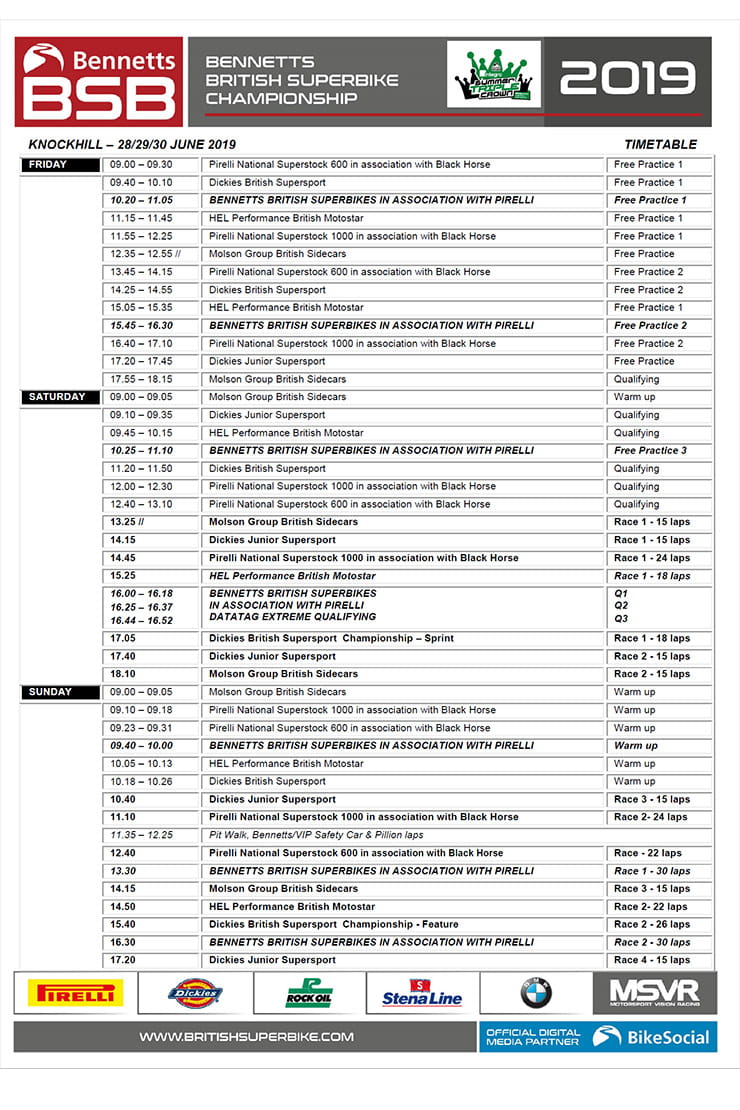 If you can’t make it to Knockhill this weekend, then don't worry because Eurosport have you covered, with live coverage of all the action. 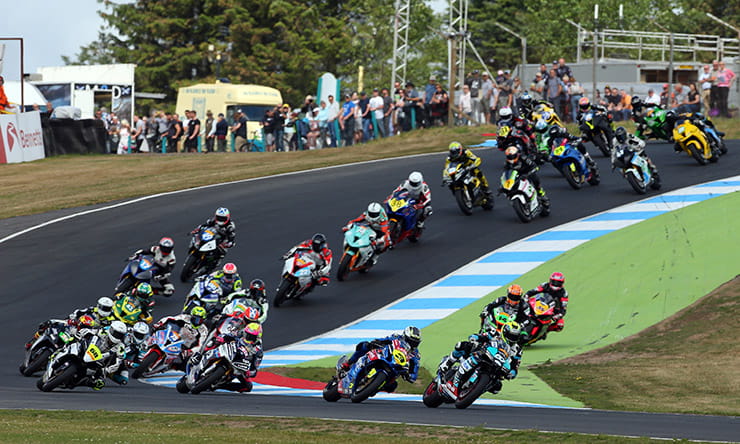 The support class action is packed out at Knockhill with six other Championships taking to the track over the weekend in support of the blue-riband Superbike class.

So, let’s get you up to date with the main runners and riders that you’ll see out on track at the Fife circuit:

After the fireworks at Brands Hatch, where Jack Kennedy and rival Alastair Seeley came to blows after the chequered flag, the pair will be the men to watch this weekend.

Seeley on the EHA Racing Yamaha leads the way in the title race by 30 points from his closest rival Kennedy, who will be out for revenge and aiming to claw his way closer to the Carrickfergus man.

Buildbase Suzuki’s Richard Cooper holds a strong lead over Taylor Mackenzie in the Superstock 1000 Championship, with the Nottinghamshire man aiming to extend his points gap with two victories over the weekend.

Mackenzie heads to his ‘home’ race after collecting his first victory at Brands Hatch last time out and knows he has to make his move on the title race now if he to be in with a chance of reclaiming his Championship crown he won back in 2016.

But watch out for FS-3 Racing’s Lee Jackson, Team IMR’s Alex Olsen and In Competiton’s Lewis Rollo who will be aiming to ruff things up at the front. 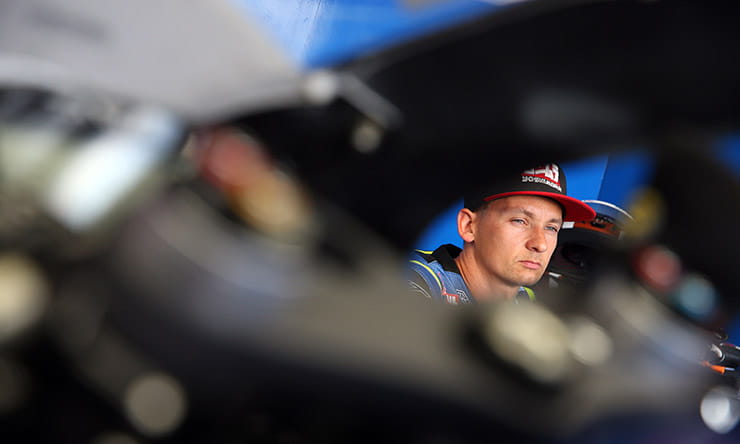 Things are close in the Pirelli National Superstock 600 Championship as Aaron Clifford leads the way by just eight points from Eunan McGlinchey with Shane Richardson only a point further back in third.

Clifford is yet to win a race in 2019 but his consistent points scoring sees him lead the way. Northern Irishman McGlinchey won last time out at Brands Hatch and a victory in Scotland will see him close the gap to the leader.

American Brandan Paasch has a solid 43-point lead in the Hel Performance British Motostar Championship over second placed Scott Swann. Paasch has three victories and one second place in 2019, but if Swann takes the double this weekend, he’ll close the points gap to his closest rival.

Trystan Finocchiaro holds an 11-point lead over Kade Verwey as the Dickies Junior Supersport Championship heads to Knockhill. The duo have battled it out all year at the front, and this weekend is set to be no different between the pair.

But, Adon Davie and Edmund Best are close behind in the title race and can add fuel to the fire north or the border to heat up the Championship battle.

This weekend’s sees the fourth round of the Sidecar series and Ellis/Richardson lead the way in the Championship, after a dominant weekend last time out at Cadwell Park last weekend.

The leaders have a 51-point gap over defending Champions Kershaw/Clark, and they are out for the victories in Scotland.

If you are yet to purchase your tickets you can still secure yours now from http://www.knockhill.com/events/british-superbike-championship-bsb for as little as £32 for a Sunday adult admission ticket.

Seats in the grandstand are free for spectators but are available on a first come, first served basis so you must get there early on raceday to secure your spot for the all-important races.

If you fancy upgrading for the weekend and taking in the finest hospitality that Knockhill has to offer, then you can do so by purchasing a VIP hospitality suite ticket for just £222. Buy yours now by clicking here.