Bridewell: "I will be doing Jerez, that is for sure..." 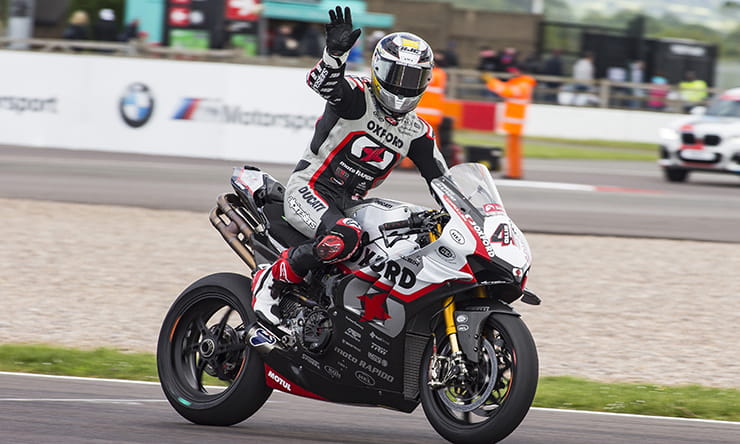 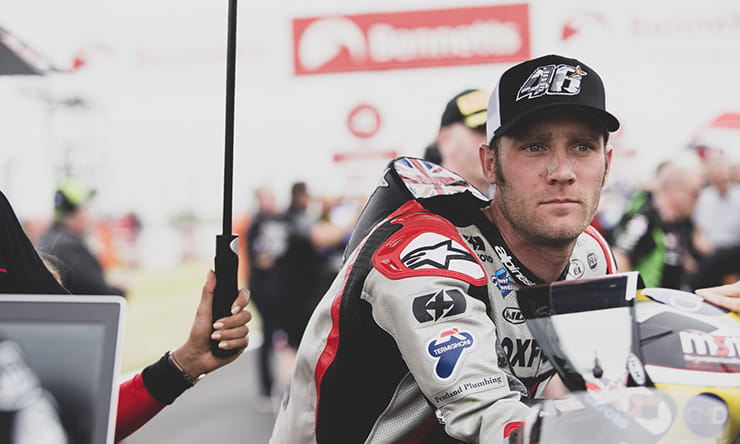 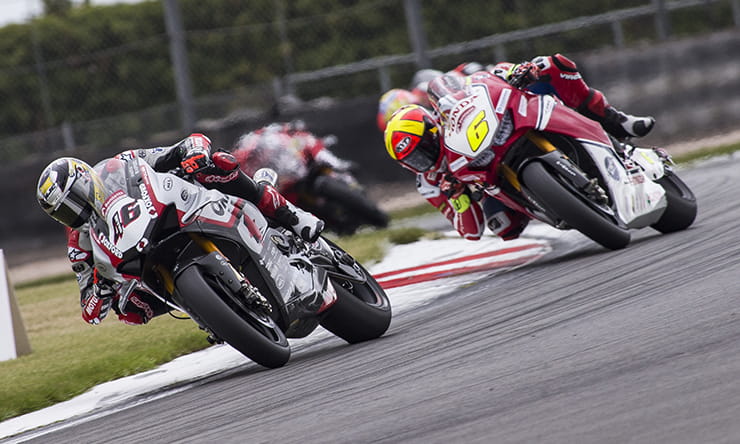 Oxford Products Moto Rapido Ducati’s Tommy Bridewell stated that he was satisfied with his weekend’s work at Donington Park, admitting he’d never had such a start to a season like he has in 2019.

Bridewell collected two third place finishes at the Derbyshire track, after a fourth-place finish in Saturday’s opening encounter, collecting vital points and leaving him second in the Championship standings.

Thus he and three others are the only riders that have 100% finishing records in the points in 2019 and the 31-year-old admitted to BikeSocial that he’s proud of his start to the 2019 campaign.

"At the end of the day I’ve never had such a strong start to a BSB campaign so I can’t be disappointed, and I’m very, very far from disappointed," smiled Bridewell from the Donington Park pit-lane.

"If I’m honest, my focus at Brands Hatch now switches back to Josh because he’s still, in my eyes, my main Championship contender in some aspects.

"I also believe, come the end of the year for the showdown, which is another round at Donington, then Assen and then Brands Hatch, it will be in the realms where Scott (Redding) and Xavi (Fores) are going to be in a strong position. But by that stage we’ll have the upper hand on them, I hope." 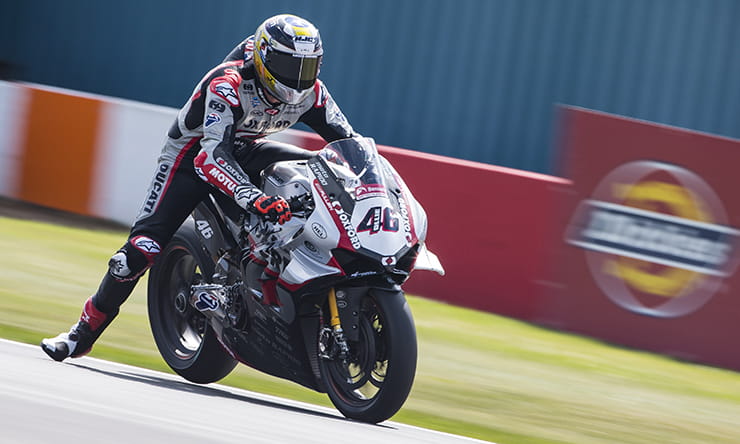 Bridewell was once again one of the main protagonists, challenging for the victories at Donington Park, but was ultimately left waiting for his first win of 2019, and his team's maiden victory of their Bennetts BSB career.

The Devizes man expressed that he was frustrated after putting his hand up in a rain-affected second encounter on Sunday, where Bridewell was informed he was a ‘rain man.’

A ‘rain man’ is a rider designated by the organisers on the grid before the start that if rain does affect proceedings, they can effect the stoppage of the race by holding their hand up to inform race direction of the conditions. Other inputs which determine a red flag include live sector times deteriorating by at least 0.5s and marshal reports.

But the man that now sits second in the Championship standings, just six points behind Ducati partner Scott Redding, that he was slightly upset with the way the race panned out.

"I am a little bit frustrated, they (race direction) came up to me on the grid and said ‘you’re a rain man, when it’s raining put your hand up.’

"I get that there is a protocol in apparently three riders have to put their hand up, but I don’t know, it is just a little frustrating.

"I had the pace in race two, I felt good on the bike and if I’m honest I just had a strategy to change my mapping to help me get even stronger, so when the rain came I had to be a bit sensible going through Craner Curves.

"I don’t know, I’m going to go away from here and have a think to myself because maybe I’m thinking a little bit too far down the line, Championship wise.

"Because for me there was a lot to lose and not a lot to gain. We’ll see, I was a bit frustrated but it is what it is, I’ve just got to get over it I guess."

But the former BSB Privateer’s Cup Champion admitted that he was more than happy with his performances across the three races at the Derbyshire venue. 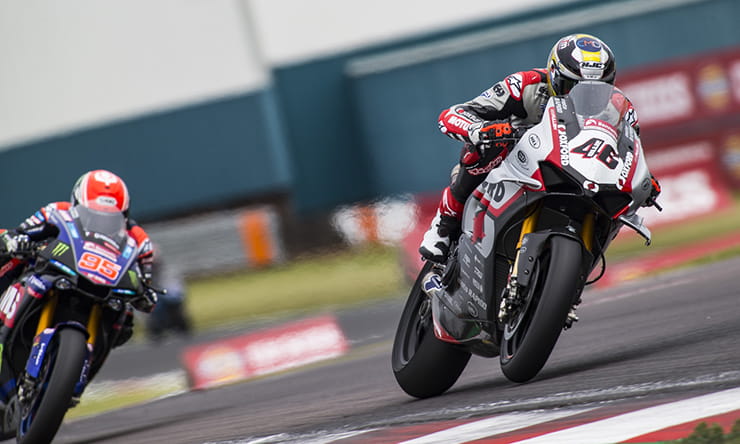 However, he did state he was frustrated with not walking away with the winners trophy from at least one of the 26-lappers at the circuit he was most worried about visiting.

"I guess you could say I am probably a little bit more satisfied with race three, because I felt like we got the best out of the bike in that race, so I’m a bit happier but I’m disappointed we didn’t quite get the win.

"We’re second in the Championship still now but to Scott, we’ve overtaken Tarran and we’ve just got to keep building on it.

"So to beat them I’m always going to have to be on the top of my game. We nearly were, I just feel like we didn’t quite get every ounce out of the package and I feel like that’s what it needed to win.

"We’ll go back to the drawing board a little bit for Brands Hatch to see where we are chassis wise with the bike in how it’s working, and I think at Brands Hatch it should hopefully play back in to our hands." 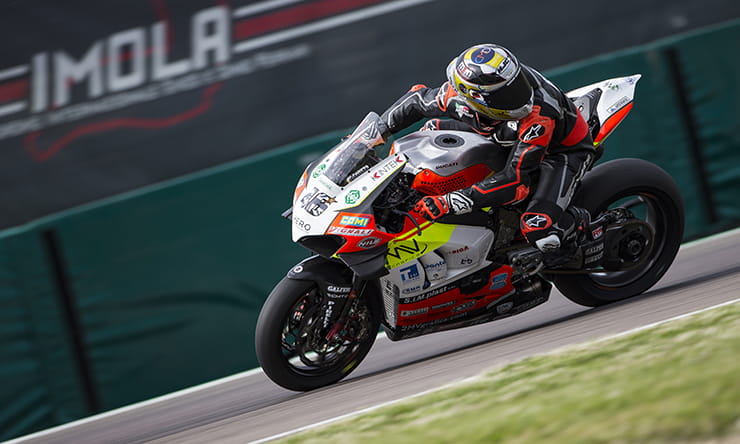 There is now a break in between races for the Bennetts British Superbike Championship, due to the two week gap for the action on the Isle of Man, the world famous Isle of Man TT races.

But Bridewell will be back out on a bike, racing short circuits, as once again he replaces the injured Eugene Laverty at the Jerez round of the World Superbike Championship for the GoEleven Ducati team.

It was looking unlikely that Bridewell would travel to southern Spain to deputise for Laverty, who broke both of his wrists at Imola, but he confirmed to BikeSocial that he will fly out to once again join up with the Italian squad.

"I will be doing Jerez, that is for sure," Bridewell told BikeSocial. "If I do more rounds, I’m a bit unsure yet but I will be at Jerez so I’ll be riding when my competitors aren’t, hopefully that is a positive for me.

"Coming in to the weekend at Donington I felt bike fit and I felt good on the bike so we’ve got to just try and unlock little bit more out of my V4R and just see where we’re not quite hitting the nail on the head. When I say that I say it a bit loose lipped because we are very, very, very close, so I’m not disappointed." 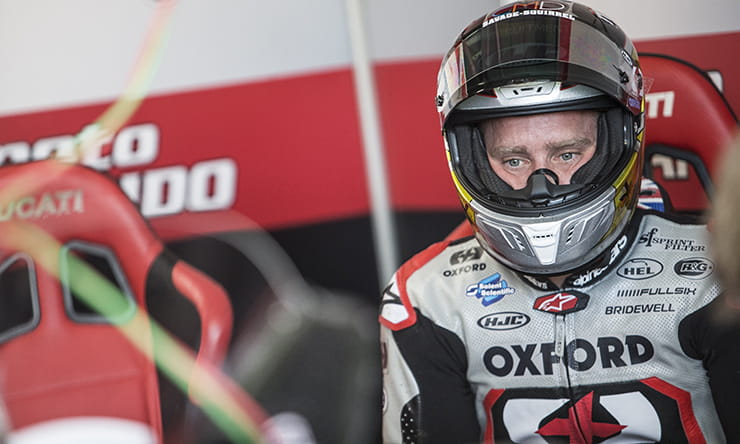