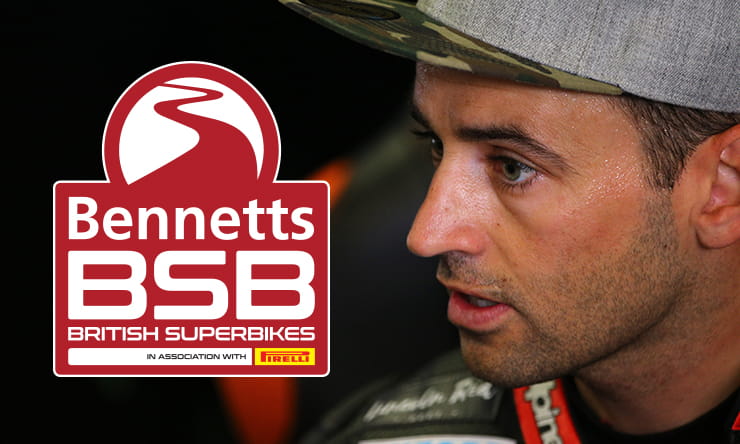 The former MotoGP rider has put pen-to-paper after spending the majority of the 2019 season riding for the Quattro Bournemouth Kawasaki team.

Barberá has a wealth of experience as a race winner in both the 125cc and 250cc World Championship Grand Prix classes, finishing second in the 2009 250cc GP title battle. He later moved to the premier MotoGP championship where he was the 2015 Open class champion.

“I’m delighted to remain in the Bennetts British Superbike Championship and to join OMG Racing for 2020,” said Barberá.

“Last year I started part-way through the season and that was a big challenge, there was a lot of learning to do in a very short space of time – without testing. And for the last 3 or 4 races I didn’t have an experienced Crew Chief, so we were basically starting from scratch at each round.

“After 16 years in different championships where only 4 or 5 teams have a realistic shot at winning, British Superbikes is a special series to compete in because of how open and competitive it is. Any number of riders and manufacturers can win – which is to me unlike any series in the world. The fans are also incredibly passionate, I am still learning a lot about racing over here but to see so many people who want to talk to me and make me feel welcome is something I’ve enjoyed since starting over in the UK.”

“I’ll be working hard this winter to arrive at testing in the best shape possible and I know the team is already hard at work to develop the bike. I have respect for all the teams and the riders competing in this championship but I’m here to win. I have the experience, I have shown that I am a fast rider, and I’m ready for battle.

“Thank you to OMG Racing for this opportunity, they are a young and exciting team, but are hungry to win like me and have lots of experienced staff who I can work with to improve. Thanks also to my personal sponsors and to Bournemouth Kawasaki for the opportunity to ride for them last season.”

OMG Founder Alan Gardner explained why Héctor was top of OMG’s wish-list for the 2020 season.

“Signing Héctor Barberá is a statement of real intent for us this year as we look to build on our first British Superbike win. We’re still a relatively young team, and so to have someone like Héctor working with us will help us to find those extra few tenths and bring the whole team forward as a group.

Last year we had a bit of a rollercoaster year in terms of results, and the goal for both Luke and Héctor is to consistently challenge at the front of the grid. It’s a big family atmosphere in our team, and everyone is working hard to give our riders the best opportunities to get themselves on the rostrum next season. ”