Tommy Bridewell Interview: “What me and Ollie got up to as kids was just crazy, it's lucky we weren't locked up” 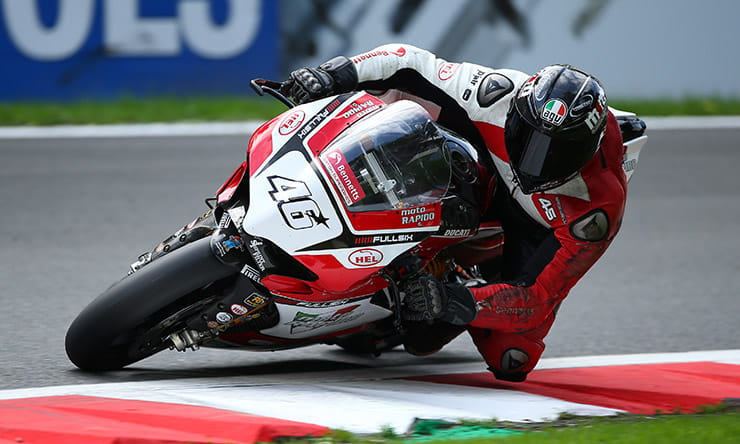 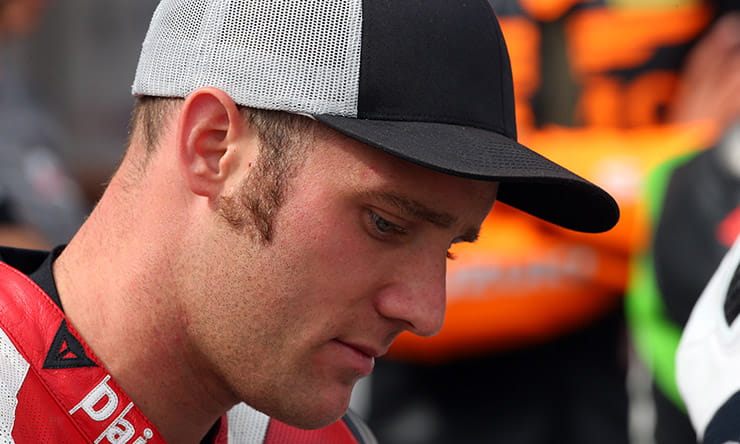 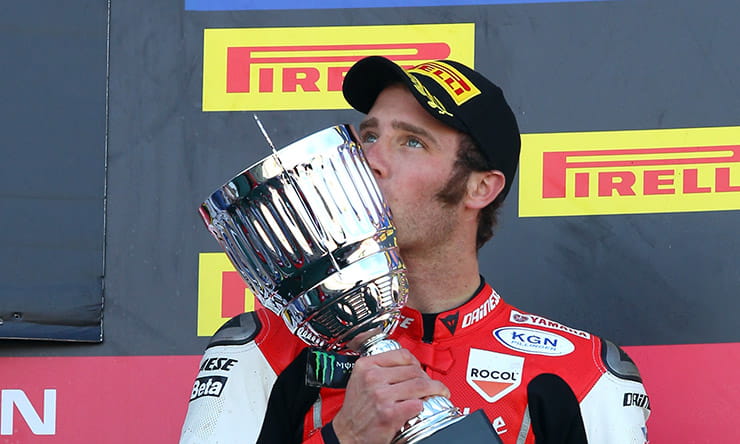 11 years ago, aged just 18 years old, Tommy Bridwell was forced to deal with the hardest experience of his young life.

As he worked on the set-up of his Naturally Best Suzuki at a wet Mallory Park during free practice in 2007, he was hit with the news after the session was red-flagged that his brother, Ollie, was in a critical condition.

Just a few hours later the Devizes man was told the news that he never expected to hear; Ollie has succumbed to his injuries at the age of 22. It rocked the whole of the Bennetts British Superbike paddock.

Once the news had sunk in to a young Tommy only one thing was on his mind, to move away from motorbike racing, something he had done all his life, in order to come to terms with what had happened. 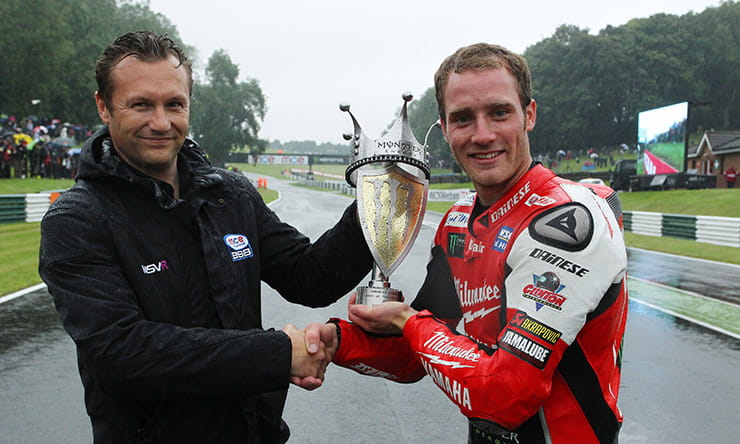 "I had to get away from racing bikes for a little bit, so I had three months out and then I had to re-group,” Bridewell exclusively told BikeSocial at the annual R&G track day at Cadwell Park just 24 hours after racing there in the Bennetts British Superbike Championship.

“I kind of knew that I'd still race bikes, but for a month after what happened I had no interest in them. When I did make the decision to come back, I said I didn't want to be in BSB and I don't know why.

“I didn't want to be in this paddock, Tony Gee said I could do what I wanted, and he'd fund it. So, with him being Italian, my whole crew were Italian we said ‘sod it, let's go and do the Italian Superbikes’.”

After the devastation of Ollie’s death in July 2007, Tommy moved to race in the Italian Superbike Championship, quickly realising that he’d made the right choice stepping out the British paddock.

“It gave me a year to rebuild my career and it gave everyone a year in England to ask the questions and get on, then I came back and started again.

"Italy was amazing, but I broke my leg at round one at Mugello, it was good to bounce back eight weeks later at Misano and I finished sixth there. I have been very lucky to ride the tracks I have in my career, and I wouldn't have asked for anything more really." 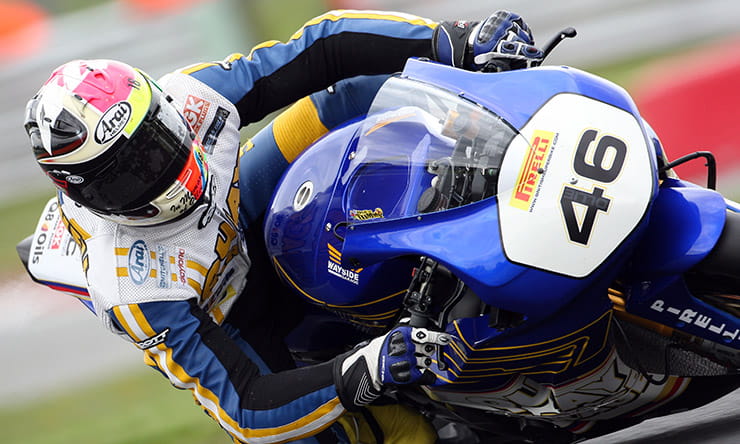 The grieving process was over, and Bridewell’s passion and love for racing on two wheels was well and truly back, and he then quickly made a bold decision to return to the British Superbike paddock in 2009.

Not feared by the demons or thoughts of what happened just 18 months prior, the then 22-year-old jumped back on the Team NB Suzuki, finishing the season strongly in fifth place of the Privateer’s Cup Championship, picking up seven victories in the class.

But Bridewell revealed to BikeSocial that he didn’t find it strange walking back into the British arena, he decided to turn what happened to him, his brother and his family into a ‘power’ to aid him in his racing.

"I was quite different because I turned it in to a power to go forward instead of dwelling. Nothing was going to bring Ollie back so if moaned about it or dwelled on it, it wasn't going to make any difference, so I had to adapt to make it powerful.

“I'm still like that now, I still believe that we race together, and we'll die together, it's one of them. A lot of people say that you race for yourself, and I do, 100%, but when I achieve I have that sense that I've achieved for both of us and everyone else involved.

“The first thing I do when I cross the line if I've got a podium or won a race I look up to the sky, because I know it's not just me that has done it. The whole years of going training and going up to the church, I don't have him here in person but he's here in spirit.

"I had to embrace it, it's life, I'm going to die I don't know when but it's life. I am a little bit of a believer that your card is marked when you're born, a lot of people don't feel like that, but I do. My sell by date is when it is and the is no changing that, but you have to go on and live life to the full." 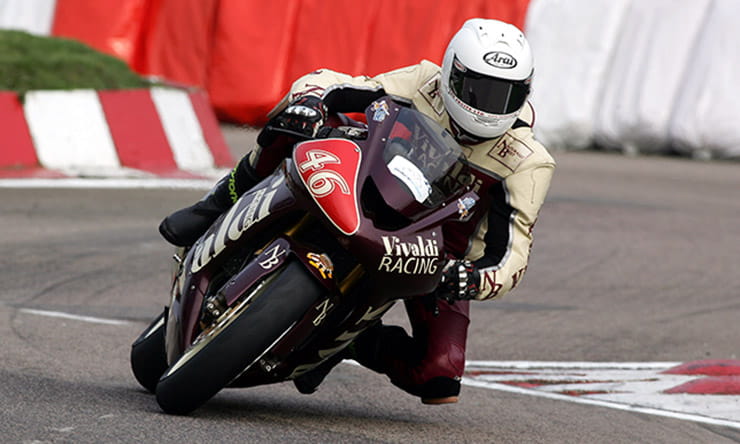 Ollie was larger than life

Ollie Bridewell was a larger than life character, a firm fan favourite he was immediately recognisable with his Dennis Taylor-style specs and his ginger hair who always had time for his supporters.

But he had a wild side almost like every Bennetts British Superbike racer, and his brother admitted it almost went too far as the pair lived their lives to the maximum.

"What me and Ollie got up to when we were kids was just crazy, it's lucky we weren't locked up for many a year.

“I'm not as bad nowadays but we just lived life to the full, we used to lure the police in to chasing us so we could go flat out in the car to get away, because it was that adrenaline rush of losing them.

“I've sat at my house before, lured the police to chase me and then booted it, I’ve got away and sat up most of the night watching CCTV waiting for them.

“They used to come to the yard, I remember after Ollie had gone, parking his car right in tight in the yard so they couldn't see it and watching the CCTV. They drove in, walked around and didn’t quite get to his car then they turned around and left, that was the closest it came to getting caught.

"We were a nightmare, but in a good way, not like what you see nowadays with all the horrific stuff that you see. We were little tear-always just having fun." 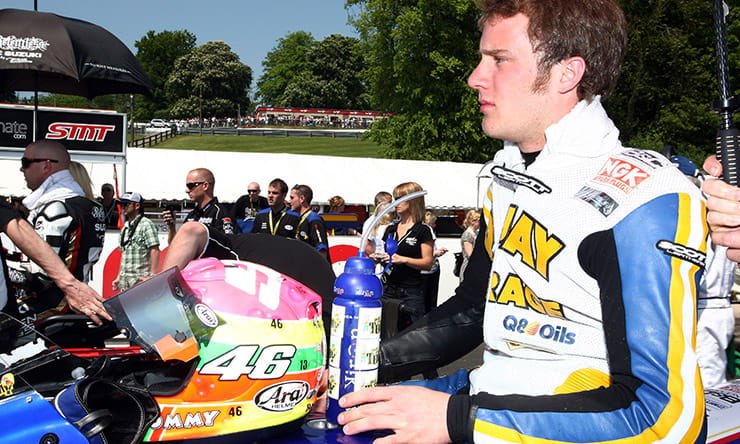 Bridewell is one of the most experienced riders on track

Not only were the pair stars in the making on two wheels, they both worked in the family business repairing cars and bikes at their Father’s garage once the racing had finished, something in which Tommy admitted that his older Brother was more dedicated too.

"Ollie was motorbike through and through, but his work ethic was for Dad in the garage was fantastic.

“He would have been the one to take over Dad's business at the garage, he loved it. I do too, I love it, but I'm lazier than he was, so I walk the dogs, do this and that and roll in at 10am where Ollie would have done all that and still been there at 8:30am! Everything is still there of his, his tool box and I still use his tools and still carry on in life like anyone would.”

Losing family members is one of, if not the hardest experience that an individual goes through, and although ‘Rock on Tommy’ admitted the death of Ollie hit him like a tonne of bricks, something else was more difficult for him to overcome.

"The hardest thing was seeing something that had been sat there for 15 years that is sort of irrelevant but thinking 'oh that was Ollie's’, or ‘he used it last' and just hoarding stuff.

“Now I'm a little bit more like I'll just chuck it, because you can't keep everything. We still have his car in storage and I still have a garage full of his motorbikes and his Mini at my house.

“I don't know how he managed to accumulate it all, but we have been the ones to hoard it. Stuff like that is special, but I have to carry on and continue with my career." 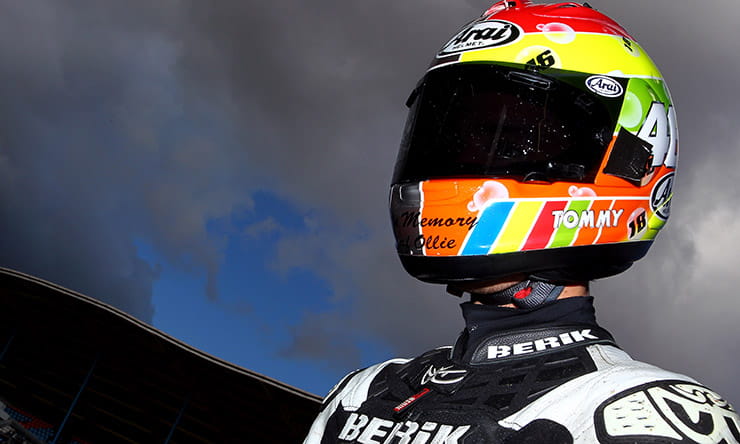 Once Ollie had passed it was not just Tommy that had deal the grief, his mum Elizabeth and father Marcus also had the enviable task of coming to terms with losing their son, but they also had to stay together and remember their youngest son and daughter were dealing with it also.

Something is which Bridewell looks back on with immense pride, he said: "They probably helped me through it in a different way than perhaps what I knew.

“It was probably in a way that no matter what I wanted to do they would have supported me, which is what I needed instead of them saying no to coming back, they supported my decision.

“Obviously I lost my brother, but I can't imagine what it is like for my mum and dad to have lost their son, and then carry on to support me to still come racing, to still carry on in life but as a family we took the brighter side of it all. You can't be doom and gloom your whole life and we still have a laugh about him, and the stories we share are great.”

Since re-joining the Bennetts British Superbike paddock in 2009 Bridewell has tasted much success, cementing a Showdown spot in 2015 with the Tyco BMW squad, and has picked up two wins and 15 podiums along the way, all in dedication to his brother.

Although the 2018 campaign perhaps hasn’t lived up to the high standards of the 30-year-old, who was sacked mid-season and mid race weekend at Snetterton by the Movuno.com Halsall Racing team, something in which shocked the Wiltshire man.

"To be honest it was strange, I don't know of anyone who would normally do that. I was in the garage and just about to go and get changed and I received a call from Colin Wright saying 'you're no longer part of the team.'

“I had a strange emotion to it really, I don't know why but I felt a little bit relieved, it just wasn't what I was hoping for if I'm honest. The development side wasn't really going anywhere, things were changing within the team that nobody knew about.

“I could see the picture that was being painted and I was under the impression that we were going to help with development, help Suzuki and fight to be the top manufacturer, I do like that feeling.

"My mentor Stefano (Caracchi) helps me a lot and he told me not to worry about it because it's such an old chapter and focus on what I'm doing.

“People still ask me about the Halsall thing, saying 'I bet you're glad to see that' but I genuinely couldn't care less. They're just another team now and I'm letting them get on with it." 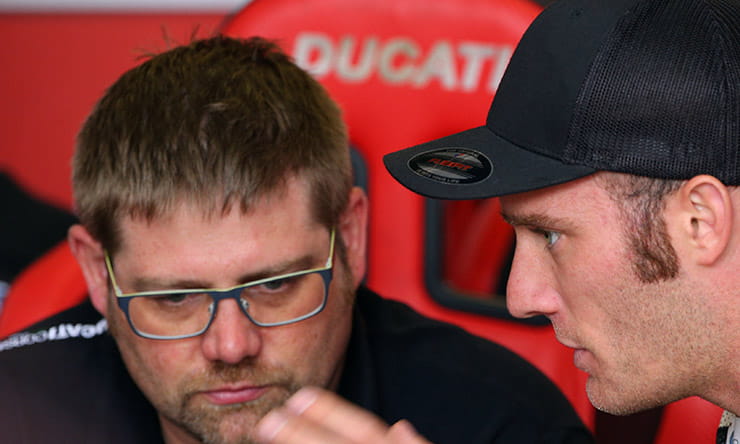 All Tommy Bridewell has known and will potentially ever know is that motorbike racing is his life, and he feels it is what he was put on this earth to do, but he openly agreed that the sport does sometimes make him think differently, and there is one thing he’d change.

"What I find bad about this sport is I can't bring my dogs,” smiled Bridewell. “If the riders were allowed to bring their dogs it would be like a festival! Bikes make me happy, but I do know I have a phenomenal life outside of racing.

"Motorbikes also make me miserable, they're like a double edge sword. Buying and selling cars at auction makes me miserable, especially if I've bought one with an engine that is knackered. And if my hanging baskets die because if I've forgotten to water them, that makes me very miserable!"