Silverstone BSB Preview: all you need to know 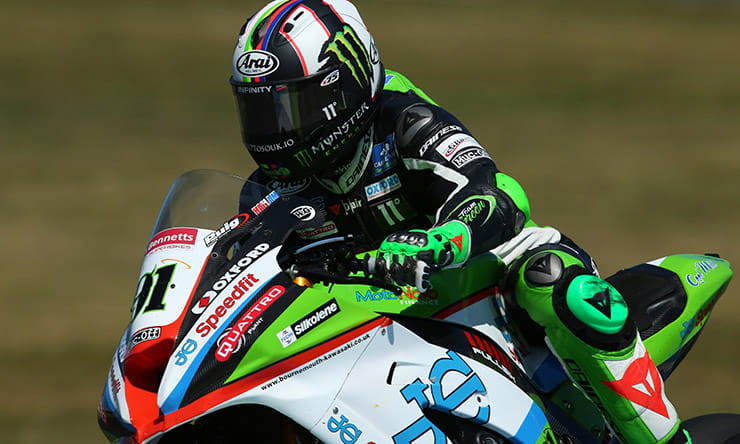 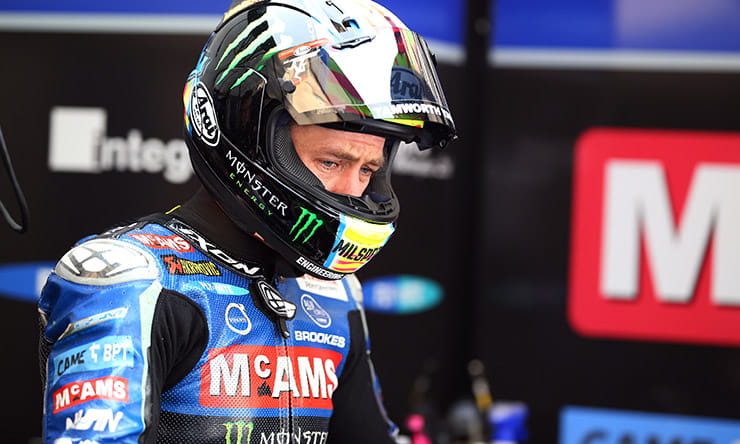 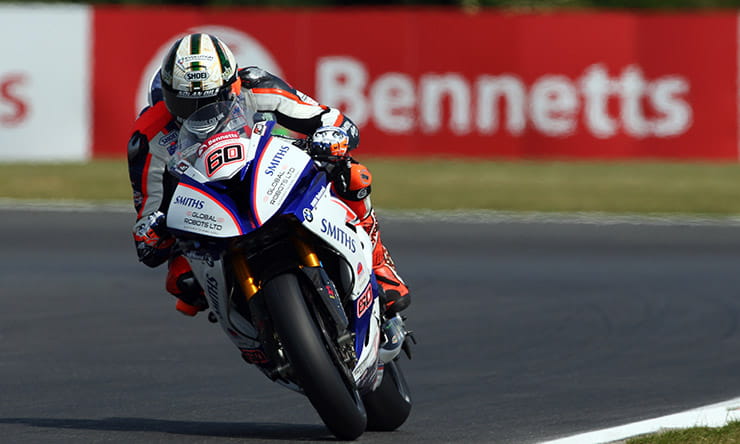 Three races remain for nine riders to potentially secure their place in the 2018 Bennetts British Superbike Championship showdown, with just four places up for grabs at the triple-header at Silverstone this weekend.

But ahead of the highly anticipated decider, MVSR officials who run the BSB Championship, have made the call to run the three races on the shorter National Circuit at Silverstone due to track condition fears.

Following the cancellation of the British MotoGP two weeks ago due to standing water on the freshly re-surfaced tarmac at the home of British motorsport, the decision was made to change the layout to the shortened 1.6-mile National circuit which adds to the anticipation. 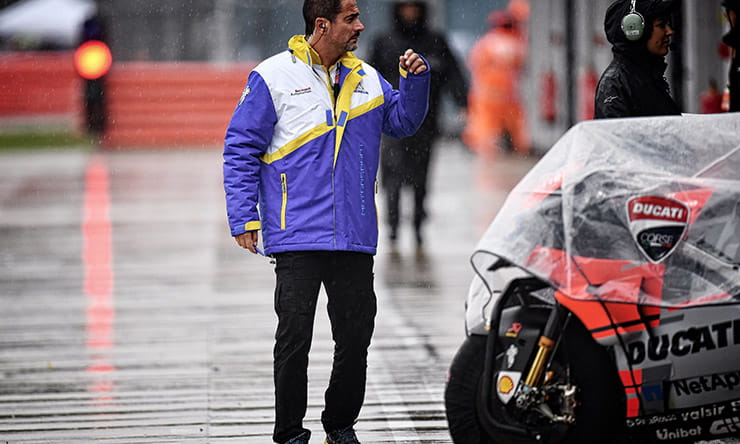 MSVR is prepared for the rain this weekend

Although breathing down their necks are Danny Buchan, Christian Iddon, Jason O’Halloran and Michael Laverty, but the latter two are outside bets to edge their way into the top six.

So, who has to do what? Well, all Be Wiser Ducati’s Irwin needs to do is pick up in the first race on Saturday a third place, 16 points and he’ll be secured. Brookes is just 27 points away from sealing his place, so a race win and third place is just what he needs.

Now here is where it gets complicated. Buildbase Suzuki’s Bradley Ray sits in fifth on 159 points, just 42 shy of being confirmed in the Showdown, in just his second season in the Bennetts British Superbike Championship. 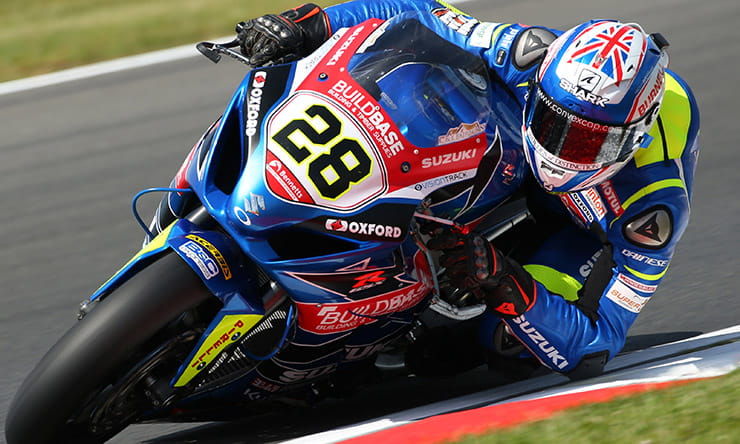 The battle to watch over the weekend will be between Peter Hickman, Danny Buchan and Christian Iddon. The Smiths Racing BMW man sits on 126 points, with Buchan just five points back and the Huddersfield University graduate a further 15 behind.

So, drama for both Hickman and Buchan could see the Tyco BMW rider swoop in and steal the final spot all for himself. But it’s the world’s fastest man on two wheels, Hickman, who sits in the driving seat. 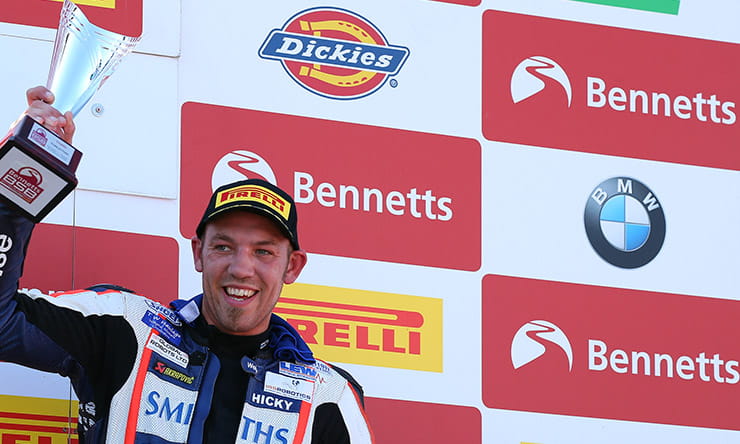 Hickman aiming for second showdown spot on the bounce

2017 was a dramatic year for the showdown decider at Silverstone, with tricky conditions causing issues for the chasing riders. But with a victory and second place in two out of the three races, Josh Brookes settled his spot onboard his privateer Anvil Hire TAG Racing Yamaha.

Glenn Irwin picked up his maiden Bennetts British Superbike victory at this very circuit just 12 months ago, fighting off a charging Brookes in the opening encounter. Race three was a wash out with torrential rain causing problems for the riders, which saw just seven of the 23 strong crossing the finishing line.

Honda Racing’s Dan Linfoot was the first man to do so that afternoon, collecting his maiden Bennetts BSB win, with Michael Laverty and Jake Dixon alongside him, a result in which saw Dixon become the final man in the 2017 showdown. 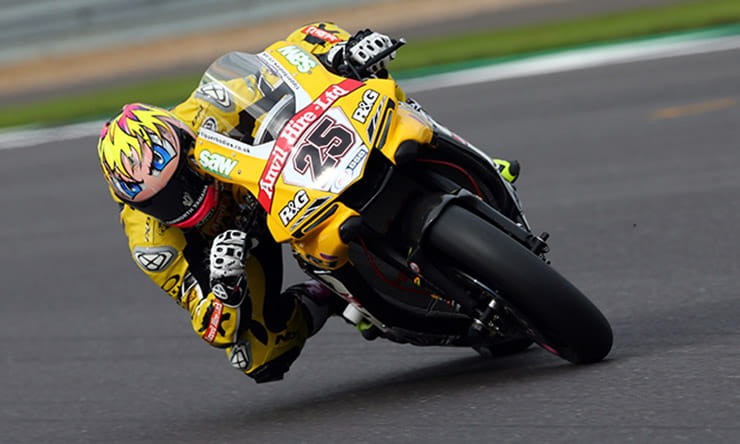 Where to watch, how to get there and where to park

With the change of track layout viewing areas will be fewer, however, the best place to watch all three races from will be at ‘Woodcote’, the final corner of the track.

This gives you the chance to see the last ditch passing moves from the riders as they hunt for Showdown glory.

Maggots and Beckets is a section that will create equal drama, and a chance for fans to get even closer to the action. The only left-hander on the circuit is Brooklands at the end of the Wellington Straight, which is almost a guaranteed action location.

Silverstone is easy to access from either the M1, or M40 and taking the junction for the A43 then following the signs for Towcester or Silverstone as you go along means you’ll be there in no time.

The main car park as you enter Silverstone from the A43 will be the best place to park up, it’s the closest car park to the paddock, retail arears and closest to the exit when the weekend’s action is over. There will be a charge for parking, so please don’t forget to pay. 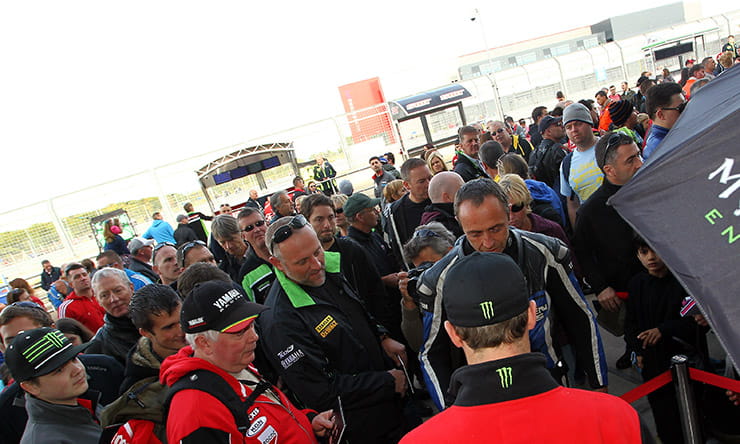 The Silverstone café located within the paddock and is the central hub for catering throughout the weekend, however grabbing a burger in the trade zones while the action takes place is also a good plan. This means you’ll never miss a lap of any of the races or practices.

Courtesy of the change of track layout grandstand viewing will be at a premium, with the grandstands from the final corner ‘Woodcote’ through to turn one open throughout the weekend.

This means that if the weather does take a turn for the worse, then you can take shelter, keep dry and still be entertained by the Bennetts British Superbike titans as they duke it out on track. 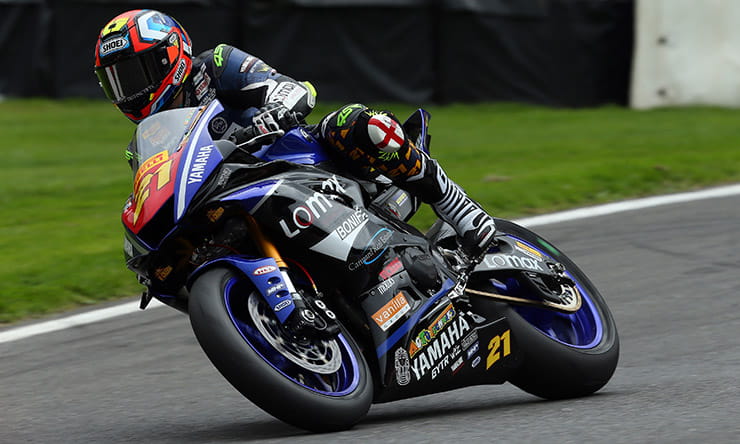 Vickers leads the way in Superstock 600

Ryan Vickers sits 62 points ahead of Joe Sheldon-Shaw in the Pirelli National Superstock 600 Championship. Jake Archer in the Hel Performance British Motostar Championship sits on a 50-point lead over second place man Storm Stacey, and two victories at Silverstone will do his title hopes no harm.

Eunan McGlinchey has a slender five-point gap over Kade Verwey in the Dickies Junior Supersport Championship. Two races and 50 points are up for grabs come race day at Silverstone, and the lightweight machines will create excellent racing around the National circuit.

The Ducati Tri-options Cup adds to the weekend’s entertainment at the home of British Motorsport, and Rob Guiver will be the man to watch with a 55-point lead over Lewis Rollo, he can close in on the 2018 title with two races throughout the schedule. 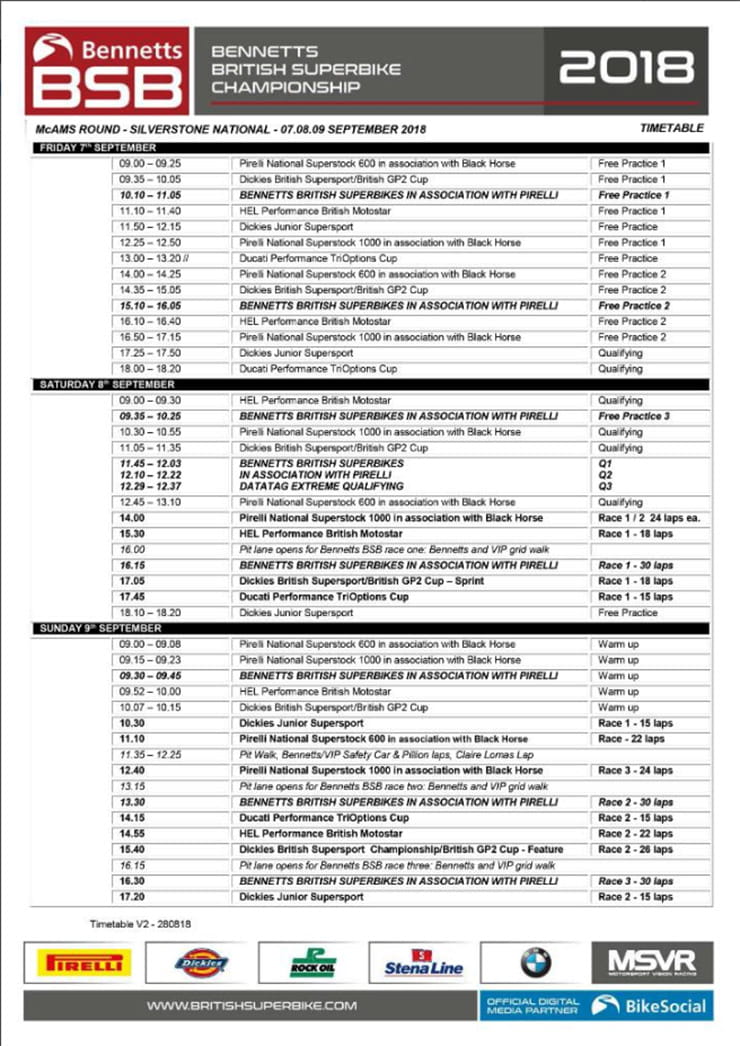 Tickets are available at www.silverstone.co.uk from £15.00 on Saturday, and £29.00 on Sunday with Friday free for all spectators. Reserved grandstanding seating is available from £39.00 for adults and £10.00 for kids.

Mathematically, Luke Mossey in 16th position could get into the Showdown but it would take three straight wins for the Kawasaki man with a fairly obscure set of results for that to happen. But here how it stands down to, and including, Mossey: