Haslam on final round decider: "It's the only circuit I’ve never won at, I’m definitely going all out" 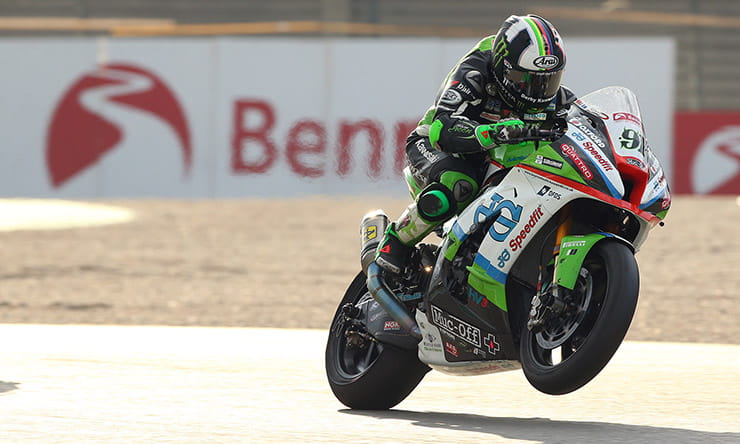 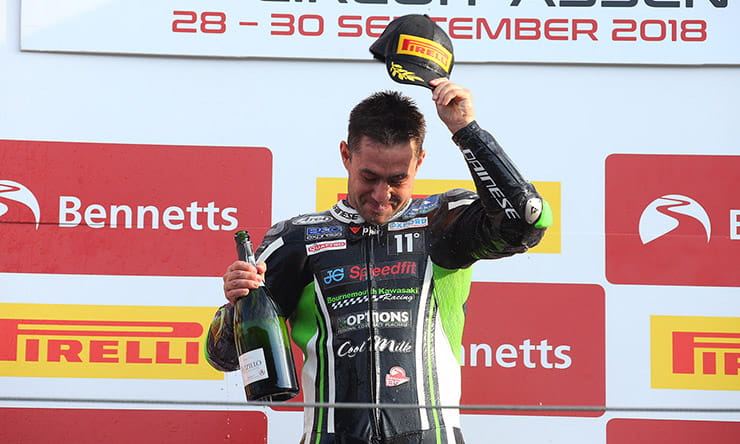 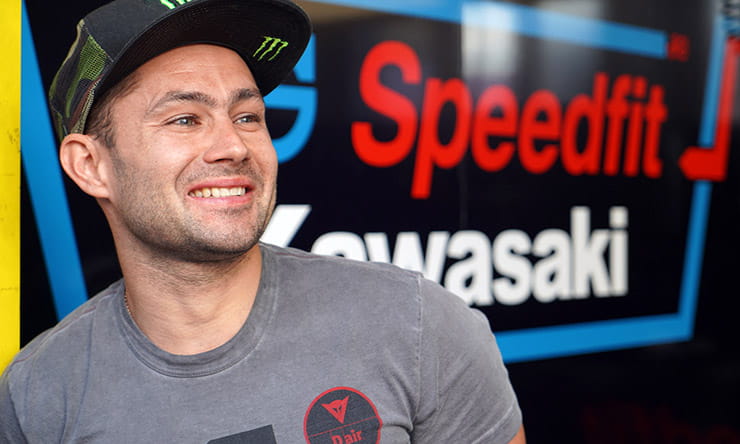 Haslam came into the weekend with a 31-point lead over Jake Dixon but that gap has now increased by 30 points after Dixon’s RAF Regular and Reserve Kawasaki developed an engine issue in race two, forcing the 22-year-old to retire from the race, reducing Haslam’s nearest challenger to tears.

But the Derbyshire man admitted to BikeSocial after the weekend that he was very confident that his harder SC1 rear tyre would last the full race distance, following the hard work he put in during the free practice sessions.

“We knew we had good pace and good tyre management,” said a happy Haslam. “Especially on the harder tyre and I had good management on the softer tyre, something I have never had before, especially at Assen. 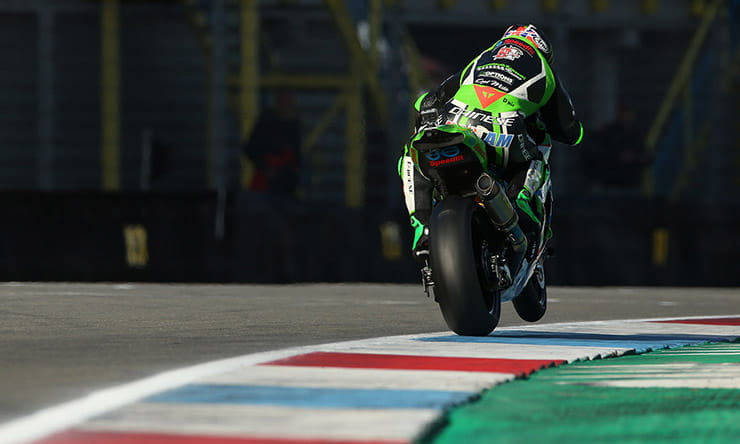 “We chose the harder tyre, so we wouldn’t come unstuck, I knew Jake was going to go that way, and I knew that if I was on the same tyre I could beat him.

“The second race was action packed; the pace car, Dan hitting me from behind, Jake hitting my front wheel from the start, Taz having a big highside, and me having to bridge a really big gap after that.

“With the pace car coming out it didn’t play into the strategy of the harder tyre, it gave a chance for the guys on the softer tyre for it to last.

“I made it count and I had a good battle with both Hicky and Brookes, but from my point of view it’s just a big, big thanks to the team.”

Since Haslam’s return to the Bennetts British Superbike Championship he has always been forced to run the harder option Pirelli rear tyre, the SC1, to get the most out of the machine on track.

Although this season the soon-to-be KRT World Superbike rider made the choice to run the softer rear tyre, as he felt at a disadvantage to the other manufactures on the BSB grid. 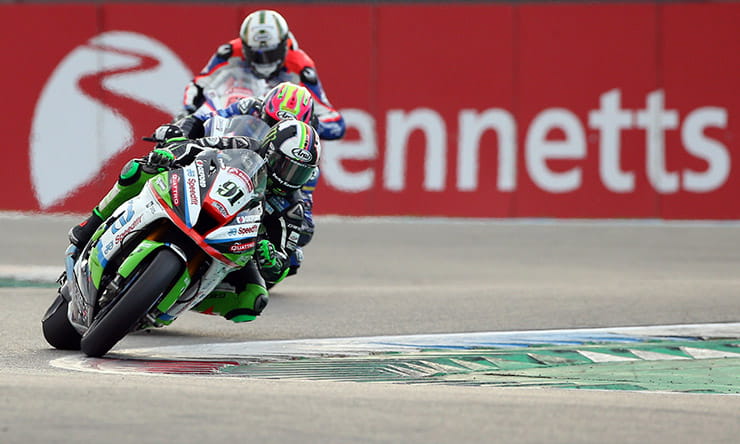 Hard work through pre-season testing in Spain proved it to be the right decision, with Haslam able to run fast lap times on the SC0, something in which he wasn’t able to do the previous two seasons.

“There are certain bikes that suit certain tyres, and in the past we’ve only been able to use the hard tyre.

“Competing against Ducati or Yamaha, we felt we were at a disadvantage when they could use the soft tyre and we had to use the hard but the biggest thing for us is now we’re able to make the SC0 last as good as anybody, but also we’re still competitive on the harder tyre when we need to use it.

“As you saw, Taz and the other guys who used the softer tyre, the last two or three laps it just tore away that last little bit, and around Assen it’s not the type of track you make a big break away, so you need the tyre on those last few laps.

“It made it hard work early on competing against those on the SC0, but in the end it was definitely the right choice.” 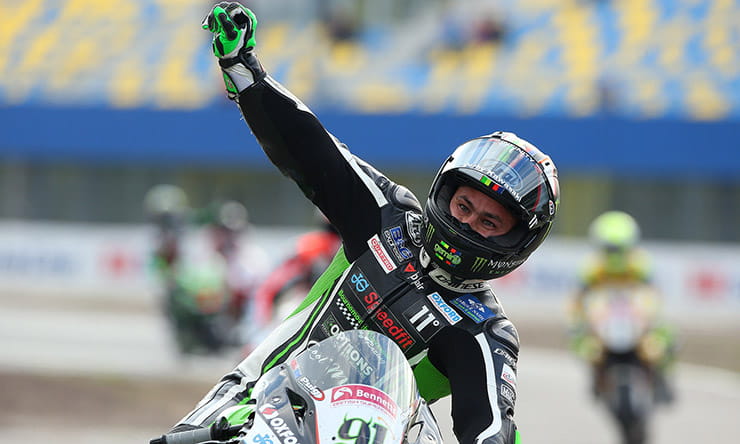 The Championship leader ran back to back tests with both compounds of rear tyres throughout the weekend, and he was the best man to know which tyre would last the race distance.

But, he expressed that no matter what compound he ran in both races, he knew he had the pace run at the front, thus proving by picking up a new lap record by over half a second in race two, as he went in pursuit of McAMS Yamaha’s Josh Brookes.

“I knew the SC0 was going to drop off, but I was doing the same lap times as them on the SC1. So, if there’s didn’t drop off then mine definitely wasn’t going to, and I felt I had really good pace.

“Jake set his fastest lap of the race on the last lap in race one, the lap times I ran in race two weren’t far off my qualifying lap which I did on a soft tyre, so we knew we had the pace on the hard tyre, and that is credit to where we are with the bike.

“But, I do also think that if ran the soft we’d have made it last just as long as everybody else.” 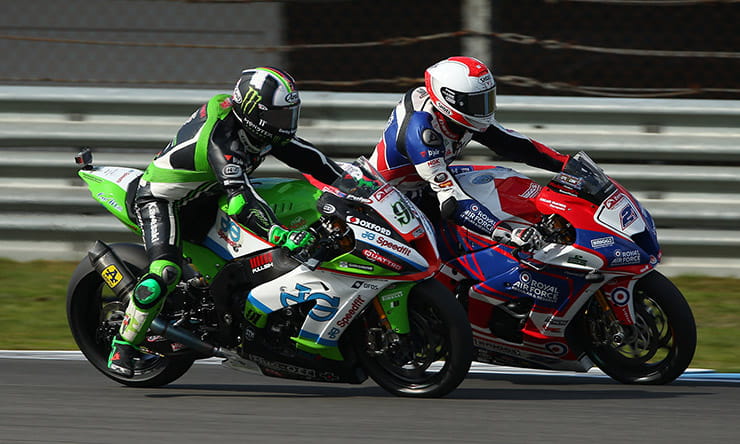 With temperatures dropping and the weather changing Haslam’s work on tyre life should pay off at the final round of the series at Brands Hatch, a circuit in which he hasn’t won at on the Kawasaki.

Although the JG Speedfit Kawasaki man believes it will be easier to run the softer SC0 at Brands Hatch due to the less abrasive nature of the tarmac, but Haslam is still confident of securing his first British crown in the opening race.

“You never know what Brands will throw up, and it isn’t a circuit that never normally rips up tyres, so even if it’s cooler temperatures you can get away with running the SC0. But Assen is quite an abrasive circuit, so even in hotter conditions it wears the tyres a lot.

“But to go to Brands knowing we’ve got one of the best tyre lives out there, and we’re now not in the position when we’re having to put in the same tyre as our opposition. I just want to go to Brands, try and win and concentrate on ourselves.

“Jake needs to win all three races, he knows what he needs to do but I need finish races. My strategy this year has just been managing races and riding to my limits and pushing when I need to. I’ve not taken many risks, I’ve not been out of control hence why I’ve finished every single race.

“My strategy will be exactly the same, I’d love to win the Championship by winning the race, but we’ll have to wait and see.

“I know that Josh goes really well there, and so does Glenn on the Ducati and both bikes suit that circuit really well. But it is the only circuit I’ve never won at so I’m definitely going to be going all out.” 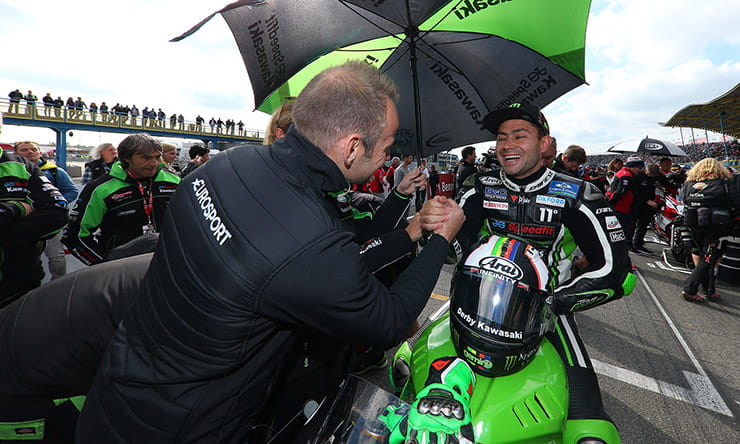 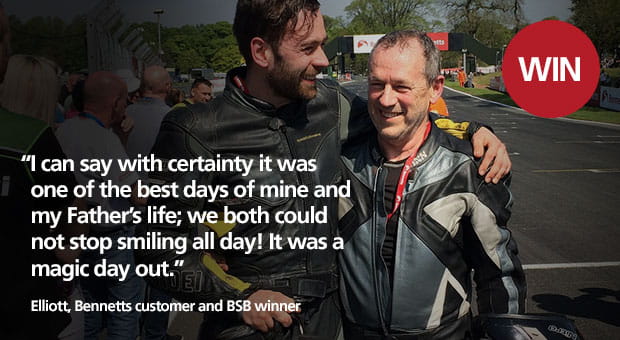