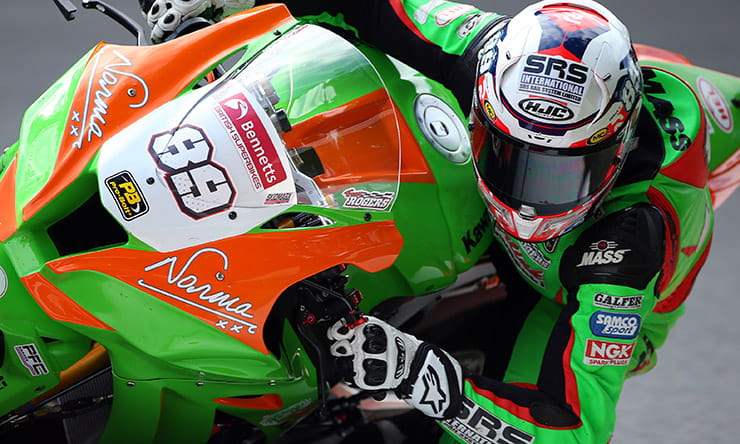 Fraser Rogers will make his return to the Bennetts British Superbike Championship grid in 2019 after penning a deal to remain with the Gearlink Kawasaki team.

Rogers made his debut with the team mid-season, and since his arrival continued to adapt to the Superbike before claiming points-scoring finishes at both Oulton Park and Assen, something he is looking to build on next year.

Rogers said: “I’m extremely happy to re-sign with Michael and the whole Gearlink Kawasaki team for my first full season in BSB. Myself and the team built a good relationship last year and we all know what to do and what we need to move forward, so with that in place I can’t wait to get going again.

“As always I can’t thank all my sponsors enough SRS Rail systems UK, Swindon karting arena, 113 events and everyone else who helped get me here and finally again to Michael who has given me this opportunity.”

Team Owner Michael de Bidaph commented: “Gearlink Kawasaki are really pleased to be running Fraser again in the Bennetts British Superbike Championship. He gelled really well with the team this season and it is great to continue the partnership in 2019.”

Find out more about BSB Rewards »