Shakey is ready for battle at Donington Park 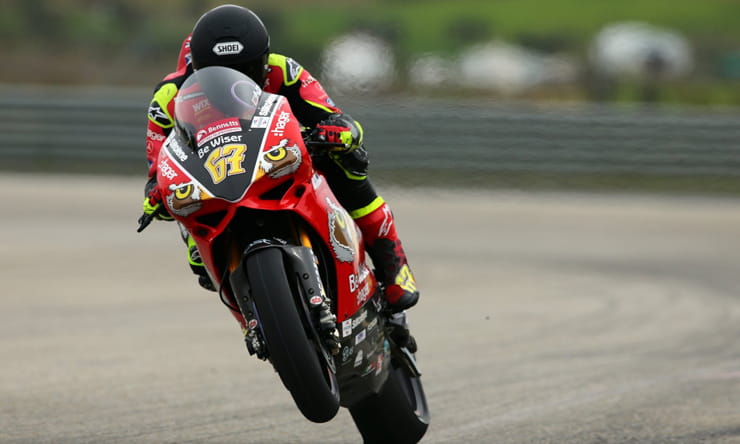 The reigning champion had a disastrous event at the Leicestershire circuit last season; crashing in warm up which left ruled out of both races. At the recent official test Byrne was second fastest; just adrift of one of his fiercest title rivals, Leon Haslam, and the six-time champion is gunning to get his season off to a winning start.

Shakey said: “I am excited for the first races of the season! I don’t really know how to gauge pre-season testing as Mother Nature intervened with a lot of it, although we have almost an identical bike to what we won the championship with last season, albeit a new one, so that should help with us getting up to speed from the off.

“Last year was a big tick for me to defend a title for the first time and so the next aim has to be Mackenzie’s three in a row, which is funny because I remember when three titles was the goal and now I am on six!

“I will of course be pushing hard to add to that tally and it is an important weekend coming up at Donington Park - we need to have a better start to the season than last year when I didn’t make it past warm up!

“However in 2016 the Ducati worked well and we did the double so a repeat of that would be a nice way to start the season that’s for sure. I am so keen to get started now and see where we are at and where our competitors are at. It will be then time to create a battle plan and go from there!”

The opening round of the 2018 Bennetts British Superbike Championship kicks off at Donington Park this Easter weekend (March 31 - April 2). Book now by clicking HERE