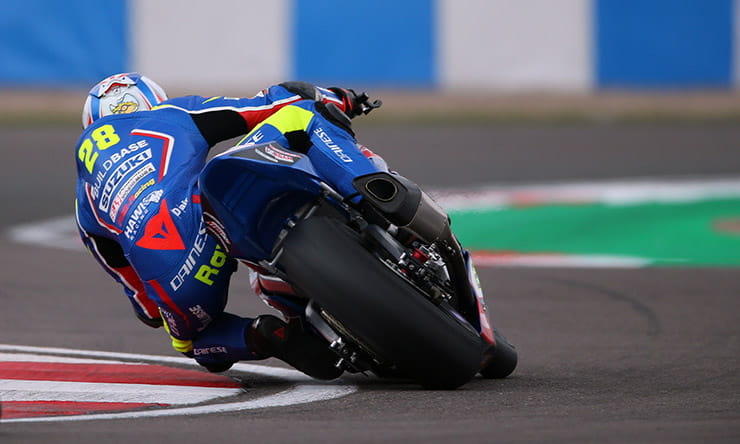 On the opening lap of the race home hero Leon Haslam had initially grabbed the advantage on the JG Speedfit Kawasaki after Byrne had a disastrous start off the line and dropped down the order dramatically.

Ellison was instantly on the attack and took the lead on the opening lap for the local Anvil Hire TAG Yamaha team with Ray holding third place with Jason O'Halloran and Danny Buchan in close contention.

Ray was piling the pressure on Haslam though and he made a move on lap three to move into second place and ready to target Ellison. A lap later and Tommy Bridewell and Kyle Ryde had a premature end to their race when they crashed out, but both were soon up on their feet.

Ray moved to the front of the pack for the first time on the sixth lap with a determined move on Ellison at Redgate with Ellison and Haslam still in close contention, but behind the there was a scrap between Luke Mossey, Dan Linfoot and Danny Buchan with Byrne soon moving into contention.

Linfoot and Mossey were trading blows on track, but Byrne was soon ahead and with four laps to go the leading trio were inseparable in their quest for the first victory of the season.

The battle for the win went all the way to the finish line and on the exit of Melbourne for the final time Ray had a moment which pushed him out of the seat, but he wasn’t giving Ellison and Byrne an inch.

The defending champion though took the advantage, moving ahead of Ellison to finish second as the Buildbase Suzuki team celebrated the first victory of 2018.

Dan Linfoot won the war for fourth place ahead of Mossey and the returning Glenn Irwin as Jason O'Halloran dropped back to seventh on the final lap. Peter Hickman was eighth after he made a move on Haslam with Michael Laverty completing the top ten.