Josh Brookes conquered the opposition at Brands Hatch to score his first double win of the 2018 Bennetts British Superbike Championship to celebrate the Yamaha R1 20th Anniversary in style with the McAMS Yamaha team and bolster his title aspirations.

Having made a promise to his 73.8k Twitter followers that it would come off if he did the double, despite the Australian wanting to keep it until the Classic TT next month, it now looks like a bare top lip for the 2015 BSB Champion. 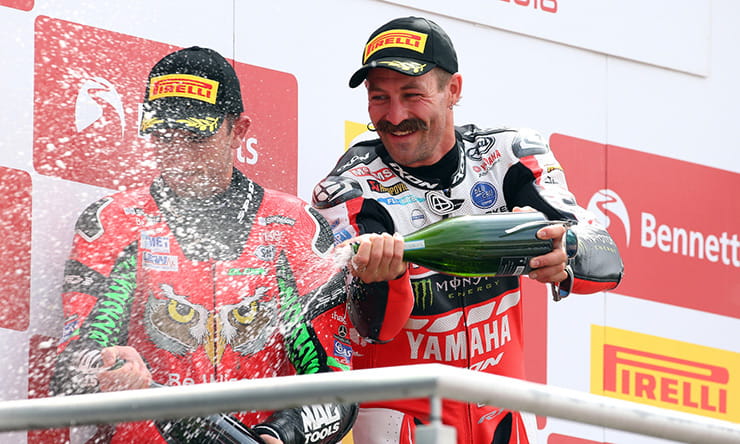 The 35-year old from Sydney scored his first victory of the 2018 Bennetts British Superbike Championship holding off Glenn Irwin to celebrate at the Yamaha R1 20th Anniversary event in style on the Brands Hatch Grand Prix circuit.

Brookes had been charging throughout the weekend and in the opening race he launched off the line to hit the front of the pack ahead of Irwin and Tarran Mackenzie. Instantly Brookes and Irwin were dicing for the leading position but by the start of the second lap the Be Wiser Ducati rider had the edge.

Christian Iddon was moving through the order and soon the freight train of riders at the front had turned into Brookes, Irwin, Iddon, Leon Haslam and Mackenzie. Iddon had moved into second with a move at Druids on lap four.

Irwin was instantly on the attack and reclaimed the position from his Tyco BMW rival. Dan Linfoot’s tough weekend continued as the Honda Racing rider crashed out at Westfield on the sixth lap and he was forced to sit out race two with a suspected fractured scaphoid.

At the front the lead group of five has started to edge ahead of the chasing pack with Brookes holding off Glenn Irwin, Iddon, Mackenzie and Haslam. The second McAMS Yamaha was on a charge as Mackenzie moved up the order and into third, but it was a disaster for the Superbike rookie as he crashed out on the penultimate lap from a potential first Bennetts BSB podium finish.

Irwin was pushing to attack for the lead on the final lap but it wasn’t enough and Brookes had a 0.227s edge at the finish line with Haslam promoted to third after Mackenzie’s crash. Jake Dixon had carved his way back up the order to snatch fourth place from Iddon on the final lap with Peter Hickman able to hold off the challenge from Richard Cooper in seventh place.

Knockhill double podium finisher Danny Buchan was eighth ahead of Andrew Irwin and Michael Laverty who completed the top ten. 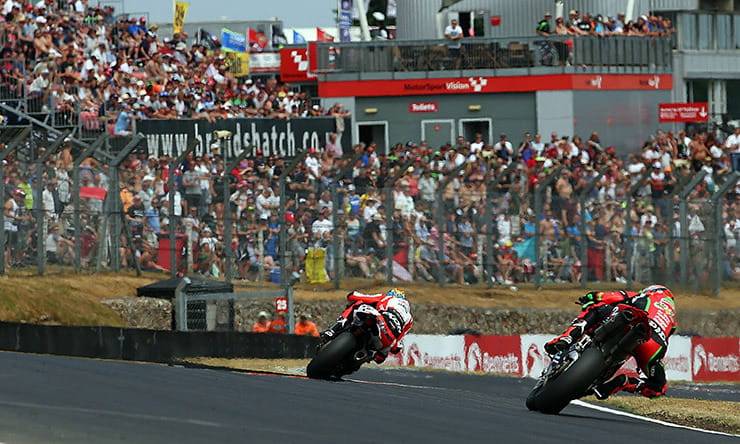 In race 2, Brookes fired off the line into the lead ahead of Irwin and Cooper, who had a storming start from 7th to move ahead of Haslam, Buchan and Dixon. But there was disaster for Cooper and his Buildbase Suzuki though as he crashed out unhurt at Paddock Hill Bend on lap 6.

Dixon though had moved into fifth place, making a decisive move down the inside at Druids to grab the position. At the front the leading trio began to break the chasing pack with Brookes, Glenn Irwin and Haslam holding a small advantage over Dixon, Iddon who had moved up the order, and Mackenzie.

Irwin was trying to make a last lap attack, but Brookes had the advantage and held him off to the line by just 0.090s to bag another five Podium Points for his championship challenge with Haslam holding on to the final podium position for the JG Speedfit Kawasaki team.

Dixon had been under threat from Mackenzie but the RAF Regular & Reserves Kawasaki rider managed to hold him off in the closing stages of the race with Iddon scoring sixth place for the Tyco BMW team.

Tommy Bridewell had an impressive performance to finish seventh and give the Moto Rapido Ducati team their best result of the season on his debut weekend, passing Buchan on the final lap. James Ellison and Hickman completed the top ten. 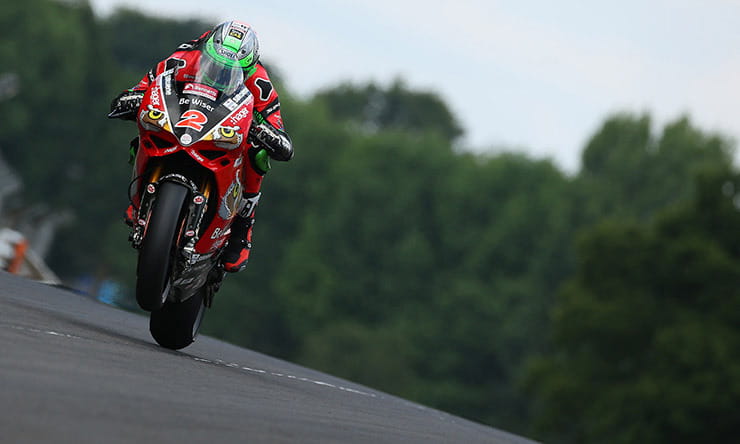 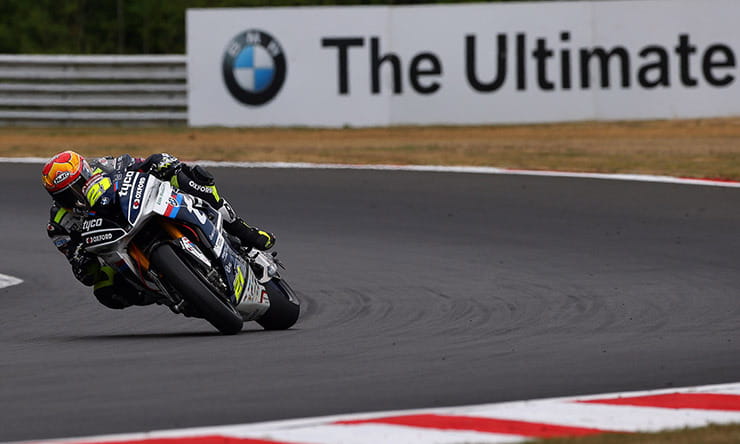 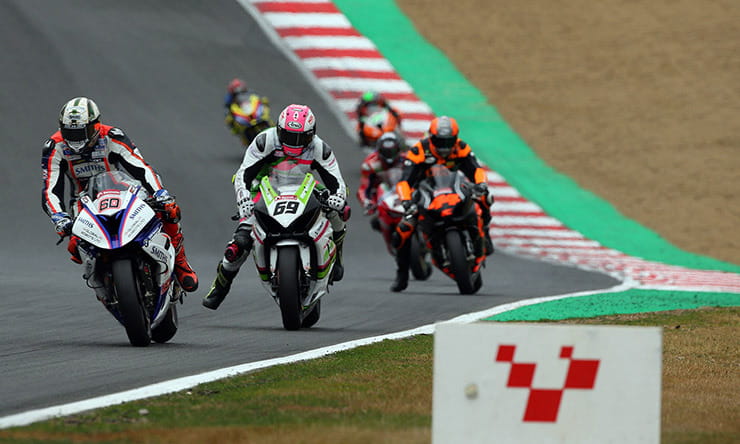 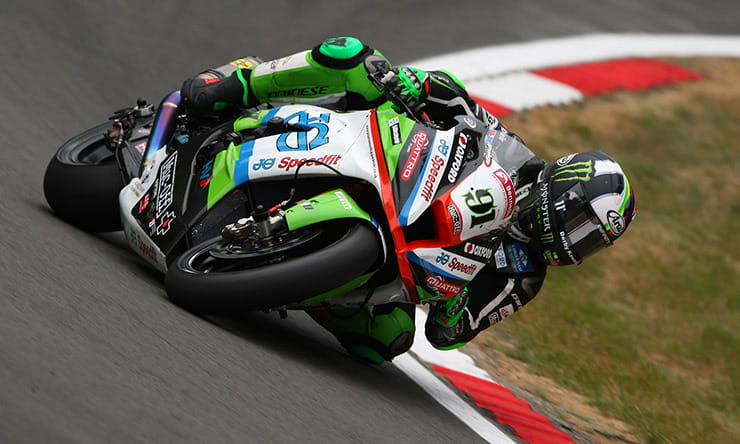