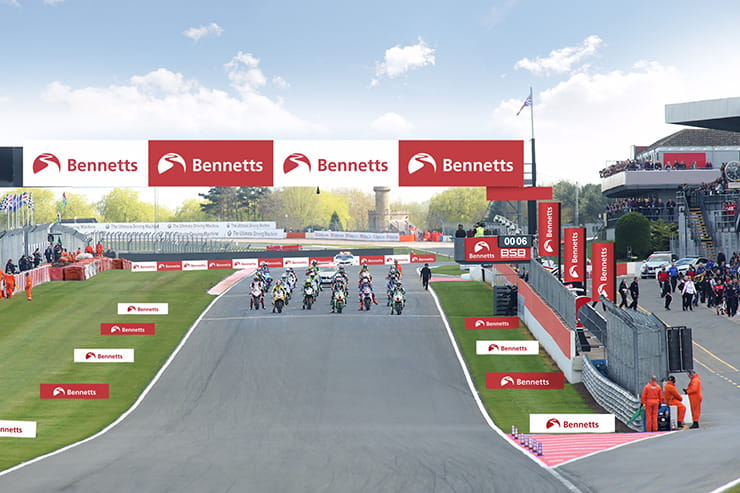 Bennetts, the motorcycle insurance specialist, and its online news channel, BikeSocial (that’s us!) are incredibly proud to announce a three-year deal as the title sponsor and official digital media partner of the British Superbike Championship (BSB), respectively.

After three years of supporting the Halsall (2015 - 2016) and Hawk Racing (2017) Suzuki teams, Bennetts steps up to return as title sponsors for the first time since 2008, having been associated with the championship and MotorSport Vision (MSV), the commercial and media rights holder, originally since 2005.

Bennetts becomes the title sponsor of what is widely regarded as the most competitive national motorcycling championship. The deal will see the company, which has been insuring motorcycles for more than 85 years, utilise Britain’s biggest motorsport series to engage with motorcyclists and offer exciting opportunities to their customers.

The association will mean the return of the familiar red and white Bennetts logo across all of the events, showcasing unrivalled branding and communications opportunities at each of the 12 rounds, featuring at iconic race circuits across the UK and in mainland Europe including Silverstone, Brands Hatch, Donington Park and Assen. The title sponsorship also includes unique experiences to further enhance Bennetts’ presence in the sport and reward their customers.

The relationship will be strengthened further by a digital media partnership with news channel BikeSocial.co.uk, which since its launch in 2012 has become the UK’s fastest growing motorcycle news, reviews, features, advice and social media platform. 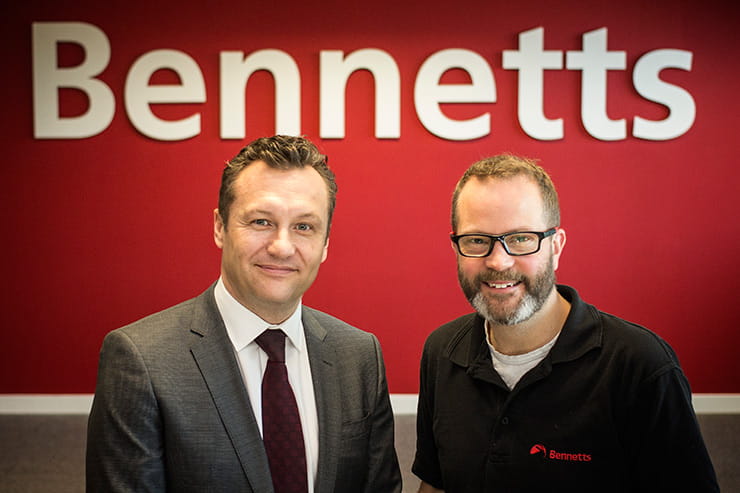 The new association will mean increased coverage and insight into the Bennetts British Superbike Championship on BikeSocial and deliver further coverage on all the sporting drama from the series that is supported by a legion of passionate supporters worldwide (that’s you!).

Managing Director of Bennetts, Vince Chaney, said: “We couldn’t be more excited to return as title sponsor of BSB. We’re going to use this partnership to create some fantastic BSB experiences for our customers. Bennetts policy holders will be able to unlock exclusive experiences including grid walks, podium presentations and pillion laps via our established Bennetts Rewards site that all customers can sign up to.

“The future for BSB looks extremely promising. We’re confident that the partnership between Bennetts, BikeSocial and MSV will further boost the championship and make the experience more engaging than ever before.”

BSB Series Director Stuart Higgs commented: “I am delighted to announce the return of Bennetts as the title sponsor of the British Superbike Championship. It is a partnership which resonates with our loyal fans and will evokes memories of some of the big battles between BSB greats including our current champion Shane Byrne, also the last Bennetts BSB title-winner in 2008, and the likes of Ryuichi Kiyonari and Gregorio Lavilla.


“Bennetts have always been a strong supporter of our sport and motorcycling in general, which makes them the perfect partner to our championship. We are looking forward to working with the team at Bennetts who share the same passion as our teams, riders and supporters to further strengthen our position as the biggest motorsport championship in the UK.

Win tickets to the BSB

To celebrate our partnership with the BSB we are giving away 12 pairs of tickets to a BSB round of your choice. Competition closes tonight (23:39 14th February) please enter by clicking here.