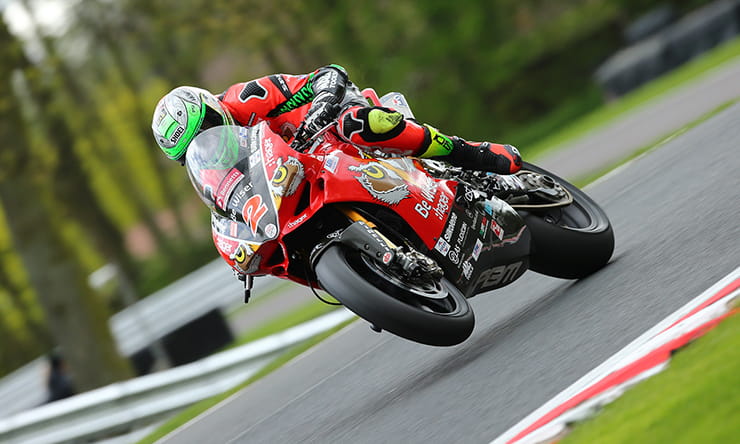 Be Wiser Ducati’s Glenn Irwin dipped under the lap record at Oulton Park to top the times in the Bennetts British Superbike Championship official test, snatching the top spot from Leon Haslam by just 0.297s in the closing moments of the final session. Irwin had topped the opening two sessions, but championship leader Bradley Ray had set the initial benchmark onboard the Buildbase Suzuki as he bids to extend his ten point lead at the Bank Holiday third round in Cheshire next weekend. 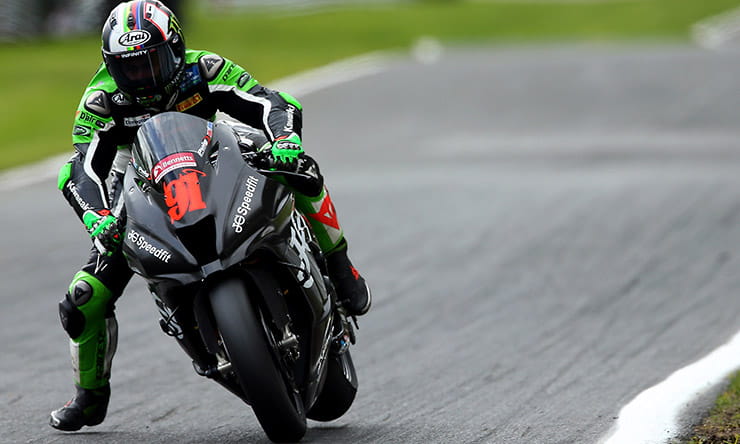 Ray was nudged from the top spot by Jake Dixon, who had been second fastest in the second session onboard the RAF Regular & Reserves Kawasaki, running just 0.11s adrift of Irwin who had set the pace. Dixon had been holding the top spot but Leon Haslam was closing him down as he moved second with Ray and a resurgent Josh Brookes also in close contention. The JG Speedfit Kawasaki rider though then completed a run of laps that put him at the top of the times and just 0.007s ahead of Dixon with 30 minutes remaining. As the final 15 minutes of the test approached it was defending champion Shane 'Shakey' Byrne who then surged to the top of the times on the second Be Wiser Ducati with just 0.8s separating the top eleven riders. Haslam then fought back to take the top spot ahead of Byrne and Brookes as the final ten minutes counted down, but with less than three minutes on the clock Irwin retaliated to move back to the top where he stayed until the chequered flag. 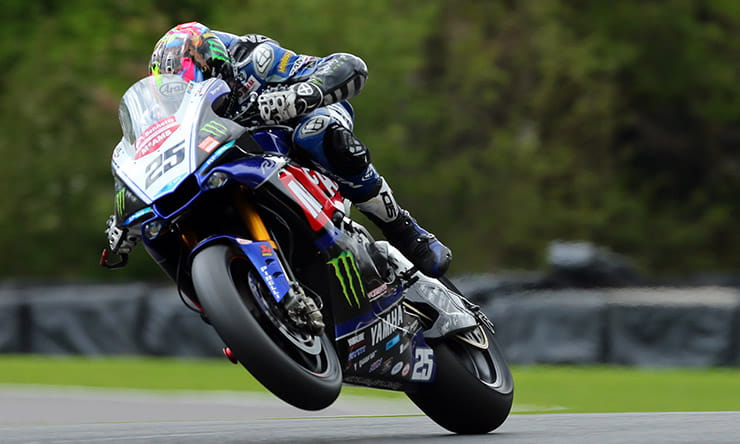 Haslam held on to second ahead of Byrne with Brookes in fourth ahead of the next two races next Bank Holiday Monday.

Dixon held fifth place to remain ahead of Richard Cooper on the leading Buildbase Suzuki with Peter Hickman pushing ahead of local contender Christian Iddon and Ray in the closing stages.

Glenn Irwin
(Be Wiser Ducati)
Fastest rider at the official test
"The afternoon was really, really good. I topped every session and I had a really good feeling with the Be Wiser Ducati so fair play to the lads in the team.

"We had a good setting in this morning and then we turned it upside down and made it better again. We played around with a test run on how we could make it even better. I wanted to find somewhere between the two.

"I had no tow or riders to slipstream; I did the laps on my own and felt comfortable doing it. Hopefully we can use this test to really kick start our season next weekend here. We have already been strong but we want to be winning races."

The next round of the 2018 Bennetts British Superbike Championship take place at Oulton Park on May 5/6/7.