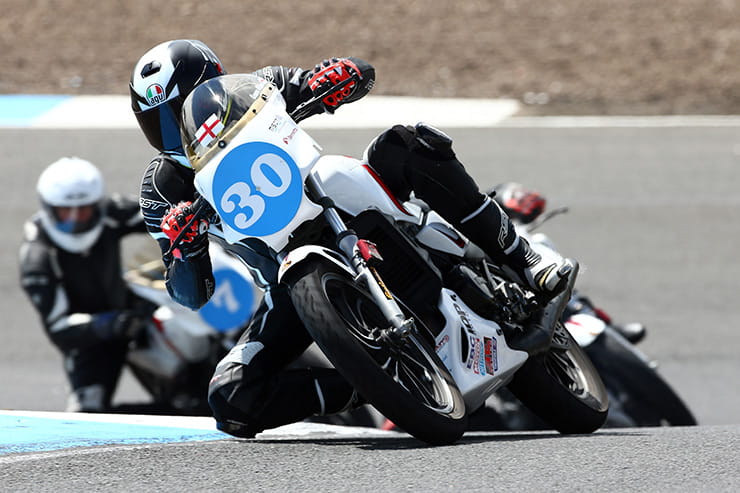 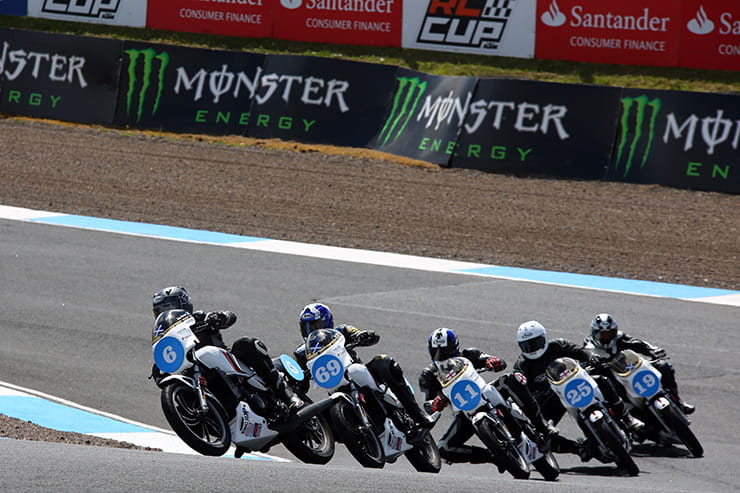 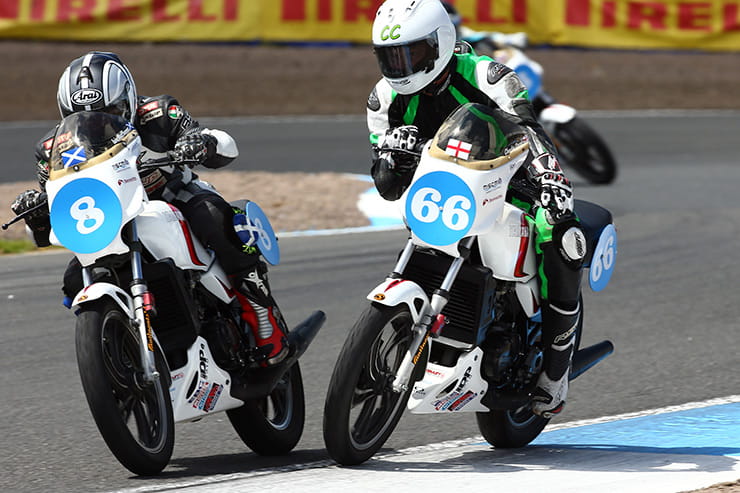 After two years of supporting the British MotoGP round at Silverstone followed by a territorial battle at Knockhill earlier accompanying the British Superbike series, the Yamaha RD250LC grid is reforming to do battle once more, this time as a BSB support race at Cadwell Park (18-20 August).

The massively popular 1980s one-make racing series that launched the careers of many bike and even car racers was reintroduced in 2015 as a support race to the British MotoGP round at Silverstone. In the pouring rain, Niall Mackenzie came home first from Charlie Corner and Andy Muggleton. 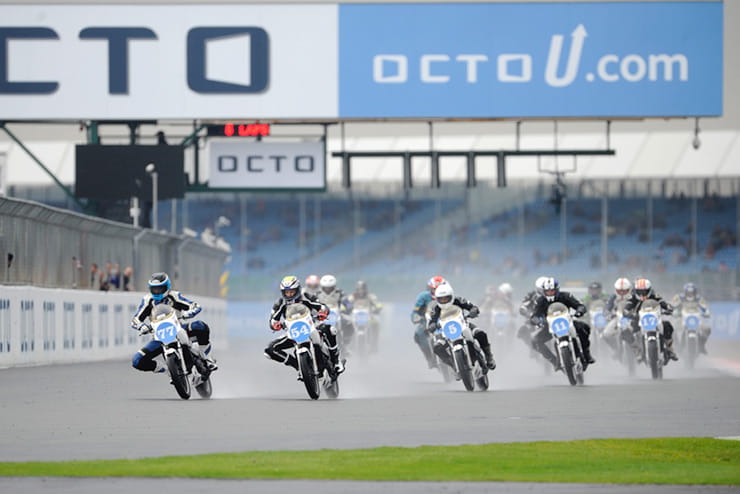 One year later and again the RD250LC’s (not the original 350s incidentally because costs of sourcing and rebuilding 30-or-so of them were to be kept down) were back on the Grand Prix circuit avoiding the puddles and it was Muggleton who took the spoils from Corner and Dale Robinson.

16 identical two-stroke machines thrashed around the tight and twisty rollercoaster that is Knockhill back in June this year where, once again, Mackenzie came home on top followed by Corner then Iain MacPherson to give the Scottish team a slender victory on home soil over the English.

Instead of the border-dividing rivalry, it’s the county border that defines the teams at Cadwell with the Lincolnshire Poachers (Robin Hood hats!) versus the Gamekeepers (Sherlock Homes hats!) with the Poachers team made up of mainly Lincolnshire riders. 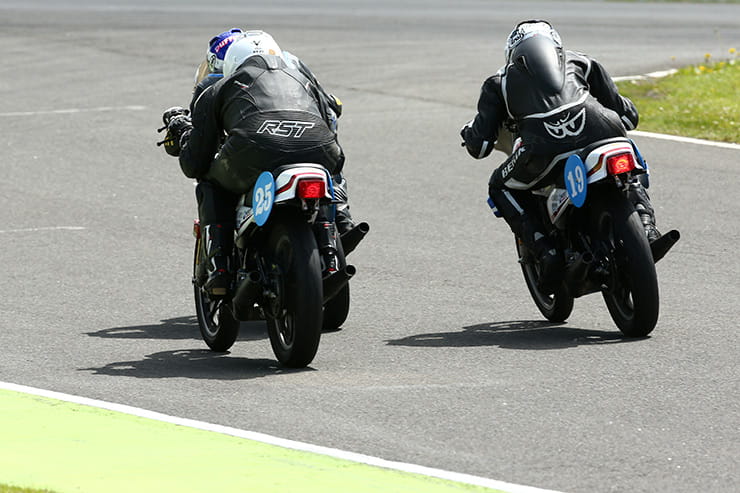 Fans of the six-time Grand Prix podium finisher, Niall MacKenzie, will be disappointed though as the Scot, having won two of the three races so far and now clearly in a charitable mood, will be sitting the Cadwell race out.

In addition to the two-stroke 250 machines there’ll be a further nostalgic element to the weekend with up to six beautiful 500cc two-stokes being started up to add a further waft of (hopefully) Castrol R to the North Lincolnshire air. If you’re visiting Cadwell then look out for the 40-foot truck and awning.

The format for the weekend looks like two races with one taking place on Saturday evening before a second after BSB Race 2 on Sunday. At present Eurosport are set to broadcast the races but as with live television, things can quickly change. 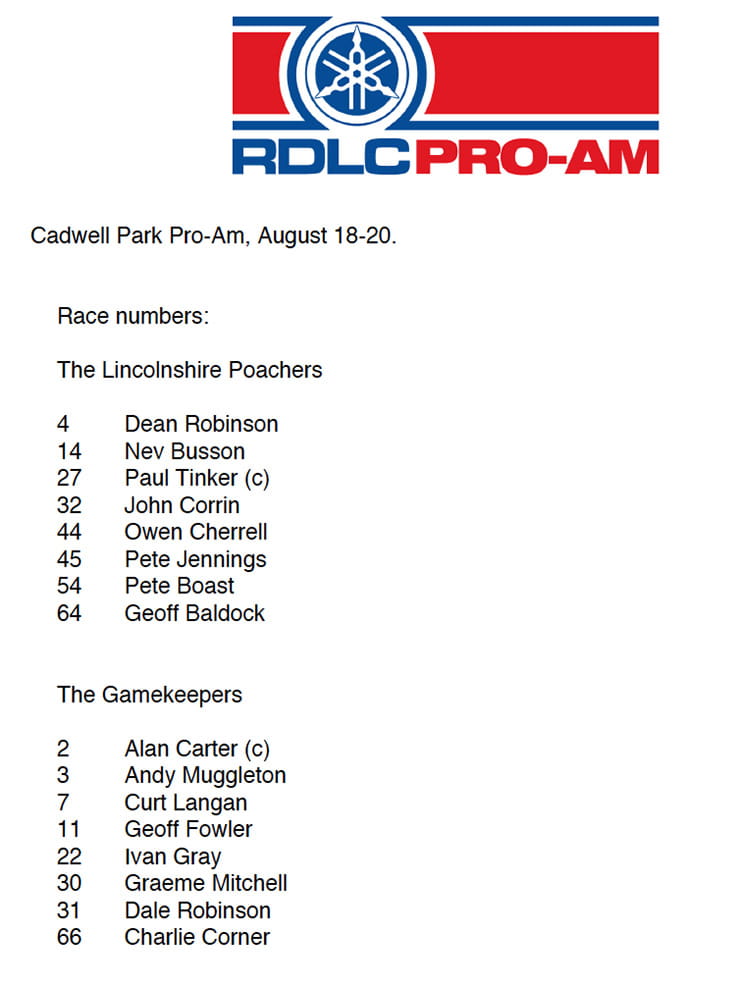