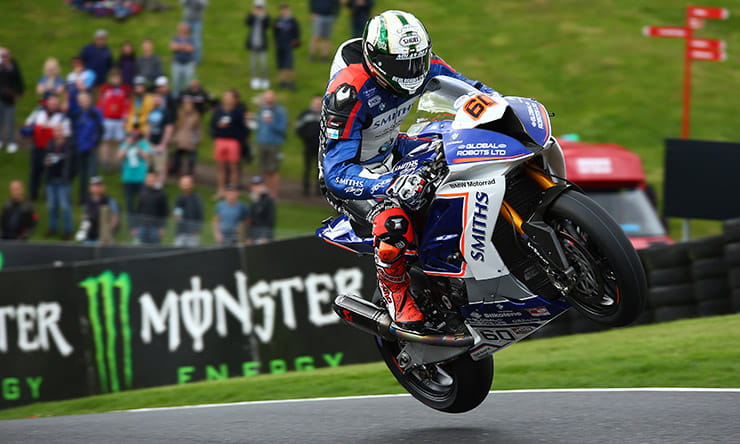 The rider from Kendal avoided a race full of drama to beat Lee ‘Bob’ Jackson and Peter Hickman to the line and take his fifteenth British Superbike race win.

Five-time champion Shane ‘Shakey’ Byrne looked set to take victory and mathematically seal his place in the showdown, until a technical issue on lap 13 saw the Ducati rider retire from the race.

Ellison said: “We’ve had that in us all year! It’s just disappointing we’re not fighting for top spot in the championship and instead fighting to just get in the showdown.”

“I knew I had the pace for this podium, as I felt really confident after race one. I’m just so pleased to get the teams first race win of the season and hope we can now work towards getting in that showdown at Silverstone.”

Byrne still has a 10-point lead in the championship as we head to Silverstone (Triple Header) on the 8th-10th September.