Haslam does the double at Donington 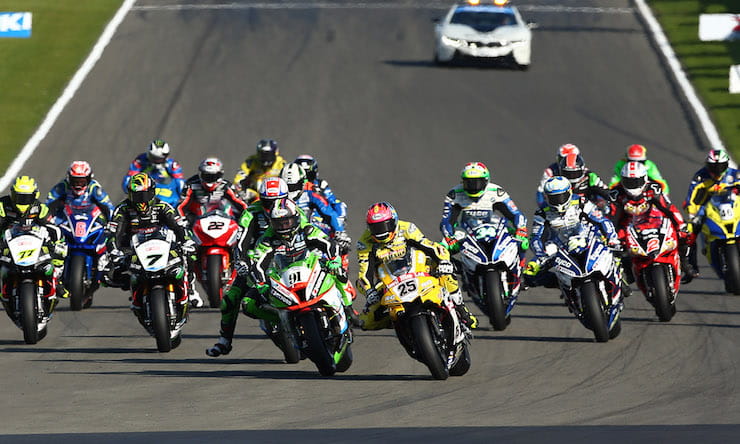 JG Speedfit’s Leon Haslam secured victory in the second race of the afternoon at a sunny Donington Park from former champion, Josh Brookes.

Increased track temperatures for race two saw Brookes and Haslam pull away from the rest of the pack, leaving Glenn Irwin, Christian Iddon and Luke Mossey to fight it out for the final step on the podium.

After a positive start McAMS Yamaha’s James Ellison dropped off the pace towards the end of the race finishing a credible sixth on his new machine, ahead of Bennetts Suzuki’s Sylvain Guintoli.

Haslam said after the race: “I made a big mistake early in the race and Josh made a gap on me. I had to push harder than I wanted to in order to catch him up, but luckily Josh’s tyres dropped off and I managed to catch him.”

“Last year was a learning curve for me after returning from World Superbikes. This year I know what to expect at each round and I’m looking forward to heading to Brands.”