Mossey at the double 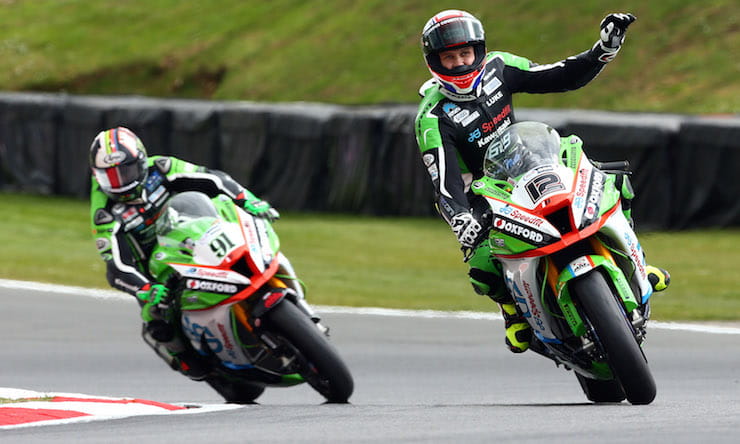 Luke Mossey stormed to his second ever superbike victory with an impressive display in race two at Brands Hatch.

Despite Tyco BMW’s, Christan Iddon, keeping Mossey honest throughout the race, no one could stop the Essex based youngster repeating his win from earlier in the day.

The drama started before the race even got underway at the Kent based circuit, with pole man James Ellison not making the start. A suspected bent chassis from his race one crash ended a dismal weekend for the Lancaster man.

A buoyant Mossey after the race said: “I was over the moon with the first one and would have been happy with a top five in race two, so to take another victory is superb. We done our homework this weekend with the race runs in practice and it showed in the race."

"I’ve never had a start to the season this strong before and I’m just looking forward to heading to Oulton Park now. The Kawasaki goes well there and love riding the circuit."