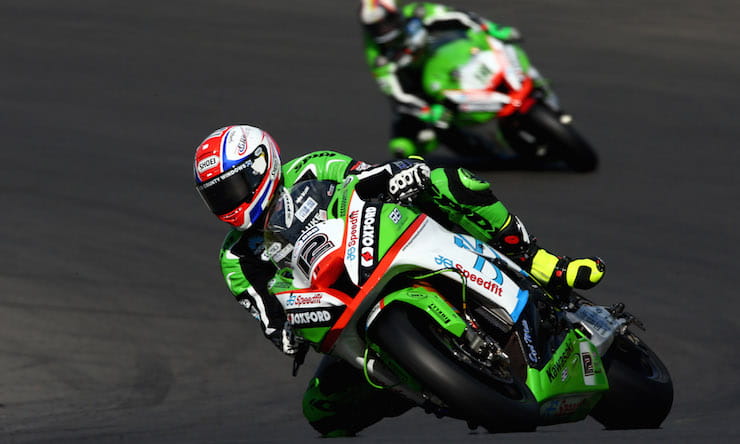 Despite a sluggish start from pole, James Ellison stormed his way to the front in the early stages of the race and set a blistering pace out front until a crash on at Druids put an early end to his race.

This left 24-year-old Mossey to inherit the lead on lap twelve, a lead which he continued to extend to the flag.

Michael Laverty and his McAMMS Yamaha finished eighth, with Hickman and Brookes rounding out the top ten.

Mossey after the race said: “I’m so happy to get this first race victory out the way. This makes all the blood, sweat and tears over the years worthwhile.”

“I wasn’t riding outside of my comfort zone in that race and feeling confident in the bike and the team for race two this afternoon.”

Race two gets underway at 16.30 today with Ellison starting from pole position.