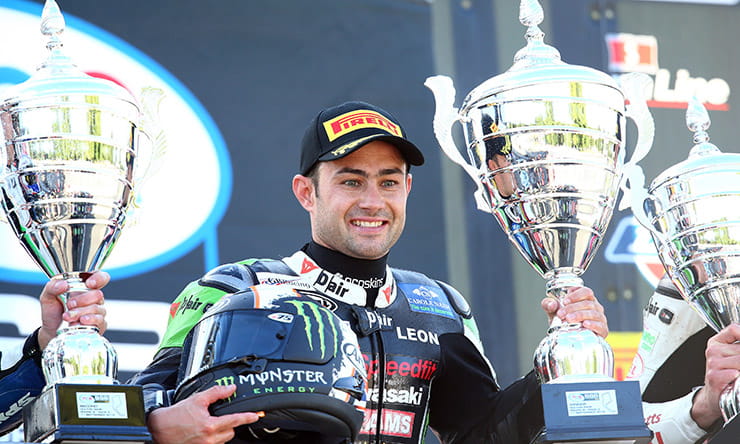 With the 'showdown' places decided, the fight to become the 2016 British superbike champion will be battled out by six riders over seven races, starting this weekend at Donington Park.

While Luke Mossey, Dan Linfoot, Jason O'Halloran, James Ellison and Shane Byrne are all in the title deciding slots, the main that they are all aiming for is the in form Leon Haslam. He achieved a triple win at Oulton Park at last week to claw back a bag full of ‘podium credits’ on main title protagonist Byrne, who had a weekend to forget in Cheshire.  However, Haslam, who is coming into his home round this weekend at Donington Park, but admitted that four-time champion Byrne will be back as strong as ever.

“We are always going for wins and doubles, but the showdown is all about not making too many mistakes and I think that the Kawasaki will work well around Donington,” said Haslam. “We’re just taking it race by race. For sure Shakey is going to bounce back, and I know the Ducati will be strong there so we’ll wait and see, hopefully we can have two strong races.”

Last weekend seemed to be a turning point for the 33-year-old JG Speedfit Kawasaki rider, with Byrne making uncharacteristic mistakes when under pressure but Haslam admitted that Oulton Park was probably a one off for his rival and refused to admit that the momentum had swung his way.

“It’s hard to say really, at some tracks he and the Ducati have been more than dominant, he’s been well ahead. He struggled at Oulton the first time we visited there so it might be just the track character that doesn’t suit the bike or his style but there is no doubt he will be there for Donington, Assen and certainly the final round at Brands.

“Race by race I had a terrible race weekend at Snetterton and Thruxton and we’ve bounced back, so hopefully it’s going to be a good fight 'til the end of the year.”

The showdown format strips the leading six riders of the championship points gained during the main part of the season, allocating them a base of 500 points and topping them up with 'podium credits' awarded for top three finishes during the opening rounds. It means that Haslam goes into the last three rounds leading on 546 points, three ahead of Byrne. O'Halloran and Ellison share third on 513, with Linfoot on 511 and Mossey sixth on 506. A total of 175 points are available over the final three race weekends. 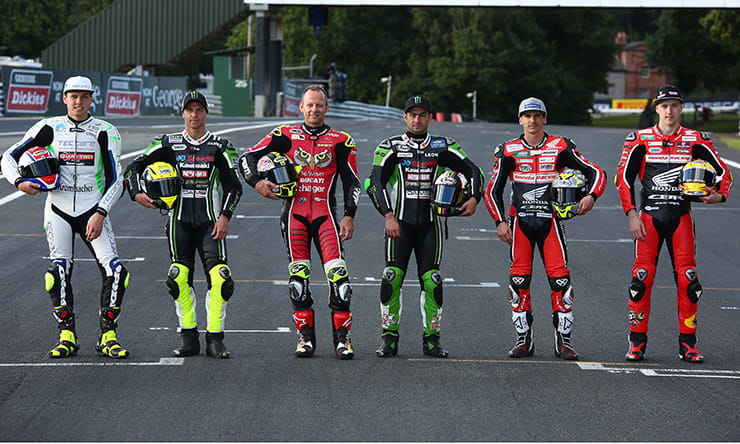