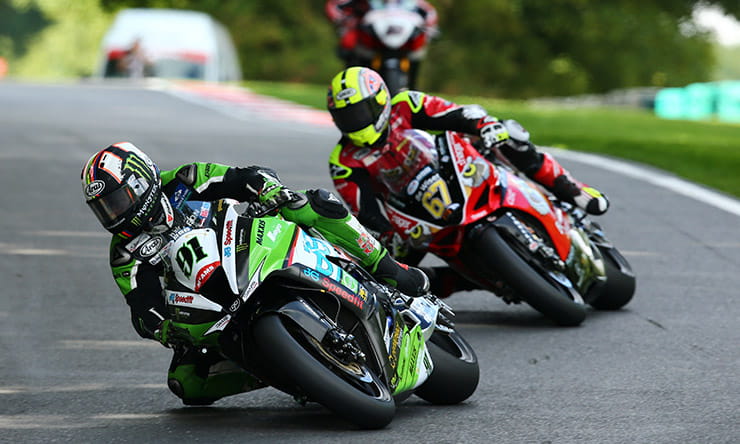 JG Speedfit Kawasaki’s Leon Haslam claims that pressure will not bother him as he goes head to head with title rival Shane Byrne for the 2016 British Superbike crown this weekend.

The championship battle is close heading into the final round at Brands Hatch, with 17 points separating series leader Byrne and Haslam, but the Derbyshire man admitted to Bike Social that he will try to be as ‘cool as a cucumber’ come Sunday.

“Pressure doesn’t really bother me, racing is all about winning,” said Haslam. “Championship or no championship we’ve had a good year, we’ve scored more points than him (Byrne) over the year to this point and we have three to go, so we just need to do the same.”

The showdown format has its critics since its introduction in 2010, not least Ducati star Byrne, although the Kent-based rider has taken two title successes under the current rules.

It's also a format that's had its fair share of drama, especially as Brands Hatch can be wet, cold and unpredictable in October, and although Byrne just needs to finish directly behind his rival in each of the three races, it's easier said than done. Byrne went into the last round with a one point advantage over Alex Lowes in 2013 but effectively grabbed defeat from the jaws of victory after crashing in the second race, while Ryuichi Kiyonari crashed out in practice in 2014 to allow Byrne to ride unopposed to his fourth title. Both Byrne and Haslam have made the odd mistake this year, Byrne at Oulton Park in September and Haslam at his home circuit of Donington (pictured).

“You never know, it’s his championship to lose really,” the 33-year-old Haslam continued. “He hasn’t got to beat me, he has just got to finish second in all three races. My tactics are the same, and they have been all year, and that is to win races.

“I want to go out there and win all three. If that means he finishes second to me and I lose the championship by two points then that’s what it’s meant to be. I can’t do anything about that. It was my mistake at Donington and that was my issue, but we’ll go to Brands and try to take all three wins.”

It's his championship to lose

“For sure, Donington is one of those tracks I’ve done one hundred million laps around but I have never really had the best of results there.

“I knew on the day that Shakey had the soft tyre and I had to run the hard with the track temperature. We had to finish second to him twice, we knew we weren’t going to beat him. It was my mistake trying to beat him, with the odds stacked against us, and we’ve learnt from that. It was my first crash of the whole year but at the same time I knew I should have settle for second. I was confident we could go to Assen and win, and I’m confident we can go to Brands and win!”

The final round of the British championship take place this Saturday and Sunday and can be seen live on British Eurosport 2. 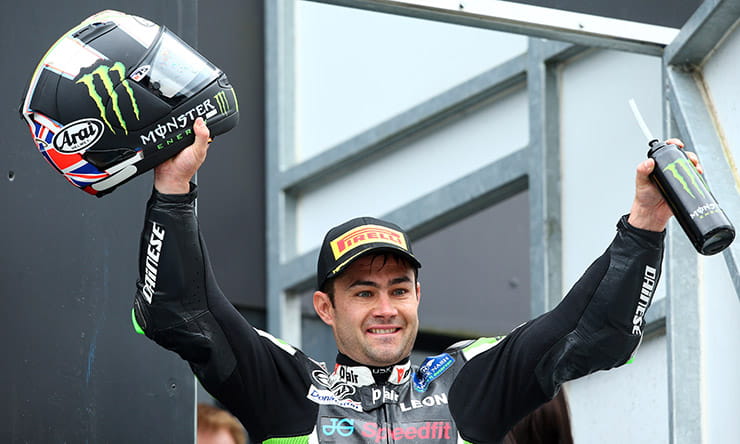