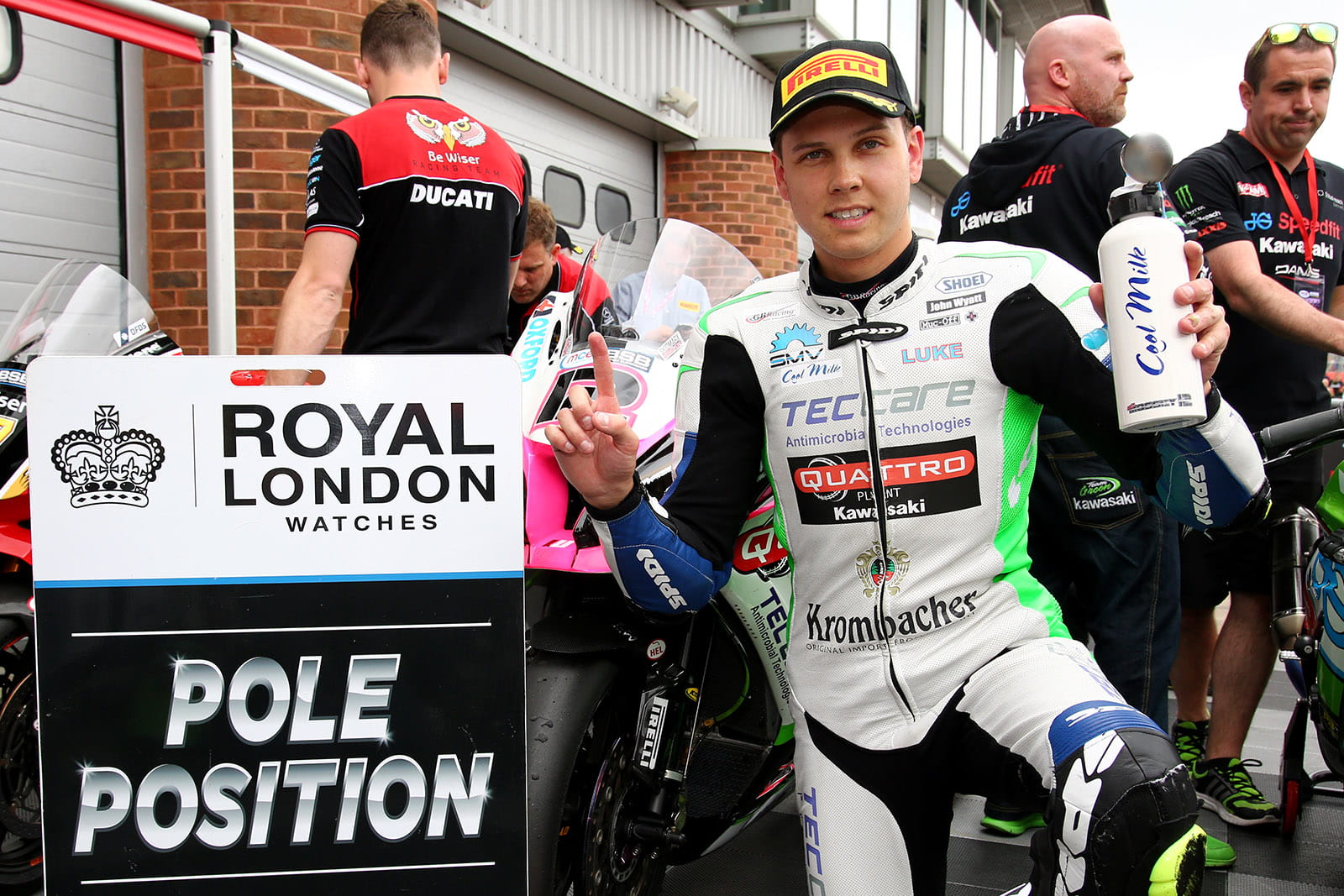 Mossey, showed great pace throughout the three tier session, building speed in the final eight-minute dash, he pulled his fastest lap out of the bag on his last circulation to claim his maiden pole position in the blue riband class.

The Cambridge man’s time of 45.275, is only six hundredths slower than the race lap record around the oval Indy circuit.

The big surprise from the session was that championship leader Christian Iddon never made the final stage, falling out of proceedings in Q2 in eleventh place, and will start the first race tomorrow in the middle of row four.

“We haven’t had a bad weekend, I just felt we haven’t had a perfect lap in most of the free practices,” said pole man Mossey. “I would have been happy with the first two rows, but to get pole like that I’m over the moon.

“I hope we can convert that to our first rostrum of the year tomorrow. The win is going to be hard but I’m feeling confident and the bike is working well, so we’ll just have to see what tomorrow brings now.”

Starting from the runner-up spot for the second time in as many races, a content James Ellison said: “I’m happy, we have good consistency and I was trying to do one fast lap then cool the tyre down so I didn’t overheat the right hand side. There are only two lefthanders here and the right hand side gets a real hammering around Clearways, so sometimes it does overheat.

“I seem to have 45’s on tap, which is good, I just didn’t have enough to match Luke, it was so close at the end and I thought I had P1. Shakey and Luke are going to be the boys we are going to fight with tomorrow, and it’s so close. I’ve just got to dig deep and see what I can produce tomorrow.” 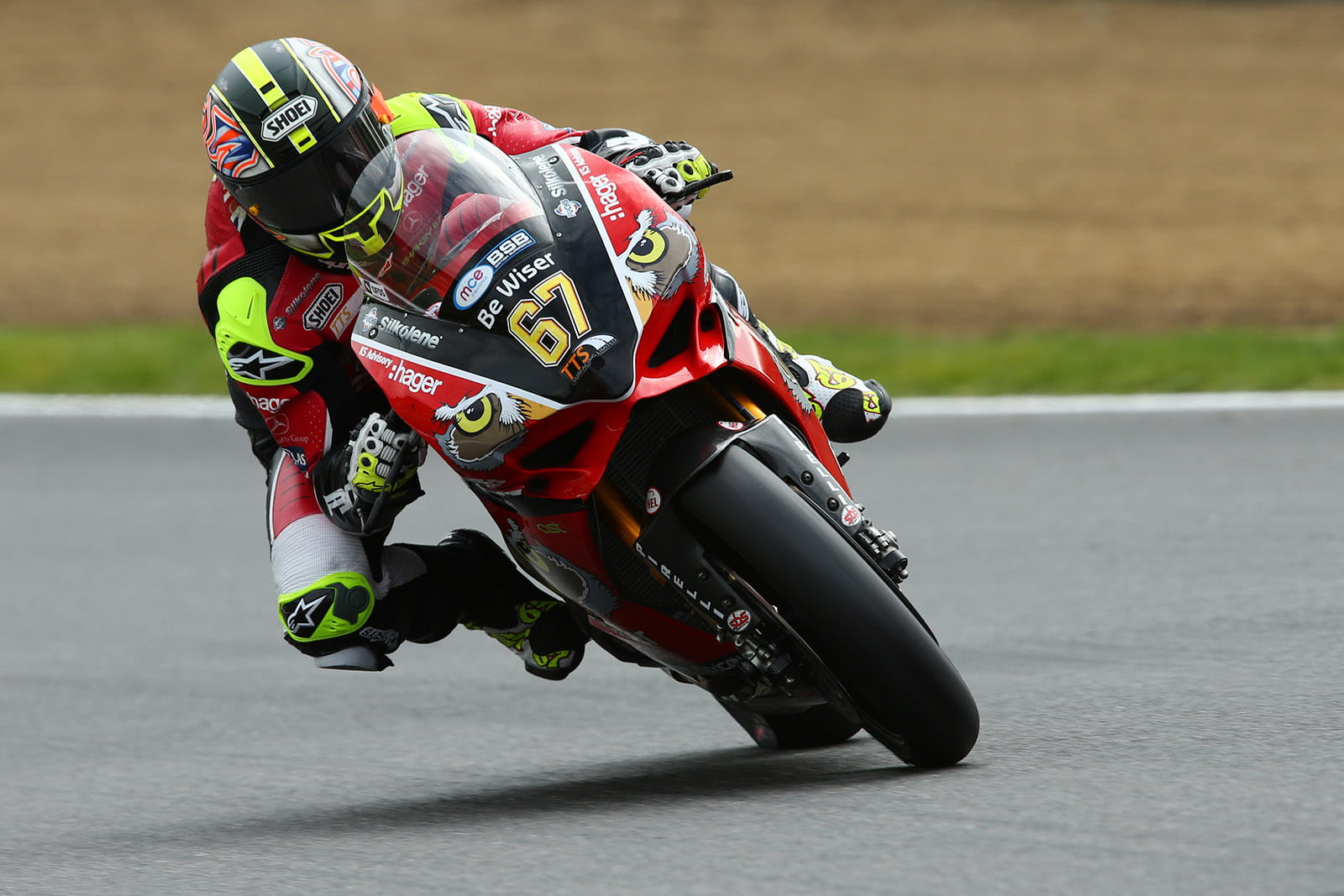 Pleased to return to the front row, the ‘King of Brands’ Shane ‘Shakey’ Byrne added: “There has been two rounds so far this year and I’ve been nowhere near the front row, so it shows the progress we are making.

“To do it here is quite good as well, because this is a track where every thousandth counts. We did a good lap time yesterday in the dry and knew we could improve on it. We tried something this morning with the bike and it helped in some areas but made it more difficult to do a lap time.

“Obviously we’re concentrating on being able to do 30 laps as well, there are still little bits and pieces we can do to improve the bike and I’m looking forward to seeing what we can do tomorrow.”