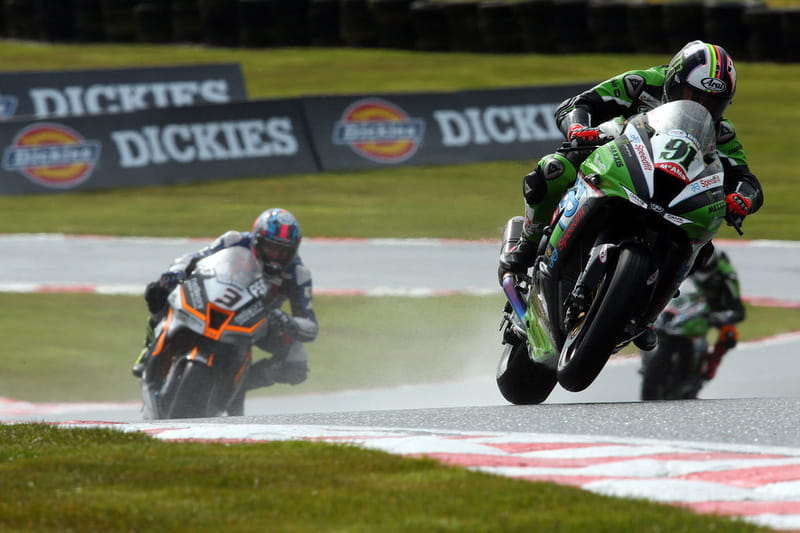 JG Speedfit Kawasaki rider Leon Haslam stormed to a second pole position in as many races, in a fully wet qualifying session at the Cheshire circuit, with Shane ‘Shakey’ Byrne dramatically crashing out in Q2.

Once again the weather hampered proceedings, meaning that the new superpole format would be pushed back to the next round at Brands Hatch.

The big surprise happened in the second qualifying session, with Be Wiser Ducati rider Bryne crashing out with seven minutes remaining after high siding out of the Hislop chicane, meaning he would start his 300th British Superbike race from 18th place.

Haslam battled it out with his JG Speedfit Kawasaki team mate James Ellison for pole position, eventually nicking the top spot on his very last lap by four tenths of a second, with Honda Racing’s Jason O’Halloran rounding out the top three.

“Even on a used tyre it took a lot of time to get heat in it,” said Haslam. “You finish a session feeling confident knowing where the spins will come and then in the next session you literally can’t touch the throttle.

“We made a small change and I didn’t know if we had gone the right way or the wrong way. Because the session is only eight minutes long I had to just stay out there and make the most of it, and I did it on my last lap, all round its been a good day.” 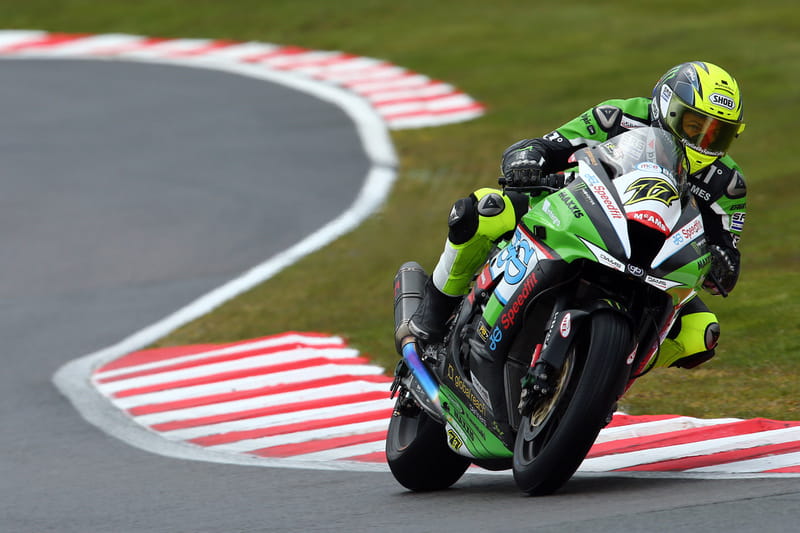 Starting from second place a happy James Ellison said: “It was tough out there, it was greasy as anything, the tyres held up really well I just made a bad choice in the third session. I reused my tyre from the second session because they were taking time to come to me because of the temperature.

“It worked, I was quickest straight away but then I went to push for another lap and the tyre had gone. It’s a little bit disappointing to cross the line with P1 on the board, and fist pumping all the way and I even had my speech prepared and everything, then I pulled in and all the boys were stood at P2, but it’s great the boys worked hard.”

After a tough day in Saturday’s Free Practice Jason O’Halloran expressed: “To be up on the front row for tomorrow is really important here at Oulton Park, it’s a difficult place to pass on in the first laps so it’s really important to have a good starting position.

“Yesterday was a really tough day for us in both wet and dry, and we pretty much missed this morning due to a small technical problem and to come out this afternoon and be on the front row is fantastic.”

Row three has Alistair Seeley start from seventh, Jack Kennedy in eighth and Lee Jackson rounding out the top nine.