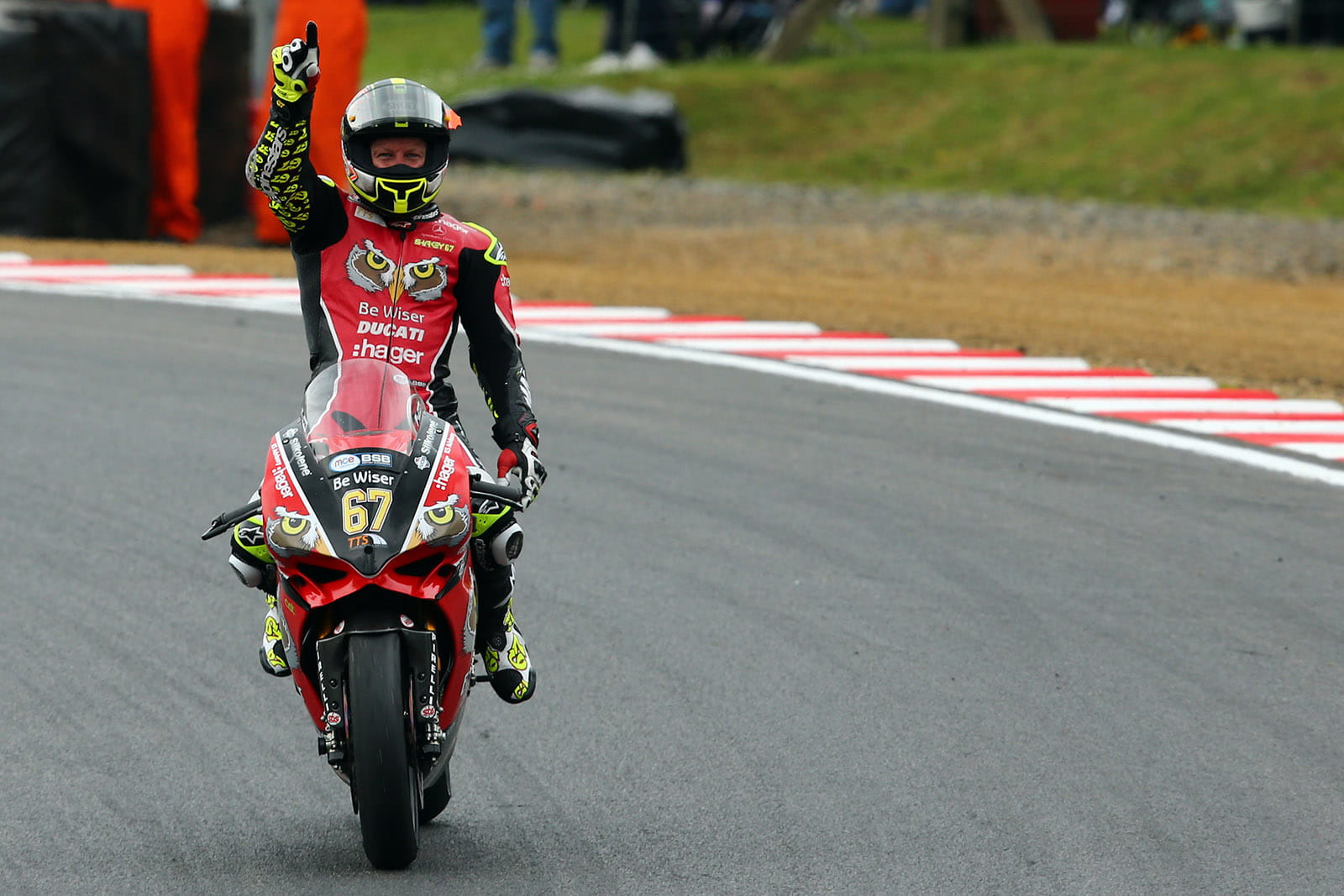 Shane ‘Shakey’ Byrne took a dramatic first win of his 2016 British Superbike Championship campaign in race two at Brands Hatch. Leon Haslam had mugged team mate James Ellison on the line to take the spoils in race one, walking away from the Kent circuit with a three point Championship lead.

Race one saw Haslam pick his way through the field from as far back as fifth, to steal the victory off the hands of his JG Speedfit Kawasaki team mate James Ellison at the flag. Ellison had to battle hard in the early stages with pole man Luke Mossey, until he lost grip with his rear tyre, leaving Ellison to forge ahead.

Haslam then began to carve his way through the pack, and in dramatic fashion took the victory by 0.057s, with Bennetts Suzuki man Tommy Bridewell taking his first podium of the year in third place. 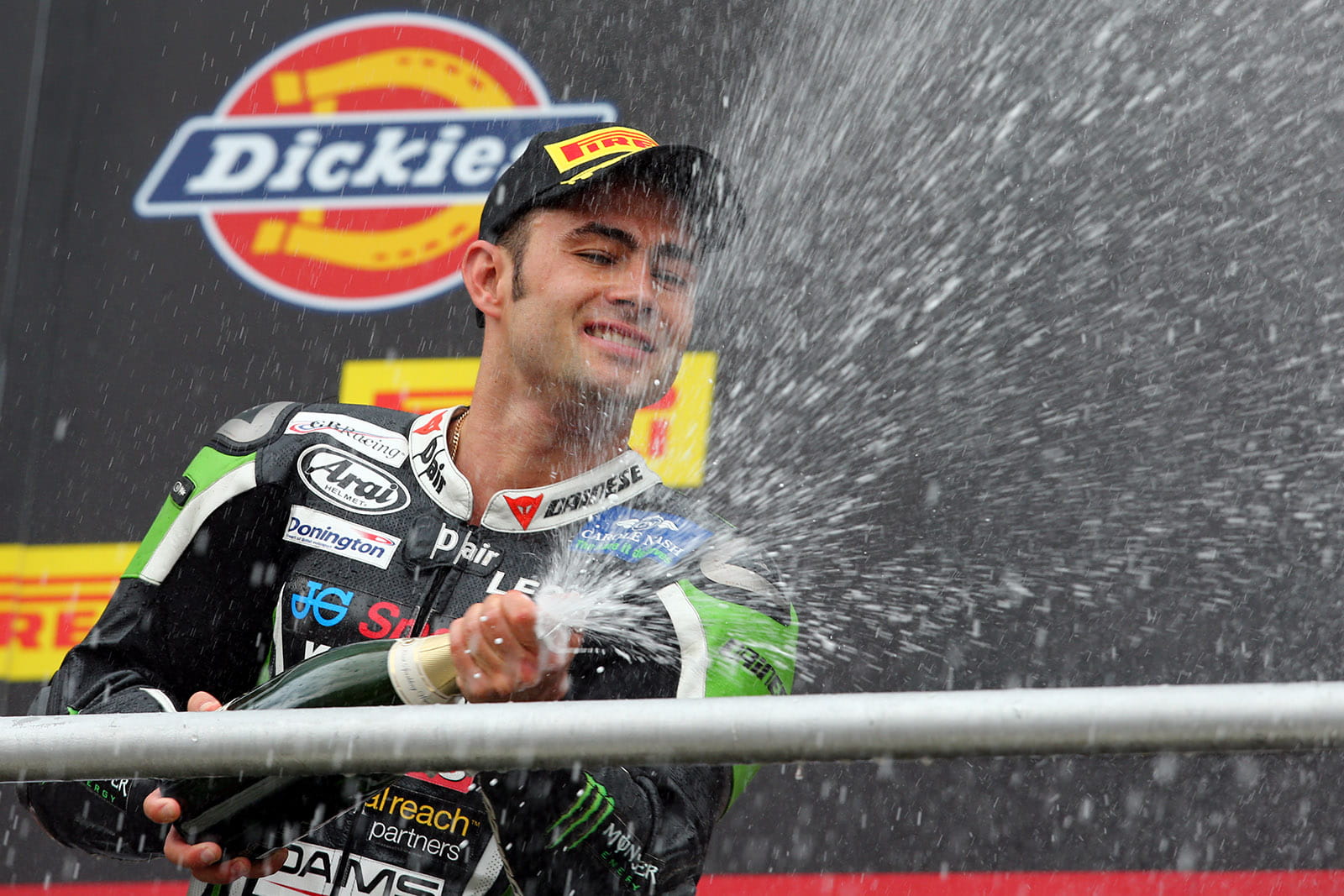 It would be much the same for Ellison and Mossey in the second outing, with the Quattro Plant Teccare Kawasaki man falling back in the pack. However, on half race distance Ellison was forced to retire out of the lead with an electrical issue, leaving Buildbase BMW man Richard Cooper to lead from the front.

‘Cooperman’ held off a challenge from the now series leader Haslam, until ‘Shakey’ put in a strong end to the race, moving his way up from fifth place to take the lead in a dramatic penultimate lap manoeuvre on Cooper. There was no stopping the four-time Champ, who then stormed on ahead taking his 69th career British Superbike victory.

After race two home town hero ‘Shakey’ said: “I got an average start that time rather than an absolutely dreadful one, which was quite beneficial! I was on the back of the guys in seventh or eighth position but we were all together.

“It was clear nobody was going to escape up the road, James’ bike broke and Michael Laverty’s blew up and I was right behind him. That caused me a little bit of a trauma because my strongest section of the track was into Surtees and up into Clearways so I rode  a little gingerly through there for a few laps to assess the job, and then chipped away at the guys in front. I held on for the last two laps, and I think this is the start of some really really good times for us.”

Taking more podium credits, second place man in race two Richard Cooper said afterwards: “The whole weekend has been great for me to be fair, we rolled out on the garage on Friday morning and made minimal changes to the bike and we’ve been fast all weekend.

“You always think you can be in with a shout of a podium and race one I wouldn’t say it was frustrating but I didn’t really have an answer for these guys (Shakey and Leon). I knew I had to make the most of my front row start for race two.

James came past and I thought ‘just have to sit with him’ and he’ll pull us away from the rest of the guys, then his bike broke and I nearly hit the back of him. If anyone can come with me then so be it, then I heard the Ducati, which is the loudest bike on the track, he stuffed it up the inside and it was clear he wasn’t going to let that race win go.”

Walking away with the Championship lead, a content Leon Haslam said: “I’ve got to be happy, a win and a third after Saturday night I would have definitely took that. I felt more in control mid race distance in race one than race two, because I felt I had a lot left in race one, and honestly race two I had nothing for Richard and Shakey.” 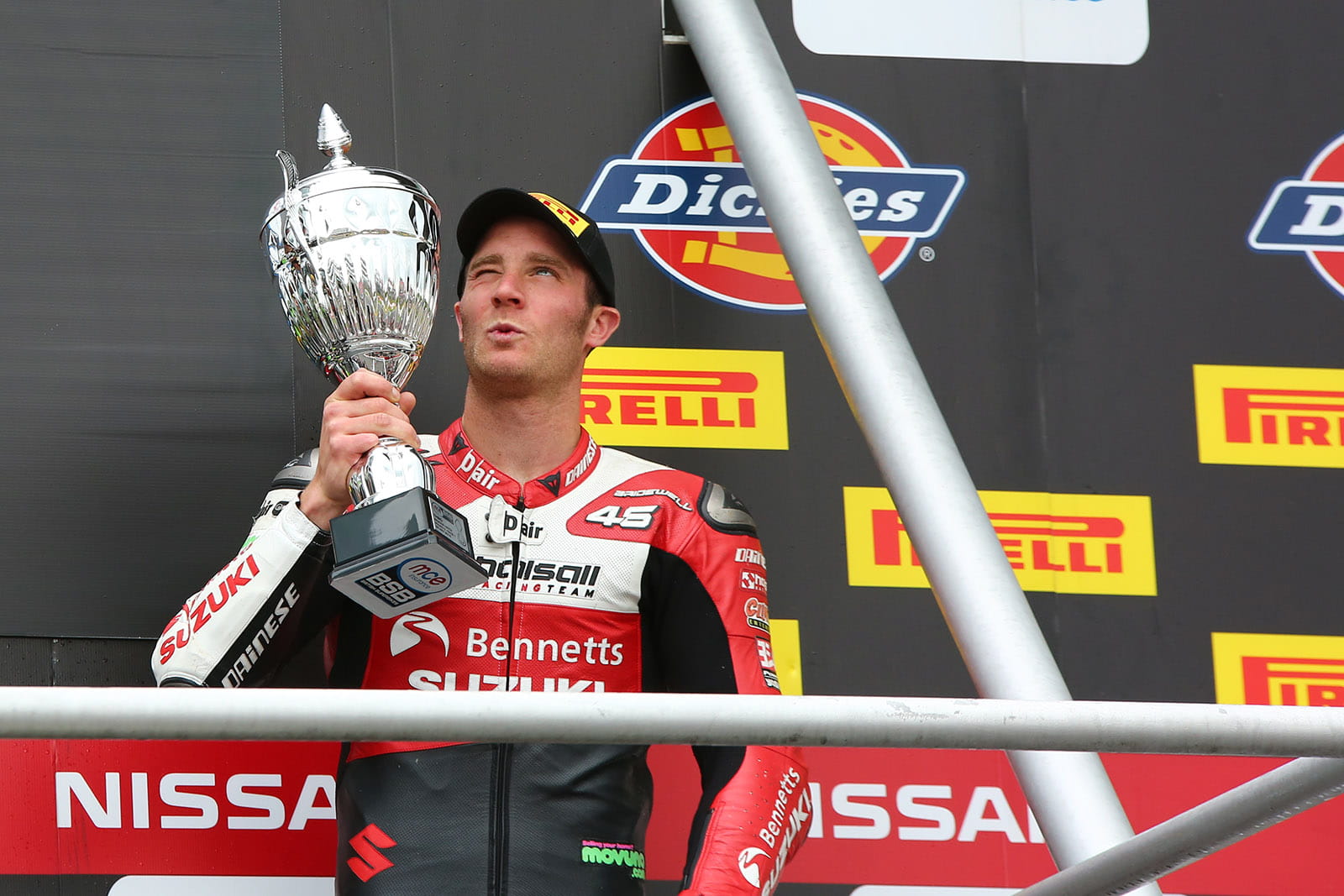 It was a positive weekend for sole Bennetts Suzuki rider Tommy Bridewell who took to the podium in race one, and walked away with a fourth place in race two.

Championship leader coming into this weekend Christian Iddon had a weekend to forget, leaving the Kent based track with an eleventh and seventh place finish, dropping him down to third in the standings on 86 points.