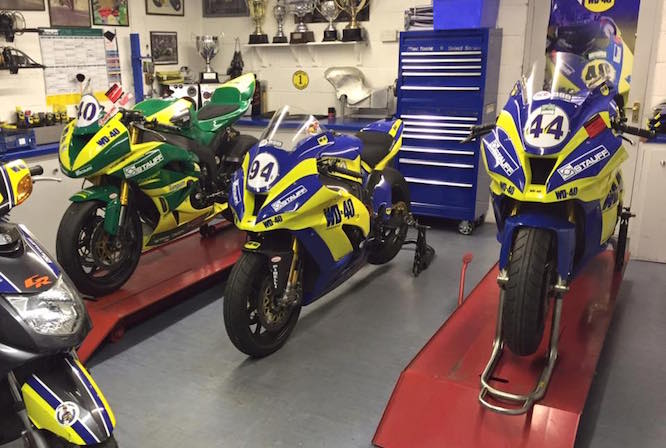 British Superbike squad Team WD40 is offering a reward for any information following the theft of three race bikes overnight.

The team’s two Kawasaki ZX-10R BSB contenders plus their ZX-6R supersport bike and a host of spare parts were stolen from the team’s Sheffield base in a break in last night.

The bikes are due to be campaigned by Jack Kennedy, Sam Hornsey and Tarran Mackenzie in this year’s British Superbike and Supersport championships with testing already underway for the team.

All three bikes are stamped with unique Datatag markings meaning they will be easily identifiable and difficult to sell on.

The team is offering a significant reward for any information that leads to the return of the bikes.