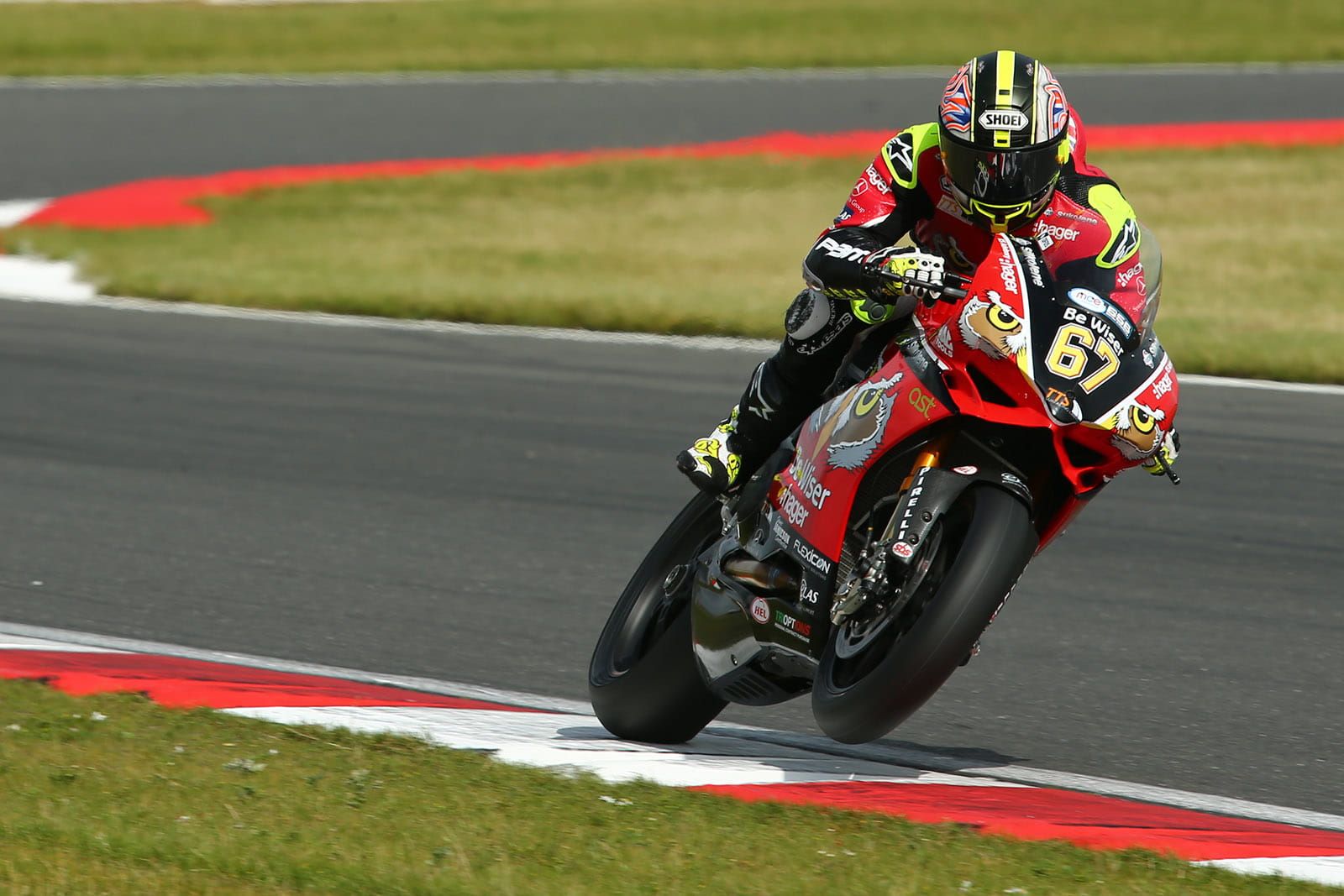 Shane 'Shakey' Byrne made it two pole positions in a row at Snetterton, beating Leon Haslam by half a secondon the exciting return of Superpole to British Superbikes.

It was Championship leader Leon Haslam that led the way until Byrne took the advantage on his sole flying lap, to line up in pole position for the 44th time in his career. Haslam will start tomorrow's first race just behind Byrne in second place with Honda Racing's Dan Linfoot in third.

After rain earlier in the day nearly threw the newly reformed Superpole into doubt, the sun dried out the track prior to the dash for pole but in an earlier session oil was dropped on the racing line.

This season has seen the return of the drama filled format, however due to inclement weather and not being run at the shorter tracks such as Knockhill and Brands Hatch Indy, it has been postponed at every round until today. The system sees all nine riders on track for one out lap and one flying lap at 30 second intervals.

Q1 saw a crash for Quattro Plant Tec-Care Kawasaki man Luke Mossey with eleven minutes to go, who had run quick times in free practice, and was one of the favourites heading into qualifying. Other major names to drop out of the first session was EPayme Yamaha's Stuart Easton and three time British Superbike Champion Ryuichi Kiyonari. 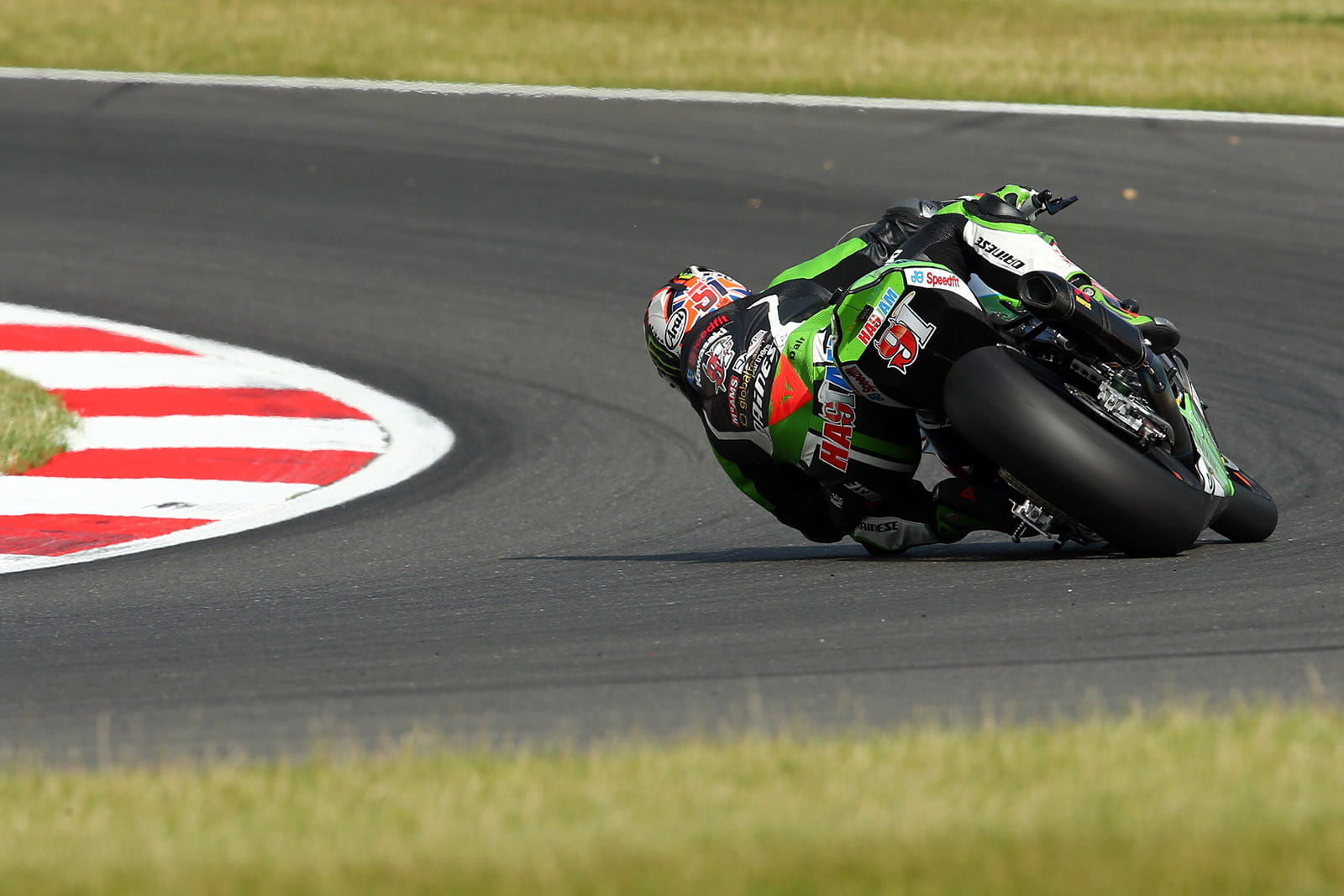 In the victory circle Shane 'Shakey' Byrne said afterwards: "Snetterton has been good to me in the past, but it's been cruel to me as well. There were a couple of years that I never made it past turn two. What surprised me about the lap time to be honest was the oil that was dumped at turn one, because I wasn't very brave through there I've got to admit.

"It's always a little bit difficult when you're riding up the start finish straight and all you can see is cement dust. The bike was pretty much faultless, so I'm really, really happy."

Speaking after Superpole a pleased Leon Haslam said: "I've got to be happy with that, to be honest I was happy to be on the front row never mind second. We have had a few issues this weekend, and we went into Superpole a little bit in the unknown not knowing how it was going to run, or if we could put a lap together.

"We put a lap together but it was cautious lap rather than having to attack it. We have come over quite a few issues this weekend and with the bad weather conditions it has made it even tougher for us. It's all about controlled aggression in Superpole, you can't make a mistake and scrap that lap and have another go, that is what I did, rode quite cautiously, but because I was on line the lap time was good and I'm happy with that." 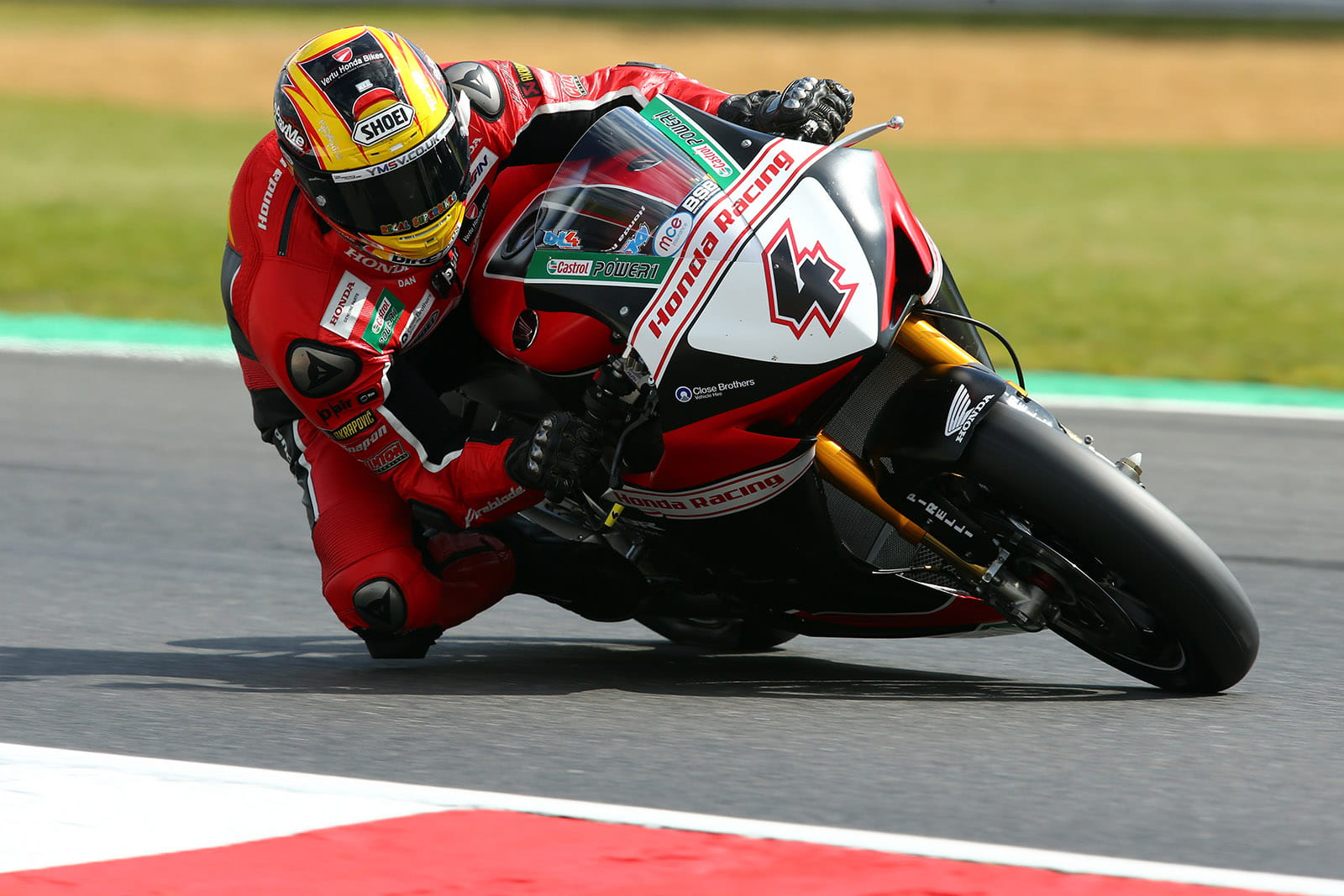 "I'm definitely pleased to be on the front row," said an excited 'Linny'. "It's not something that has been my speciality to be honest with qualifying, but I know I need a good grid slot to put myself in with a shout for the races. The lap wasn't perfect, I made some errors and I would of liked to have gone faster, but I guess everybody would. I've got to look to tomorrow now, get the bike setting the best we can for the duration of the races and try and bring two podiums back like Knockhill."

Series returnee Broc Parkes heads up row three in seventh with Christian Iddon and Richard Cooper alongside in eighth and ninth.