Peter Hickman: "I didn't think we were going to be that strong!" 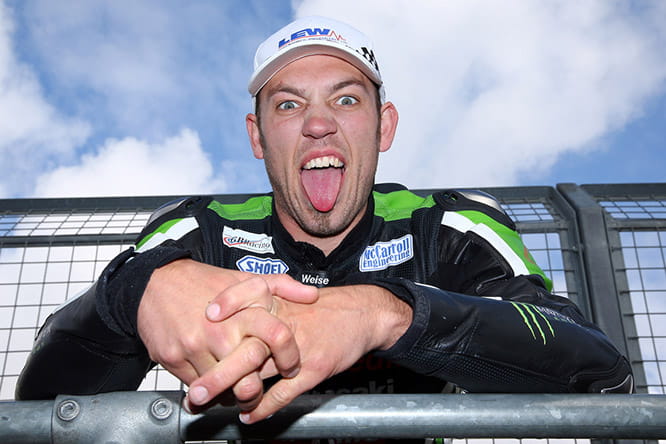 There would have been a lot of money placed on a JG Speedfit Kawasaki rider winning a race at the first round of the 2016 British Superbike Championship, but very few would have put their notes down on Peter Hickman to be the one to do it.

With Leon Haslam having come back from the World Superbike Championship after winning the last race of last season and James Ellison a strong title contender for the past two seasons, Hickman has been somewhat overshadowed by his more experienced team mates in the build-up to 2016.

Couple that with a tough pre-season testing with a mysterious chatter problem refusing to go away, odds on Hickman taking victory were certainly long.

Having qualified 16th on the grid for race one, the 29-year-old had his work cut out but super-quick pace saw him cut through the field and begin to pick off the leading pack before an engine problem cruelly ruled him out.

His pace was enough to to secure him a front row start for the second race and gave him the platform to be in contention from the off. 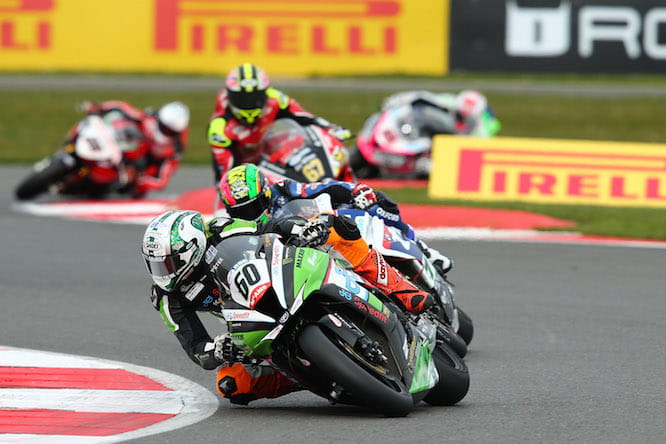 “To be honest I’ve even shocked myself this weekend. We’re still learning with the bike and we came here suffering a lot with chatter,” he explained. “We kind of made it better in testing but never got rid of it so we came here and decided to make a dramatic change and go a completely different way.”

“The bike is now very different so I needed to spend some time on it to learn it when we arrived on Friday but the weather made things difficult. Q1 kind of went OK for us but we made a change for Q2 and that kind of knackered us and we ended up 16th.

“Another change for warm-up and that seemed to dramatically improve things, even though conditions were iffy I was able to match the sector times I was doing in qualifying so I was already feeling good.

“I didn’t think we were going to be as strong as we were! Especially at the start of the race, I went from 16th to be on the back of the leaders in a matter of laps. I was able to run a really good pace and while the others dropped off, I reckon we could have kept the pace so it’s a shame we had that technical issue or it could maybe have been a double.” 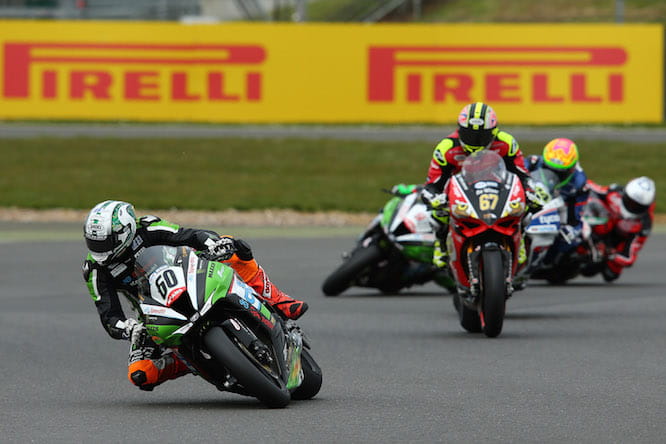 Hickman admits he was the least likely candidate to take the win in the JG Speedfit Kawasaki team, but points out there is no hierarchy or preferential treatment in the Louth-based squad.

You’d have put your money on Leon ahead of this weekend, anyone would!” he said. “He’s been the fastest out of the three of us all through testing and he seemed to gel with the bike much better than James and I did. Stranger things have happened though! I knew after race one I was strong and I thought I could win. The team is really even, all three bikes are the same, we all get the same resources and there’s nothing different between any of us and it’ll stay that way all year.”

The team’s technicians worked hard to get three bikes ready in the build-up to the first round meaning there are still some things, including an all new fuel tank and seat unit, they still want to try.

“The bike isn’t quite not finished but there are still things the team want to do so I think there’s a lot more to come.  Not just from the bike either, there’s still more to come from the team. It’s still all very new so for us to be able to win from round one is mega and it’s only going to get better.”

“Starting from the middle of the grid in race one, until we had the mechanical DNF, Peter was catching the 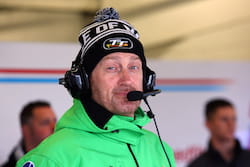 leading bunch quite quickly and in the process bagged himself a front row start.

“It was quite clear he had the form and that start gave him the platform he needed to fight at the front. I think the great thing about it is that Shakey came back at him like we knew he would and Pete didn’t give up, fought back and gave it everything for the win.

“He’s a good guy and some would call him an underdog but today he had the opportunity to win a BSB race and took it with both hands. People have said we could have three showdown contenders in this team and today has proven that.”