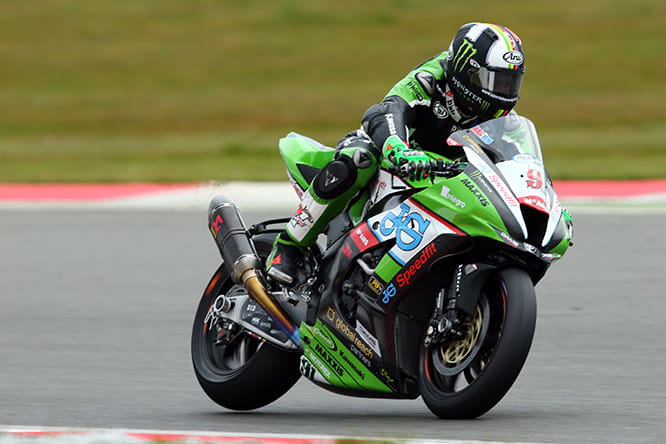 Leon Haslam marked his return to the British Superbike Championship in style at Silverstone by taking pole position for tomorrow’s first race.

With rapidly changing conditions and a slightly damp track, race bosses declared qualifying a wet session meaning the return of one-lap superpole would be held off until the next round at Oulton Park.

Riders headed out on slicks for the first 18-minute session, which claimed a number of big-named casualties including JG Speedfit’s James Ellison, who fell in the early stages, and Stuart Easton on the ePayMe Yamaha.

The weather held off for the remaining two sessions with Haslam going on to take pole by 0.01sec from Honda’s Jason O’Halloran.

“Today was probably one of the most nerve-wracking days of my career!” he said. “This morning was the first time I’d ridden the bike in the wet and conditions in qualifying were still dodgy. It was the first time we’ve used the soft tyre in a while so we didn’t really know what to expect. I’m more relieved but super happy, the team has done a great job and I just want to race now!”

Riding competitively for the first time since breaking his leg in a qualifying crash at Thruxton last year, O’Halloran has shown strong pace throughout the weekend aboard the CBR1000RR Fireblade. 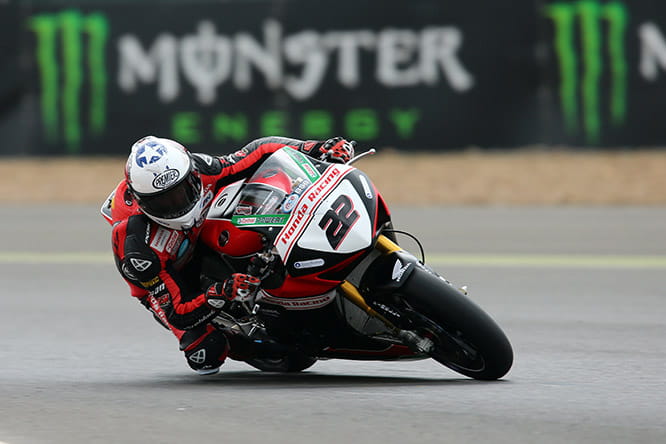 “With it being my first qualifying session for a while I was a bit stressed at the start, especially with the in between conditions,” the Aussie commented. “The boys have done a great job with the Honda this year, it’s a lot more rideable and I’m not having to fight it all the time. I’ve surprised myself and the team a little bit by doing it so early in the season and it’s great to have something to build on.”

Tyco BMW newcomer Christian Iddon completes the front row after an impressive opening weekend.  “I tightened up a bit in Q2 so to get a good result I had to loosen up a bit and pull my finger out,” he said. “The cold and iffy conditions didn’t help but I’m happy to be in P3 for tomorrow. It’s nice to be back on a bike that can do the times lap after lap and have a bit of consistency. I’m really chilled and looking forward to tomorrow’s race.”

Shane Byrne leads row two for his first race on the Ducati Panigale ahead of Luke Mossey and the second Tyco BMW of Michael Laverty.

A brace of Yamahas head up row two with John Hopkins leading James Rispoli in seventh and eighth respectively. Dan Linfoot will start ninth after technical difficulties ruled him out of the final session.