Chris Walker: 300 races in and not giving up yet 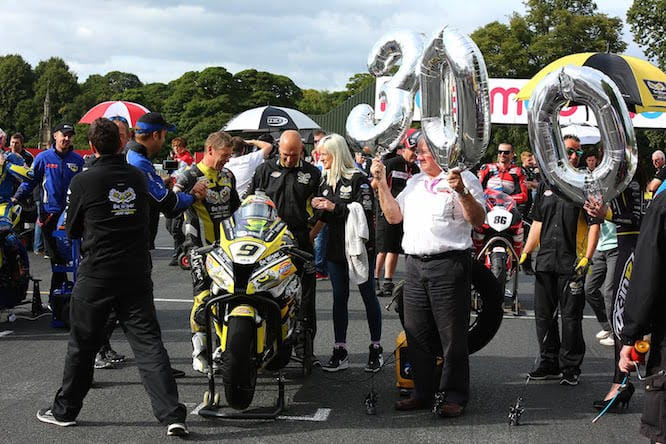 Fans’ favourite Chris ‘Stalker’ Walker celebrated his 300th British Superbike race in yesterday’s first outing at Oulton Park and despite being the oldest on the grid, he’s not ready to hang up his helmet just yet.

Walker made his British Superbike debut in 1996 with Ducati, before moving to Rob Mac’s Cadbury’s Boost Yamaha squad and fighting for the title in 1997, taking his first ever victory at Oulton Park before finishing second in the overall standings to team mate Niall Mackenzie.

Moving to Kawasaki for 1998 and 1999, Walker again finishing second in the championship on both occasions. A move to Paul Denning’s Crescent Suzuki squad in 2000 saw Walker’s strongest title fight to date. After a season long battle with GSE Ducati’s Neil Hodgson, Walker looked poised to take the title in the final round at Donington Park. All he had to do to take the crown was finish in the points in the final race, but a terminal engine fault with two laps to go saw him ruled out of the race and gifted the title to Hodgson.

Walker spent the next few years on the World Stage before returning to Britain in 2007 once again with the Crescent Suzuki outfit, now in Rizla colours.

After a short-lived return to the world stage, Walker made his full-time return to British Superbikes in 2009 with Rob Mac, before switching between Suzuki and Kawasaki in 2010. For 2011 he joined forces with Bournemouth Kawasaki, where he remained for 2012 and took his 21st BSB victory in difficult conditions at Oulton Park. 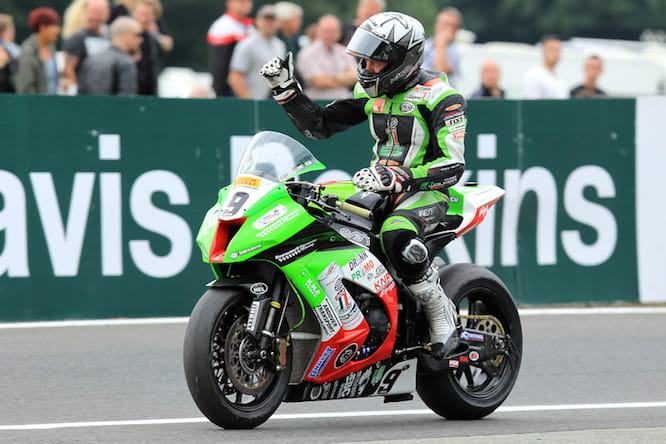 “It’s incredible to think I’ve done 300 races,” Walker told Bike Social at Oulton Park. “What made it feel most special was seeing Terry Rymer on the grid, he came and put his arm round me. Terry was my first ever team mate in 1996 and he says to still be racing at this level for this long is good going and I am an old fart really, I’m the oldest on the grid now Rutter’s gone! My younger team mate [Danny Buchan] has been on the podium today so it does make me realise I’m coming to the end of my career but we’ll see if I can sneak in another year yet before calling it a day.

“The one race that stands out is the win I had here in 2012. I’ve had so many great battles, all of those with Hodgson, getting knocked off at the last corner, but the win I had with Bournemouth Kawasaki here, I had to catch and pass Brookesy, I had to catch and pass Tommy Hill, Shakey and Shakey did a double take when I went past, I’ll never forget that. The crew I’ve got now were working with me then so it’s great. I’d had a long break since my last win so it was great. We’ve had some real strong races.” 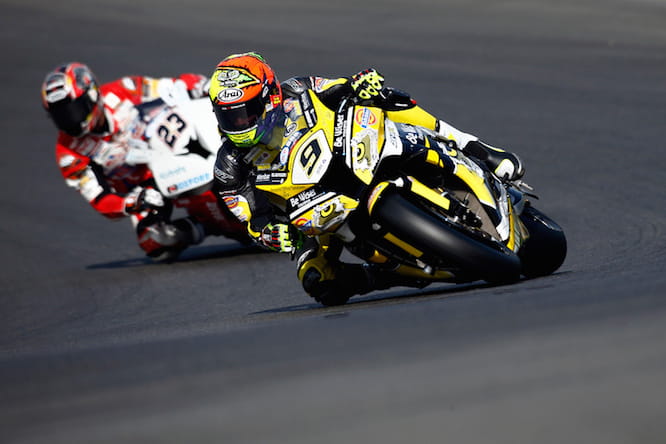 2015 hasn’t been one of Walker’s strongest seasons, a number of crashes have made things difficult for the Be Wiser Kawasaki rider but he’s confident of finding form.

“We’ve had a few DNFs we could have done without as we got into the top six of the championship at Snetterton and then fell off, we had a double DNS at Knockhill which is the first time that’s happened to me since 1994. It has been tough but we’re getting back up there now, I nearly got in the top ten in race one here so we’ll see what we can do.”

Despite the challenging year, Walker hopes to be able to retain his seat in the team for 2016 before finally hanging up his leathers.

“I’d like another year, if I can get a competitive ride. I’m happy with the BeWiser Kawasaki team but whether there’s a space for me or not I don’t know. I would like to do one more year.”