PBM switch to Ducati for 2016 with Byrne and Irwin 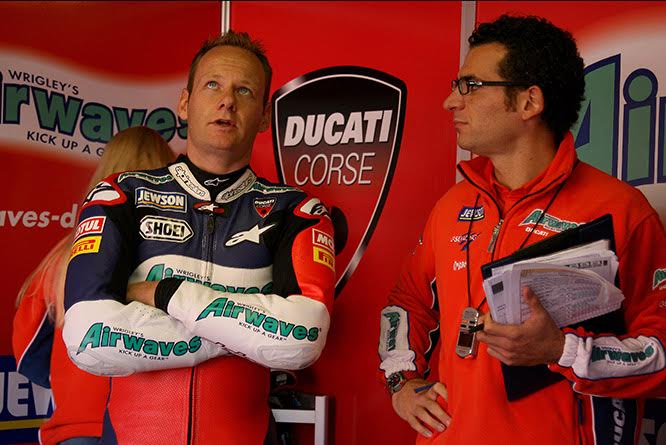 Four-time British Superbike Champion Shane ‘Shakey’ Byrne will make a sensational switch to Ducati machinery for the 2016 season with the PBM Team.

It was announced at Silverstone that Byrne would be remaining with the team, but no mention as made as to what manufacturer they would work with.

The Cumbrian team has a rich history with Ducati, having taken back-to-back British titles with the Bologna factory in 2002 and 2003 with Steve Hislop and Shane Byrne respectively. Byrne also took the crown with Ducati aboard the 1098 in 2008.

It’s been no secret the squad have suffered issues with Kawasaki’s ZX-10R this season, with Josh Brookes looking likely to beat Byrne to the title at Brands Hatch this weekend.

The Ducati Panigale has struggled to make an impact in British Superbikes since its introduction to the series in 2011.

However, since the Lloyds British MotoRapido Team signed American John Hopkins earlier this year, the bike has shown flashes of pace and scored some of its best results despite a plethora of technical issues.