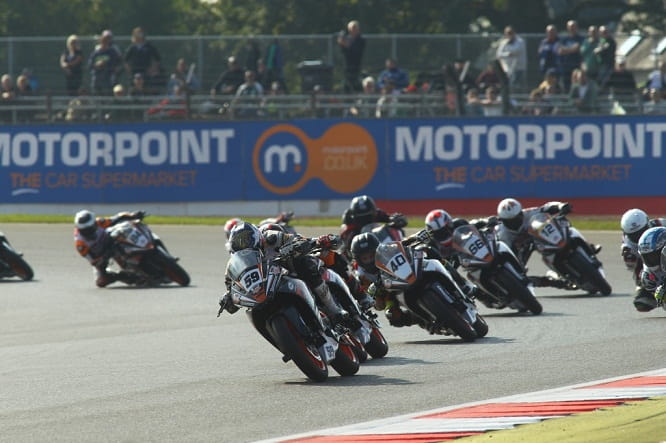 While the two BSB races may have taken the prime time slots, the racing was almost overshadowed by 24 young’uns razzing around Silverstone’s 3.6 mile GP circuit as if their lives depended on winning.

The kids, aged between 12-19, came from as far as the United States to compete in the World Cup Final – and the races weren’t to be missed.

We counted 15 riders scrapping for the lead in the first race, elbows out with multiple overtakes throughout this pack on every corner from the first to the final lap. 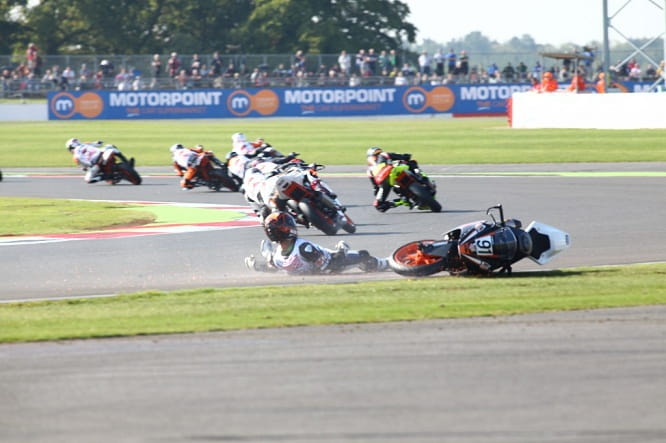 There were occasions when five or more riders would be heading into a corner looking for the same bit of tarmac – had this race taken place at a circuit narrower than Silverstone, it would have been absolute carnage.

The fast, flowing and wide nature of Silverstone made it the perfect venue for 24 testosterone kids to battle it out in the name of their country.

The Cup was won by Dutchman Djim Ulrich, 15 years old, after taking second in the first race before a stunning ride to victory in race two. Ulrich took home the prize of a brand new RC390 plus coaching from a Red Bull KTM Moto3 rider.

16 year old Cameron Fraser won the British title in the race, finishing 14th overall but 4th in the British category.