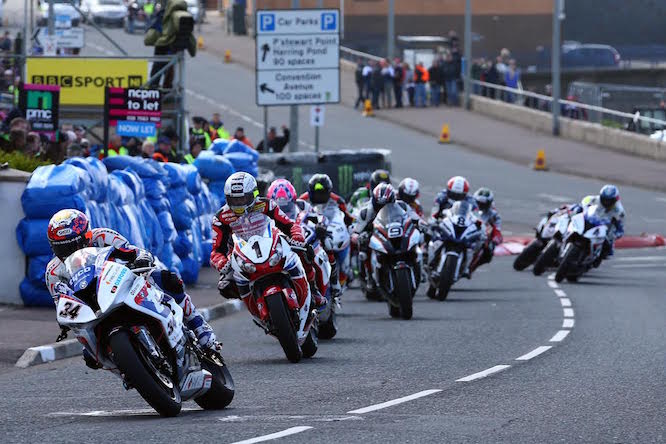 The Carrickfergus rider looked set to beat Dunlop’s tally of 15 victories until he was pipped to the post by Lee Johnston in the second Superstock race before being denied a final shot as the Vauxhall Superbike race was abandoned because of high winds.

Seeley got off to a strong start earlier this week securing a hat-trick of pole positions before going on to win Thursday night’s Supersport race and showing strong in a red-flagged Superstock battle.

The re-run of that Superstock race was red flagged this morning after an incident on the second lap involving three riders. Dean Harrison was declared OK but Horst Saiger and Stephen Thompson were taken to hospital by ambulance. A female spectator is in a critical condition after getting caught up in the crash when one of the fallen bikes passed the safety fencing.

The race was abandoned, with the second Superstock battle to be run later in the day. Seeley became the event’s second most successful rider ever in the Supersport race, however, it didn’t come easy. Newcomer Glenn Irwin fought tooth and nail with the Tyco Suzuki man until the bitter end, with Triumph’s Lee Johnston never far behind. 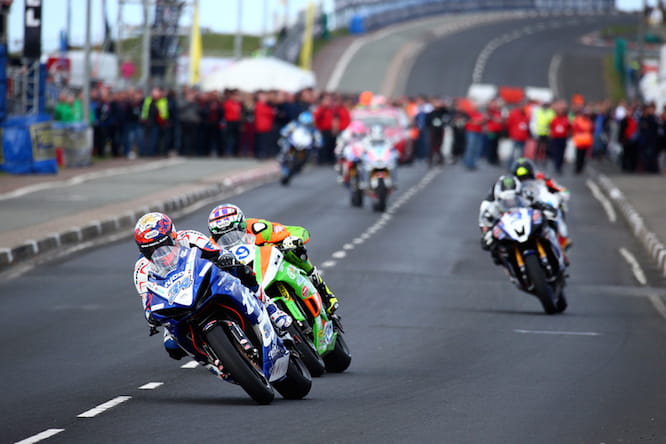 It was in the Monster Energy Superbike race that Seeley matched Dunlop, taking victory over Ian Hutchinson who stepped on to the podium for the first time since 2010. Bruce Anstey finished third.

Johnston pipped Seeley in the re-run of the Superstock, with Hutchinson taking his second podium of the day for PBM Kawasaki.

Michael Dunlop’s International Roads debut with Milwaukee Yamaha didn’t go to plan, he failed to finish the Superbike race aboard Yamaha’s new R1 but did take a fourth-place on the MD Racing Yamaha in the Superstock class.