Bridwell: "We've turned it around" 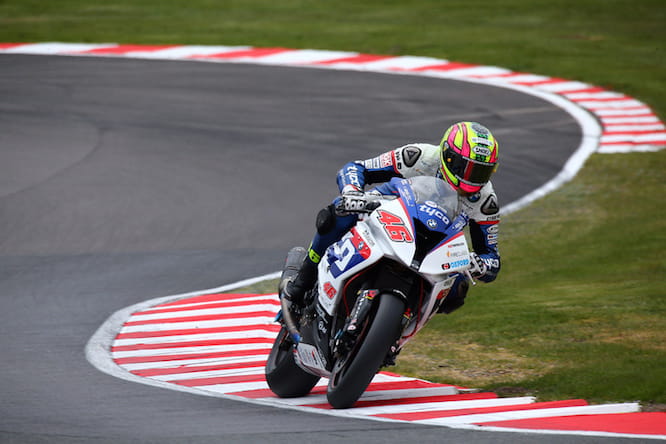 Tommy Bridewell has said the Tyco BMW team has turned things around for him at this weekend’s third round of the 2015 British Superbike Championship at Oulton Park.

The West Countryman missed out on pole position in this afternoon’s qualifying by just 0.014 seconds, taking his first front row start of the season.

Bridewell and the Tyco BMW team have endured a tough start to the season as they get used to the new BMW S 1000 RR Superbike, but he reckons they’ve now turned a corner ahead of tomorrow’s two races.

“The Tyco BMW is working good; the team have turned it around for me massively with some new parts but it’s a lot of work to do,” said Bridewell. “It’s a long season and it’s about time we started pulling our weight really. We’re not far off so we should be there tomorrow.”

Striving for perfection as always, Bridwell says they’re still struggling with a few electronics issues but seems to be feeling confident for race day.

“We’ve got a bit of an issue with the electronics so I’m a bit disappointed. I think if we had the power where it should be then we could have been stronger but hey ho, a front row will do for tomorrow. The bottom line is it’s only qualifying and it’s the races tomorrow that count.

“We’ll see what the weather does. We’ve now managed to get the bike to work with the zero and we’ve got good race pace. That’s where we’ve been struggling as we’ve had to use the harder tyre and just haven’t had the grip to battle. Now we can race on the softer tyre it should really help us.”