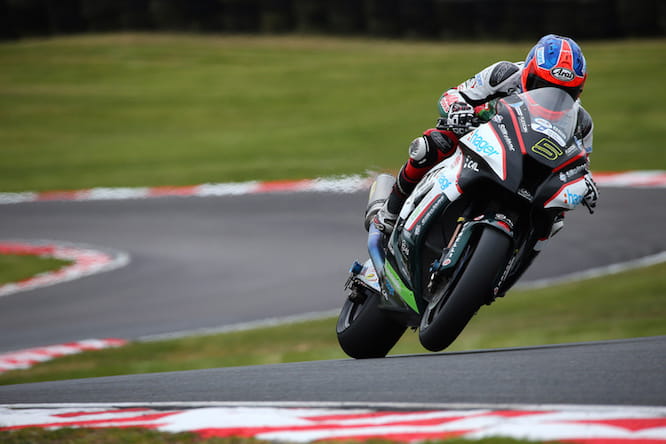 Byrne took the holeshot in the first race but Brookes was round the outside coming down the hill to take the lead. Bridewell slipped past the PBM Kawasaki at Cascades before taking the lead after a moment for Brookes into the Britten chicane.

Bridewell etched a gap in the first ten laps, but the Milwaukee Yamaha of Josh Brookes slowly reeled him in to sit on the rear of the BMW S 1000 RR.

However, Bridewell was on rails around the 2.7-mile circuit. Unable to get past, Brookes was forced to settle for second ahead of Byrne, who was pushed hard by teammate Stuart Easton.

Ryuichi Kiyonari dropped off the pace at mid-distance to eventually cross the line fifth ahead of James Ellison and Jason O’Halloran.

Easton led into Old Hall at the start of race two but Kiyonari shot into the lead after three corners. Race one victor Tommy Bridewell sat in third before taking second place from the PBM Kawasaki. The Devizes rider slipped up the inside of Kiyonari into lap three to begin his quest for victory.

That charge didn’t last long though, with the Tyco BMW dramatically crashing out on the fourth lap.

A mistake from Kiyonari saw Byrne slip up the inside into Shell Oils on lap nine, but the Japanese star returned the favour into Lodge later that lap. 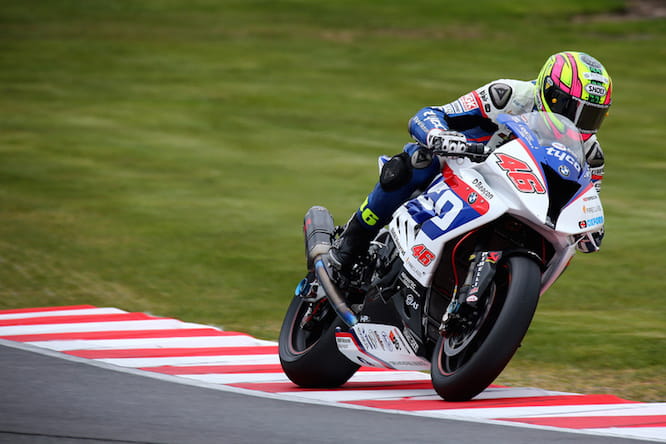 A brave Stuart Easton passed teammate Byrne into Old Hall on lap twelve to take second place and lead the chase for Kiyonari with the gap at just 0.213secs.

The battle intensified with four laps remaining, Byrne passed Easton into Cascades before a huge moment for Kiyonari let Byrne into the lead. Again the Buildbase BMW tried to come back into Lodge but went an inch too deep allowing the Kawasaki to get the drive up the hill.

Looking to re-take the lead at Brittens, Kiyo outbroke himself crashing into Byrne’s back wheel taking the pair of them out.

Despite pressure from Ellison and Brookes, Easton crossed the line to take his first victory since 2010.

Laverty took fourth ahead of Jason O’Halloran. Mainwaring-Smarth crossed the line sixth ahead of Cooper and McConnell with Walker and Jackson rounding out the top ten.