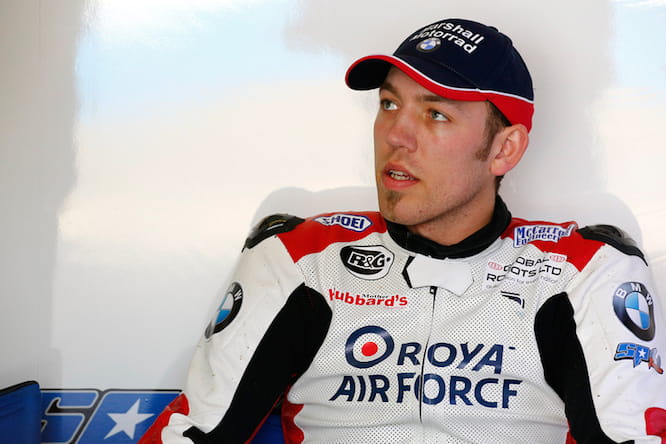 Peter Hickman has been forced to withdraw from this year’s North West 200 races as a result of injuries sustained in a crash at the Oulton Park British Superbike round.

The Louth-based rider crashed heavily in Saturday’s wet free practice session on entry to Druids, falling from his machine at over 150mph. Following his bike into the wall, Hickman was initially diagnosed with a posterior rib fracture but it has since been revealed he also suffered two breaks to the C4 vertebra.

The RAF Reserves Briggs BMW rider was ruled out of further action at Oulton Park, and has since opted to sit out the first international road race of the season in order to recover in time for the prestigious Isle of Man TT.

“We had a big crash over Clay Hill on the kink coming into Druids in the wet and for some reason I managed to tuck the front through the left”, said Hickman talking to Bike Social. “I was just picking the bike up ready to go right but I just tucked the front and went straight into the wall. The bike hit the wall first and then I hit the bike so the bike had a softer landing than me!” 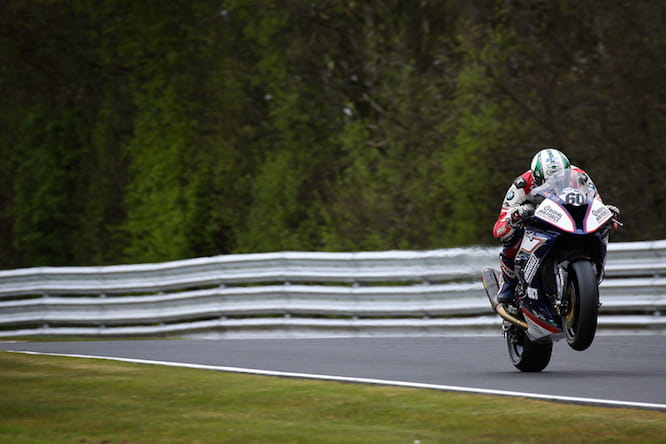 Announcing Hickman’s withdrawal, RAF Reserves Briggs BMW team boss Lee Hardy said: “It’s deeply disappointing for Peter and everyone connected with the team that we’ll be unable to take part in the north West 200 but his injuries from the crash on Saturday are a little bit worse than we first thought. Having had such as good debut 12 months ago, Peter was obviously looking forward to returning so we’d like to apologise to Mervyn and his team, as well as all the thousands of race fans that we won’t be there in 2015.”

Hickman stunned the road racing world in 2014 by not only finishing fastest newcomer at both the North West 200 and Isle of Man TT, but doing so in an impressive fashion setting the fastest ever lap set by a newcomer at both events.