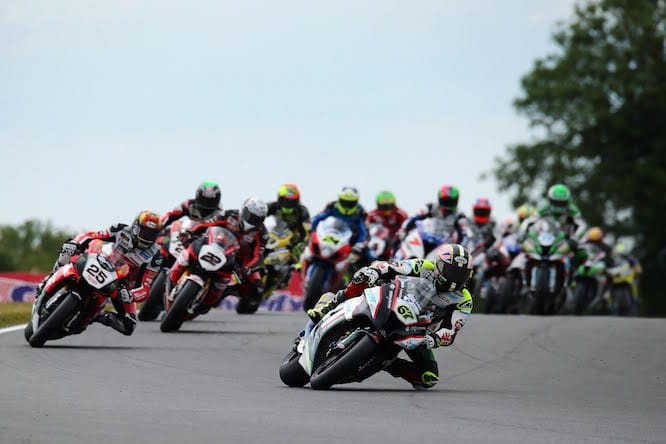 Byrne vaulted off the line in race one to lead by almost two bike lengths into the first corner ahead of the Honda of Jason O’Halloran and BMW of Michael Laverty.

The PBM Kawasaki man did his all to disappear into the distance as the order settled behind. Laverty dropped back through the field in the first five laps before eventually retiring on the Tyco BMW to mark another difficult race for the Northern Irish squad.

O’Halloran got into a good rhythm in second but it was Josh Brookes who was on the move, charging through the back into the mid-point.  The Yamaha-mounted Aussie caughted his compatriot on lap eleven before moving into the runner-up spot. Despite trying, Byrne’s lead proved insurmountable for Brookes leaving the four-time champion to cruise to his second victory of the season. 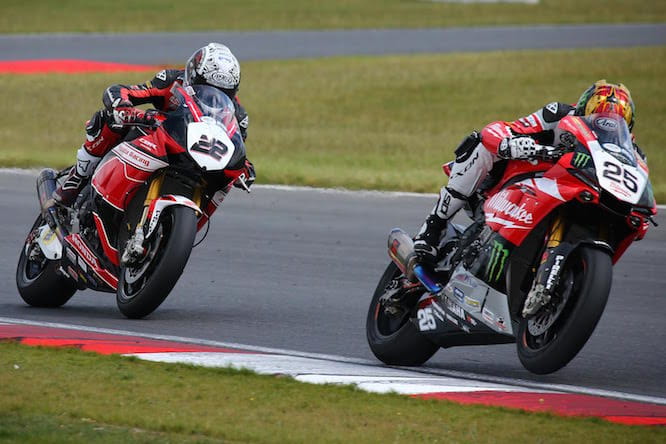 Byrne got off to another strong start in race two but with Brookes having qualified on the front row, the Milwaukee Yamaha man put the pressure on in the early stages.

Byrne’s pace seemed to prove too much for Brookes, who became locked in a three-way Aussie battle for third with O’Halloran and Broc Parkes.

Ryuichi Kiyonari’s weekend went from bad to worse as he crashed out in the early stages. Taylor MacKenzie was also forced out of the race when his Team WD-40 Kawasaki set on fire with the 22 year old still on board.

Struggling with engine-braking issues, Brookes dropped back as far as sixth towards the mid-stage. As he got used to his problems, he learned how to ride around them and progressed back through the pack to re-take with a lunge under O’Halloran on the 12th lap.

After losing his championship lead with the race one DNF, James Ellison’s pace dropped off in the closing stages of race two with the Cumbrian falling back to seventh place.

Byrne eventually crossed the line with a five second lead, with Brookes holding off the confident Jason O’Halloran for second.