Pole for Shakey as conditions catch out rivals at Snetterton 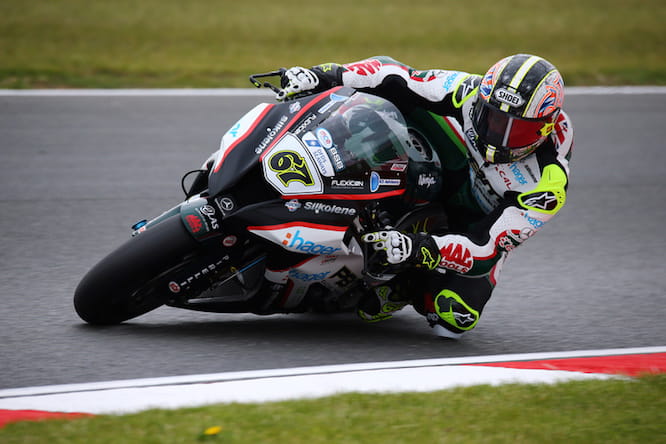 Shane ‘Shakey’ Byrne took pole position at Snetterton this afternoon as a mid-qualifying rain shower caught out a number of big players ahead of tomorrow’s first race.

Clouds threatened ahead of the 15-minute Q1 session but the rain held off, with Byrne leading the way ahead of Yamaha’s Josh Brookes. At the other end of the field, Pete Hickman was the first name knocked out in 20th position, ahead of Chris Walker and James Westmoreland.

Spots of rain delayed the start of Q2 by five minutes but the track remained dry when riders headed down gasoline alley at the start of the session. However, the dry track didn’t last long as the rain poured down four minutes in.

James Ellison was first to be caught out by the tricky conditions as he slipped off the JG Speedfit Kawasaki at Riches before he could get back to the pits. The session continued to run despite the rain, meaning any rider who hadn’t lapped fast enough on their only flying lap wouldn’t progress to the wet Q3. This included Buildbase BMW’s Ryuichi Kiyonari, who will start tomorrow’s first race in 18th position. 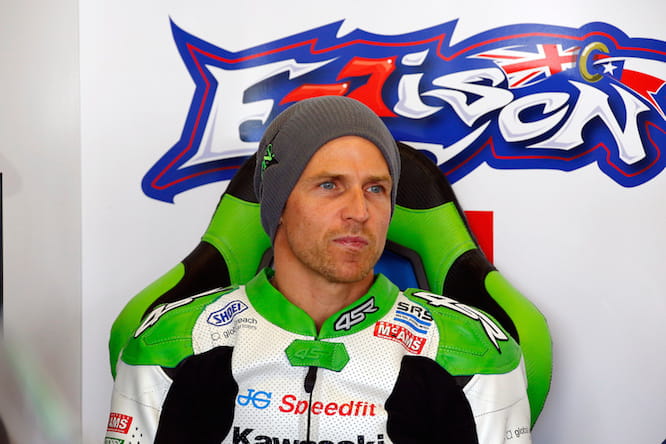 Q3 was held under wet conditions over 20 minutes, with the first ten untimed to allow for wet practice. However, with the sun now out and the track drying up – riders headed out on slicks as the timer was switched on.

Honda’s Jason O’Halloran set the early pace, but it would be reigning champion Byrne who clinched the top spot with two minutes to go. O’Halloran retained second ahead with his Honda teammate Dan Linfoot sneaking into third in the closing stages.

Josh Brookes will head the second row on the Milwaukee Yamaha ahead of Tyco BMW pairing Tommy Bridewell and Michael Laverty with Stuart Easton, Luke Mossey and Josh Waters on row three.

James Ellison, who was unable to get out following his Q2 crash despite setting a time to progress into the final session, will head up the tenth row.