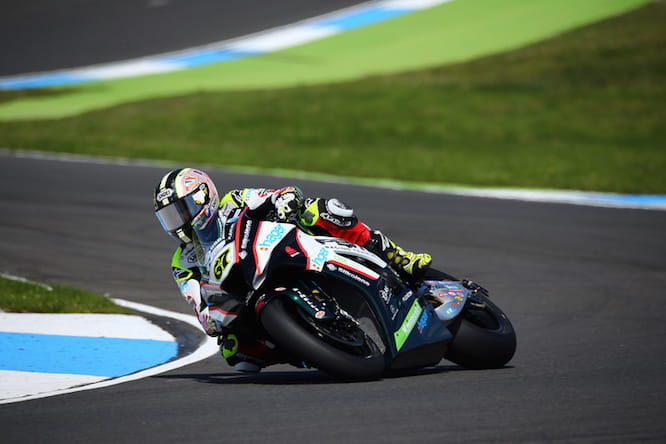 Shane Byrne has qualified on pole for tomorrow’s first British Superbike race at Knockhill despite crashing out of Q3 with three minutes to go.

The PBM Kawasaki man’s time of 48.153 seconds was enough for him to secure the top spot despite his spill, with neither teammate Stuart Easton nor Yamaha’s Josh Brookes able to match his time.

Easton will start his home round from second on the grid ahead of Brookes, with Honda’s Jason O’Halloran heading the second row ahead of Ryuichi Kiyonari and the injured James Ellison, who is still suffering from the broken ribs he suffered in his Snetterton qualifying crash. 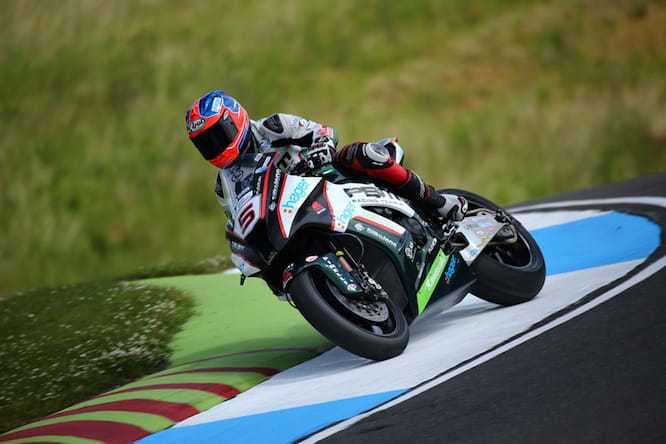 Michael Laverty starts seventh ahead of Be Wiser Kawasaki man Danny Buchan, with Dan Linfoot and Luke Mossey rounding out the top ten.