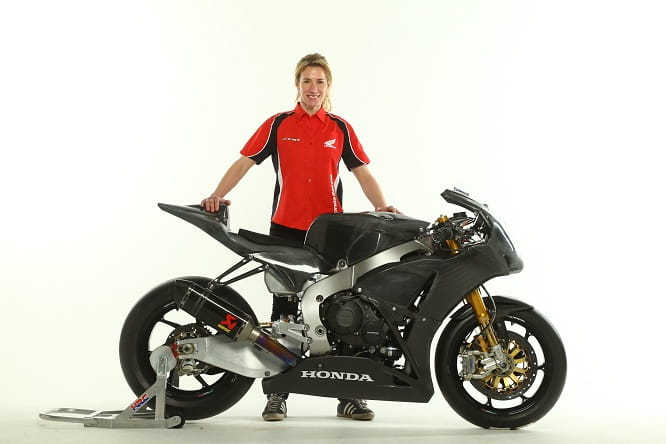 Jenny Tinmouth will become the first female British Superbike racer to join a factory-backed team this season as she joins Honda Racing to complete a three rider line-up.

Tinmouth joins Dan Linfoot and Jason O’Halloran in the Louth-based outfit, which returns to the British Superbike Championship this year after a one season hiatus.

"I'm absolutely over the moon and cannot believe I'm riding for Honda Racing in the British Superbike Championship. The offer was totally unexpected,” Tinmouth said.

“I went for a meeting with Nick (Campolucci) to discuss the season and had a few cheeky questions I wanted to ask about Honda helping me out with bikes, and when the offer came I couldn't believe what I was being asked.

“I went into the meeting thinking it would just be some help and came out as a full-time Honda rider. It's always been my ultimate dream to ride for the team and to have the opportunity this year is just amazing."

Tinmouth became the first woman to ever compete in the series in 2011 aboard her own, private Honda and has raced every year since. The Cheshire-based rider is also a keen road racer, holding the record of fastest woman ever around the Isle of Man TT.

Honda Racing is currently the only manufacturer-owned team in the British Superbike Championship and most recently won the 2013 title with Alex Lowes.

Linfoot and O’Halloran are currently testing their CBR1000RR Fireblades in Spain. Due her deal being done slightly later, Tinmouth  will ride the Fireblade for the first time in a team test in March.