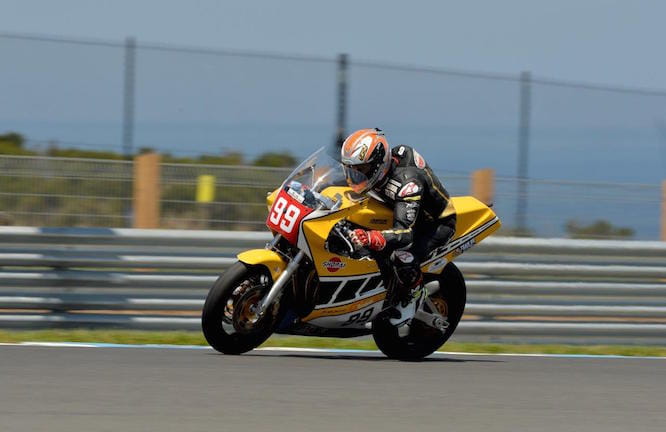 The Union Flag was flying high down under this weekend as Team UK stormed to a dominant victory in the Phillip Island Classic.

The Australian’s won three out of the four races but a plethora of technical problems for the team, headed up by names such as TT ace Cameron Donald and former endurance star Steve Martin, ruled them out of the title challenge.

Consistency proved key for the Brits, with Ryan Farquhar topping the overall individual standings despite a highest finish of just fourth place. Similarly consistent was second placed man Conor Cummins, who finished no lower than seventh in the weekend’s four races. 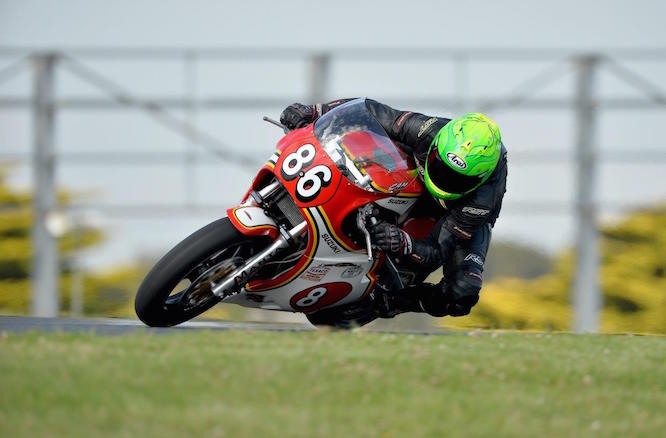 Jeremy McWilliams showed to be the fastest rider on the team, taking pole position ahead of the weekend’s racing before going on to take a strong victory in the second race. The former Grand Prix podium man suffered in the third race after taking evasive action to avoid slipping on oil dumped by Steve Martin’s 1982 Suzuki Katana. The race was subsequently red flagged but any chance of a decent result was ruled out for McWilliams as he stalled his Harris on the line at the restart. He finished seventeenth overall but a strong recovery for the final race saw him clinch third in the overall standings meaning Team UK locked out the overall podium.

New Zealand’s Damien Kavney took fourth overall ahead of home-man Shawn Giles, who won two out of the four races but a non-score in race two scuppered his chance of victory. Australians filled positions 6-10 with Jed Metcher sixth ahead of Paul Young and Laurie Fyffe joint seventh and Cameron Donald and Brendan Roberts rounding out the top ten.

John McGuinness got his 2015 racing season off to a fair start with three strong top ten finishes on the Harris F1 but failed to make the top ten overall after scoring no points in the first race.