Mackenzie name back in British Superbikes 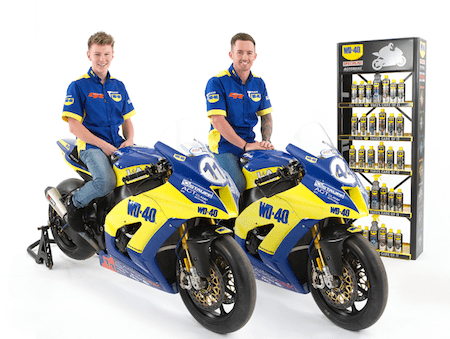 Taylor Mackenzie will step up to the British Superbike Championship this season as he joins the WD40 Kawasaki team alongside former World Supersport front-runner Jack Kennedy.

“It has always been my goal to step up to Superbike,” Mackenzie said. “I have ridden the bigger bike before and I think after being on the podium this year in the Supersport Championship it is time to step up.

"My first goal is to score points consistently and keep pushing forward all season so that I can be finishing in the top ten before the end of the season. I think that is a good goal as the pace is so close in the championship and there is so little between the top 15 riders in every session. In Supersport I kept pushing on and then last year I was on the podium, so if I can do that in BSB too I will be happy."

Taylor may lack experience in the 1000cc Superbike class but as son of three-time British Champion Niall Mackenzie, he isn’t short of advice.

“I’ve been behind Taylor since day one and progression, at least in the national series, has always been the goal,” said Niall, speaking to Bike Social.

“Moving to superbikes wasn’t initially the plan but with the things working out like they did with Tyco moving to BMW leaving no 600 seat, we decided to check out some Superbike rides. 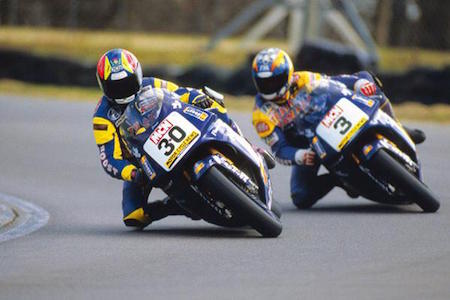 “Tyco had offered him the Superstock 1000 ride but we didn’t think moving to a series with less track time would be beneficial. Things soon gained momentum and talks for a superbike ride got serious. We talked to a number of teams, Bathams, Tyco and eventually came to settle on a deal with WD40.  We did look at staying in Supersport but the good rides were snapped up quite early.

“Opportunities like this do not come around very often and it’s not something we entered lightly, I wanted to be sure there was the right team structure in place. This is something we’ve built together, we didn’t rush into it.”

As a former champion, Mackenzie is keen to see Taylor achieve his full potential but acknowledges the family name and support can only get him so far…

“It’s not going to be easy,” he continued. “Taylor has no experience in Superbikes and just a little bit of experience on a 1000cc bike from National Endurance races. It’s a big step but this is a long-term plan. We’ve got no expectations going into this.

“Taylor has grown up with motorbike racing and he still lives at home so I’ve been there for him all along. My advice to him has been to always give 100%, whether it be in his riding, media commitments, training or dealing with sponsors. We work as a team but he is an adult now. I’ve helped him and his name has helped him but that can only get him so far, he is his own person and he’s got to prove himself.

“As I’ve said, it will be tough. There is a strong field of 30 odd riders in British Superbikes this year and most of them have much more experience than Taylor. Breaking into the top 20 will be difficult and getting points will be even harder. He’s got to take it easy, learn the bike and then we’ll go from there."