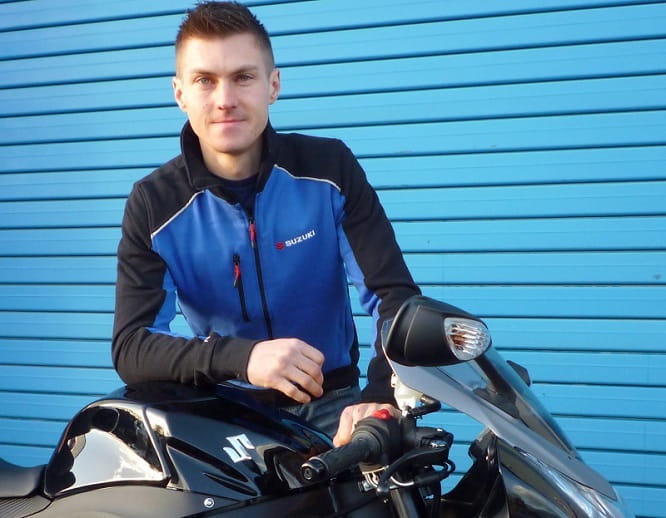 Christian Iddon will move into the British Superbike Championship for 2015 as he signs a deal with the newly-formed Halsall Suzuki team.

Iddon took a surprise pole position as he wildcarded at Assen BSB last season after his Bimota team was booted out of the World Championship for failing to meet homologation requirements.

“I had a lot of interest from teams in British Superbikes for this season”, said Iddon. “The rules make everything such a level playing field so there wasn’t much between my options. Halsall Suzuki really caught my eye; they’ve grown so much since they started racing just a few years ago.”

For the past two years, Iddon has ridden brand new machinery in the shape of the MV Agusta F3 675 which he took a podium in on World Supersport and the Bimota BB3 in the World Superbike Championship. This year he’ll switch to the Suzuki GSX-R1000, a bike that hasn’t had a major upgrade in quite some time.

“Obviously riding for a factory supported team is important but it’s not just that. Jack Valentine knows what he’s doing when it comes to the Suzuki. John Hopkins nearly won the championship for him in 2011. The bike is clearly still capable, Josh won two races in 2014 and Brookes won on it in 2013.

“When I stopped riding Supermoto I did so to win a championship, that’s still the plan so I want to be running at the front.” 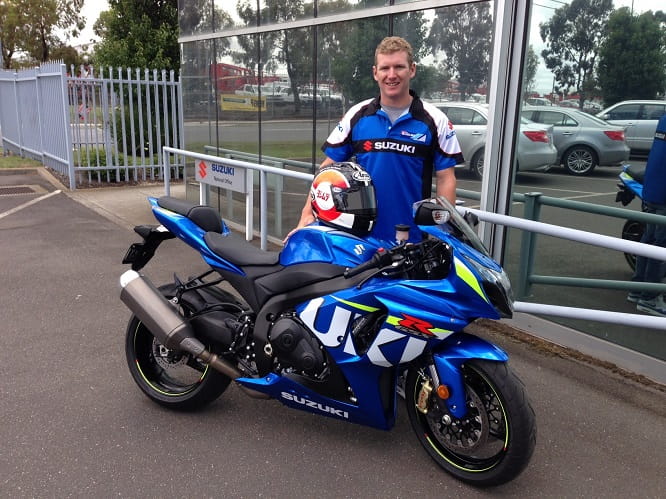 Waters has a long history of success with Suzuki having taken two Superbike titles with the marque in his native Australia. He endured a tough switch to the British Superbike Championship with Milwaukee Yamaha in 2013 before moving to the Tyco Suzuki team last season. Despite a difficult start to the year, he went on to win two races and score a number of top five results.

“I’m excited to be back in British Superbikes for a third year in 2015”, Waters said. “It’s great to be staying with Suzuki and I’m really looking forward to moving into the Halsall team. I really enjoyed riding a couple of rounds for Martin in 2013 and Jack Valentine has such great experience with Suzuki so I can’t wait to get working with him.

“The team has a good plan to make the bike as strong as possible for 2015 and I can’t wait to ride it for the first time later this year. There’s no reason I shouldn’t be able to start this season where I left off at the end of 2014”.

The team is bolstered by the expertise of legendary engine tuner Jack Valentine, who managed the championship-contending Crescent Suzuki squad between 2008 and 2012.

“I’m really pleased we’ve signed Josh and Christian to ride the Halsall Suzuki in 2015”, said the likeable Northerner. “Josh has a wealth of experience with the GSX-R and he’s already highlighted some of the areas he’d like to improve. His strong end to the 2014 season shows the bike has got potential and he is determined to get the most out of it.

"Christian joins us having spent two years racing brand new bikes in World Superbikes, impressing with podiums and front row starts on the Supersport MV Agusta and strong EVO results on the Bimota BB3. He showed the kind of results he is capable of rocking up at Assen last year with an unproven bike only to go and take pole position. I’m confident he’ll get on really well with the GSX-R.

In Josh and Christian we’ve got a really strong line-up, one that I believe is capable of taking Suzuki back into the British Superbike showdown.”